All Denver Public Library locations are open to the public with the exception of Byers, Smiley, Decker, and the Central Library. Learn more. 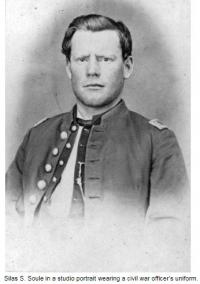 On December 1st Chivington had his troops march out heading for an Arapaho camp along the Arkansas. The camp was burned on the 30th and some isolated killing happened that day, but little else. He had suffered 10 dead and 40 wounded, the wounded being sent back to the fort. How many Cheyenne and Arapaho died is debatable, but most accept around 150, some going as high as 200 or more.

Chivington never found the Arapaho he was after, arriving back in Denver on the January 22, having a victory parade, paid for by several prominent Denver citizens. Scalps were displayed on poles; Chivington had a live eagle on a pole for himself in the parade. With their term expired, the Third Cavalry disbanded. Chivington claimed a great victory, claiming he killed between five hundred and six hundred Indians and denied later at the hearing there were any women and children killed.

In his after action report Chivington called out Cpt. Soule for disobeying orders. Chivington was hailed a hero for a time but soon Soule, Cramer and Wynkoop, who were informed by the two officers, got word out by letters. Once Congress found out what happened they summoned Governor Evans, who was in Washington at the time, to answer. A Congressional Hearing was launched and the written testimony of Soule and Cramer and others, including John Smith was used. Chivington stuck to his statement, later saying “I stand with Sand Creek.” Chivington’s term as Colonel expired and he returned to civilian life, escaping any action the military court could take against him. He was however condemned by many. Some of his supporters denied seeing any women and children killed, Another denied knowing of Chivington’s plans. Another major took the ‘just following orders’ excuse. Governor Evans was forced to resign as Governor.

Another controversy was Jack Smith’s fate. Anthony claimed that Jack had taken ill that night and died. However his father, John, and Jim Beckworth, who was made to act as a scout for Chivington, contradicted this, as did others. Jack Smith was threatened by soldiers after the attack according to John Smith. The next day John was called away from the lodge where his son was being kept, leaving Beckworth with him. John stated he heard a single pistol shot when he left. Beckworth collaborated this saying someone shot into the lodge hitting Jack, Beckworth fleeing for his life at the first shot.

Soule would get assassinated by a member of the Third, the assassin being caught in New Mexico, and brought back to Denver. He however either escaped or was let out before being brought to trial. He was never seen or heard from again. There were plenty of suspicions that Chivington could have had something to do with the assassination. Soule’s grave is visited each year for the anniversary of Sand Creek by members of the Cheyenne and Arapaho to honor him for speaking out. They do this during the annual Sand Creek Healing run, a relay race that runs from Sand Creek back to Denver to honor the victims -- the relay still runs to this day every year.

For the whole story, see parts one and two. 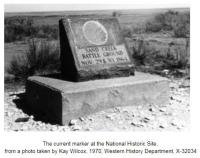 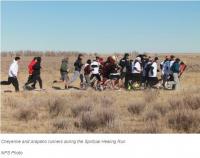 Dodie, Thank you so much for a great series. It is so sad, but needs to be remembered.

Thanks James! Brian Johnson and colleagues on the Cultural Inclusivity team came up with the idea - I was just the expediter. I agree that it is an important story that needs to be heard.