Our capstone film in this series highlighting the women auteurs of silent film ends with the first art film ever created. Though Charles Bryant is listed as director, Alla Nazimova is not only the producer and writer, but is also likely an uncredited director. “Unlike the popular historical epics of the time, Nazimova’s Salomé took no pains to present any sense of historical accuracy. Instead, the Salome seems almost divorced from time, with Natacha Rambova’s ornate set taking its inspiration from Aubrey Beardsley’s original (and also controversial) illustrations (done for the first edition of Oscar Wilde’s play on the same subject), both decadent and grotesque. The men, women, and men dressed as women of the cast are all costumed in skimpy, Art Deco styles, most notably the 44-year-old Nazimova’s sleek black minidress and elaborate wig covered in pearl-like baubles, meant to evoke the teenage coquette she ostensibly plays” -- Ryan Smillie for Moviejawn. Don’t miss this rarely screened beauty.

Our great hosts at The Preservery will be on hand to take your  order for food and drink during the movie. 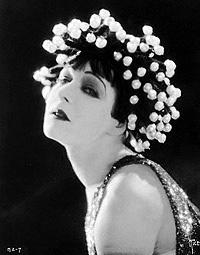 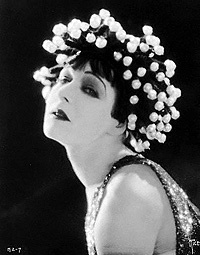