The truth may hurt at times, and the truths of Missing Murdered Indigenous Women and Girls have become a heavy topic of debate, and very little is being done in regards to quelling these wretched situations. Tribes across the country, as well as Canada, are “doing their best” which frankly is not even in the realm of “good enough.” The problem lies within the justice and legal system -- plus the added government red tape that snares, rips, and tears our beloved people away from us. Why?

#MMIW has become a well known hashtag among Indigenous communities for tragic reasons. “MMIW” is an acronym for Missing Murdered Indigenous Women. These are issues that are not being discussed on a national or international platform or stage much to the dismay of a nearly stamped out race of Indigenous people who continue to this day to fight for mere freedoms such as voting, protected clean water, and safety from land pollution.

Recently an added letter to the acronym has been added…"G" for girls. The ratio has now included younger females: #MMIWG. “The U.S. Department of Justice found out that American Indian women face murder rates that are more than 10 times the national average”.

As a child the first Indigenous woman I heard of disappearing and then was found dead was Anna Mae Aquash (age 30). She was a Mi’kmaq woman who was from Nova Scotia, and found dead along Highway 73 on the Pine Ridge Reservation, South Dakota. She was a political activist during the Wounded Knee Occupation of 1973. She was a fellow Indigenous/First Nations person who wanted to merely show her support for the plight of Indigenous civil rights even though she was from Canada. Of course, her family still miss her. But at least she was found. Many women go missing forever -- my Auntie among them who went missing in 1988 on the Rosebud Reservation, South Dakota. There is also an issue with not only American, but also Canadian police and their mistreatment of Indigenous people. Here is an article that’s only two months old. These wretched events happen every day.

When this many women and young girls go missing, there are no Amber Alerts, no investigations, and a lack of support from local police, FBI and authorities. One must understand this is a systemic, racist problem we have seen come to light during this tumultuous year of 2020. It is not a good feeling, or offer any sense of security, when the people who swore an oath to serve and protect become involved in the worst atrocities happening to our mothers, wives, grandmothers, sisters, daughters, friends, and matriarchs in America, Canada and around the world. How do we learn to trust those who are charged with protecting us? Indigenous people have been dealing with this very issue of discrimination from authority figures since “police” were created to track down runaway slaves long before colonization.

Police brutality has come to light this past year, in large part sparked by the death of George Floyd of Minneapolis, MN. Thus infuriating the nation in regards to police brutality against people of color -- Indigenous people included. The Black Lives Matter #BLM movement, which already was a recognized movement, had taken hold of 2020, and many protests ensued across the nation.

Please search for the hashtag #MMIW or #MMIWG on any social media platform, and you will find pictures and police sketches of missing, possibly murdered Indigenous women and girls. People must be made aware of this ongoing crisis. These precious souls go missing every day at an alarming rate. This doesn’t just happen on the reservations; Misty Upham, a once up and coming actor, was in the film “August Osage County.” In 2015, Upham first went missing for 11 days in the Seattle area, and was later found near the White River with her skull and ribs broken. This article describes Upham’s life leading up to her capture and death.

Currently there is an ABC Production titled “Big Sky'' that is set in Montana, and is currently discussing the way many of us (in Indigeneous communities) believe MMIWG, and other women and girls, are being trafficked from the United States to Canada (and all over the world). This series is based off of C.J. Box's Cassie Dewell series, specifically his title The Highway. I do not want to spoil this series for those interested in how we imagine human trafficking is conducted here in North America. Above left is an informational scene that is shown at the end of every episode. Here is a reputable resource guide as well as data throughout that discusses the number of women missing in Montana.

Click here to listen to a beautiful, yet haunting, song dedicated to all MMIWG, Remember Me by Fawn Wood featuring Randy Wood and R. Carlos Nakai.

These Men Ran and Biked Across the County for Missing and Murdered Indigenous Women, Group of Men Trek Across America to Bring Awareness to #MMIW Movement

In Her Words: Trafficking Survivor Jessa Dillow Tells Her Story 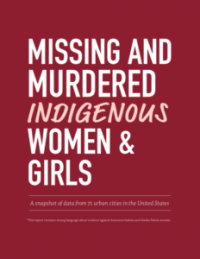 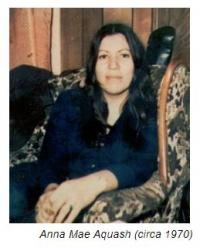 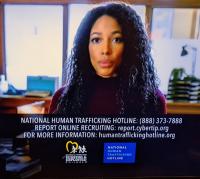