Celebrate the Culture and Music of Cuba!

Cuban music and performers swing through mainstream music on a regular basis. But what many listeners don't realize is how deep the roots go into Cuba's history. Give yourself a quick education by checking out Marc Thorman's article Cuban Music in America, part of the Music in Global America series out of University of Southern California.

One of the biggest stars on the contemporary Cuban music scene is Orquesta Akokán, coming to the University of Denver's Newman Center on October 3, 2022. We've put together a short resource list to get you grounded on Cuban music and influences so if you decide to mambo, you'll be prepared!

The "Despacito" formula is an in-depth behind-the-scenes look at the music that makes the world dance. Everywhere you go you will find the sounds of Latin music, which has become a global phenomenon, with 30 songs entering Billboard's Hot 100 list in 2018.

Based on a true story. In 2017, after more than half a century since Castro's revolution, Cuba opens her arms to the West and the Yankee dollar. Born into communism, JC is a 'big fish in a small pond', a local music producer and promoter, farmer and small-time hustler who lives by his wits and imagination.

Orquesta Akokán celebrates the golden age of Cuban music in the 1950s, full of big bands playing their own rhythms for a unique sound. They draw upon many musical traditions, which you can learn by listening to Most Famous Cuban Classics. Although they may be new to you, their varied notes will transport you.

Have a favorite Cuban musician, or song? Let us know in the comments below! 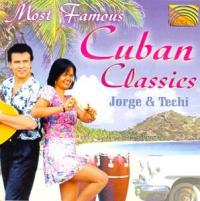 Looking forward to Orquesta Akokan's performance on Monday at the Newman Center! Save $10 off of price level one and two tickets using promo code NCAKOKAN.