The Privilege of Learning About Racism: Anti-Racism Resources 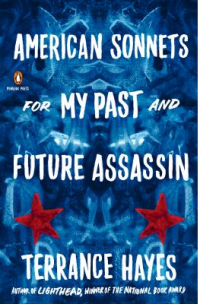 It is a privilege to learn about racism instead of experiencing it your whole life. Now is NOT the time to lean on your black or brown friends, family members or coworkers to educate you on what it means to live in a society fortified by structural racism, macro- and microaggressions by individuals, and revisionist attempts to undermine the contributions of people of color. As harmless as it may appear, asking your friends and family to relive trauma in an effort to understand the lived experiences of people of color is problematic; instead, create a teachable moment to educate yourself with resources that highlight the pervasive nature of white supremacy infecting American culture.

This is a first step in normalizing conversations about race and racism and it begins with the exploration of white supremacist ideology and why it continues to persist in modern society.

It’s going to be an uncomfortable—maybe even painful—but hopefully liberating journey to greater empathy.

Ahmaud Arbery, Breonna Taylor, George Floyd, Tony McDade, and many others were killed by individuals complicit in perpetuating oppression and racism. We say their names because as an organization, the Denver Public Library acknowledges and believes the lived racist experiences of black and brown people are valid.

The resources listed below include a wide variety of topics where racism, oppression, discrimination and bigotry show up in society.

Lainie
American Sonnets for My Past and Future Assassin by Terrance Hayes
In a sequence of sonnets that all share a title, all written during the first 200 days of the current presidential administration, Hayes grapples with the folding and unfolding of time and consequence that’s gotten us to this fraught political, and undeniably personal, moment. His words tap into deep waters of fear and feeling, and he so slyly underlines so much of what’s crazy-making in our world today, from police brutality and its fallout to the long-reaching effects of traditional notions of masculinity. The victim confronts their aggressor head-on — and more than once the victim and the aggressor may seem to swap roles. But do they really? Beautiful, formidable, and, ultimately, full of love: “If you think a hammer is the only way to hammer / A nail, you ain’t thought of the nail correctly.” Let Hayes explain.

Amanie
Are Prisons Obsolete? by Angela Davis (eBook)
As both an activist and a philosopher, Davis is one of the most important figures of our time. Her work takes on modern apartheid and prison abolition, brilliantly connecting seemingly disparate efforts together to mark the connective and destructive forces at work today. This work uproots any notion of how “natural” we consider policing, punishment, and prisons, by examining the deeply embedded racist forces that got us here.

Ren
Between the World and Me by Ta-Nehisi Coates (eBook and audio eBook)
Written as a letter to his teen son about what it is to grow up Black in America, with a historical and social lens.

Kristen A.
Malcolm X: A Life of Reinvention by Manning Marable (eBook and audio eBook)
Manning Marable takes a revelatory, inspiring, and empathetic new look at how one of the most famous African American activists stayed so vital as long as he lived and so relevant for decades after his assassination. By repeatedly examining his beliefs throughout his life, and holding himself to an ever higher standard as he learned and grew, El-Hajj Malik El-Shabazz can serve as a role model for all of us right now in trying to do better as individuals and as a country. Pulitzer Prize winner.

Erin W.
Me and White Supremacy: Combat Racism, Change the World, and Become a Good Ancestor by Layla F Saad (eBook and audio eBook)
Layla Saad walks us through 28 days of reflection and actionable steps that we can take towards dismantling white supremacy.

Naghem
Stamped from the Beginning by Ibram X. Kendi (eBook and audio eBook)
In this deeply researched and fast-moving narrative, Kendi chronicles the entire story of anti-Black racist ideas and their staggering power over the course of American history. Stamped from the Beginning uses the life stories of five major American intellectuals to offer a window into the contentious debates between assimilationists and segregationists and between racists and antiracists. From Puritan minister Cotton Mather to Thomas Jefferson, from fiery abolitionist William Lloyd Garrison to brilliant scholar W. E. B. Du Bois to legendary anti-prison activist Angela Davis, Kendi shows how and why some of our leading pro-slavery and pro-civil rights thinkers have challenged or helped cement racist ideas in America. (YA adaptation Stamped: Racism, Antiracism, and You).

Victoria
This Book Is Anti-Racist by Tiffany Jewell (eBook)
Gain a deeper understanding of your anti-racist self as you progress through 20 chapters that spark introspection, reveal the origins of racism that we are still experiencing, and give you the courage and power to undo it. Each chapter builds on the previous one as you learn more about yourself and racial oppression. Twenty activities get you thinking and help you grow with the knowledge.

Roxy
White Fragility: Why It’s So Hard for White People to Talk About Racism by Robin DiAngelo (eBook)
In this groundbreaking and timely book, antiracist educator Robin DiAngelo deftly illuminates the phenomenon of white fragility. Referring to the defensive moves that white people make when challenged racially, white fragility is characterized by emotions such as anger, fear, and guilt, and by behaviors including argumentation and silence. These behaviors, in turn, function to reinstate white racial equilibrium, and prevent any meaningful cross-racial dialogue. In this in-depth examination, DiAngelo explores how white fragility develops, how it protects racial inequality, and what we can do to engage more constructively.

Stacey
Why Are All the Black Kids Sitting Together in the Cafeteria? by Beverly Daniel Tatum (eBook)
Tatum is a noted psychologist and professor who has dedicated her career to conversations about race. Based on experience, observation, and literature, the book explains the protective nature of self-segregation and its importance in forming identity. Tatum confronts the fear of saying the wrong thing when talking about racism, emphasizing that frank discussion is needed to move to a better future.

Carrie
Talking About Race Portal - National Museum of African American History and Culture
Tools and guidance to inspire conversation and empower individuals, educators, and parents on their journey. 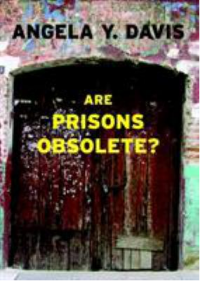 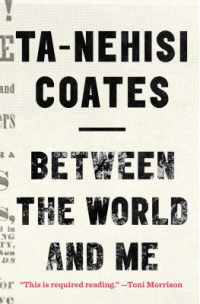 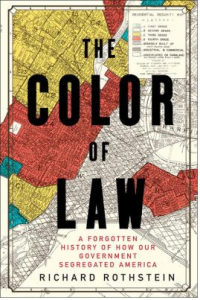 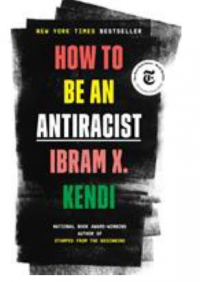 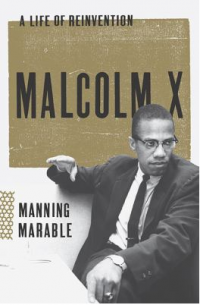 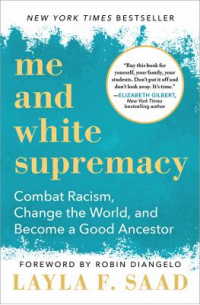 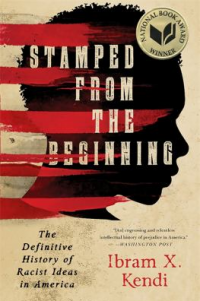 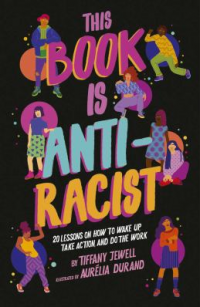 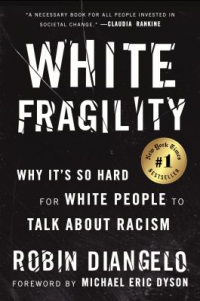 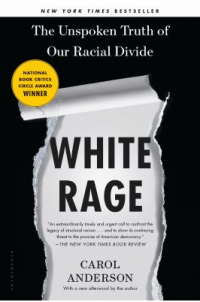 Thanks for recommending the book Victoria! My daughter loves that book. I'm looking for ways to be more anti-racist myself and to teach my kids the same thing. I'd love to try out some of these books to see what I can learn. http://reconciliationeducation.ca/corporate