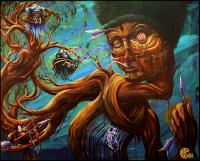 If you have ever pulled up beside a mural in Denver and felt yourself transported to a different world full of weird creatures, apocalyptic backgrounds, astronauts and crazed artistic lemmings….then you have seen the work of ESIC, aka Zack Howard.

Born in Colorado and attending art school here before jetting off to California, Zack spent time as the senior artist for Hybrid Apparel and Co-founder of Fresh Ink Clothing out there before returning to the Rockies to attack the walls of Denver and beyond with his amazing murals.

His style is immediately recognizable as it seems to jump right from the pages of a comic onto the wall and he has even published his own graphic novel titled, Outlandish. From oversized polar bears to animals playing chess, nothing is off the plate for ESIC and his spray-paint when a wall is open.

After adding a new daughter to the family with his wife, he has moved towards some ‘hush-hush’ work in the wild world of video games but still takes time to occasionally drop a lemming around town and he just finished an interior wall at the new River Art Lounge down in Rino.

ESIC on Art, Books, and Libraries 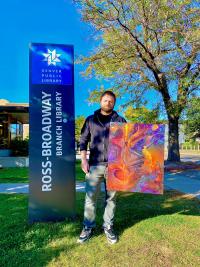 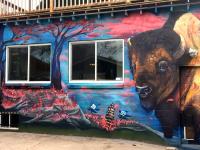 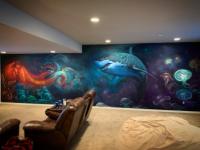 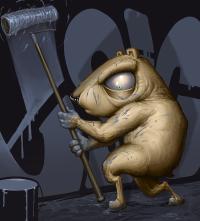 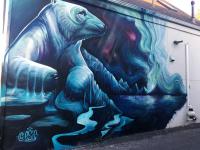 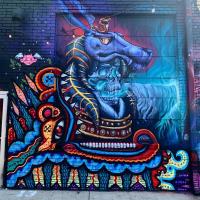 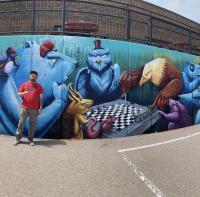