Often, dark alleys and cityscapes can be credited for inspiration in street artists, but occasionally it’s America’s back country that can begin the stories of some of most colorful murals that reside in Colorado. Enter Max Michael Coleman aka Oak Bloak, an artist who began his life between the wooded shores of Connecticut and the magnificent peaks of northern Colorado. Graduating from the Rhode Island School of Design in 2015, Max’s work seeks to take elements and techniques of centuries past, and apply them towards the modern day mediums of digital illustration and street art. Through the vehicle of his "SUN Lives Long" campaign, his murals and prints have taken an active stance towards promoting equality and awareness for the creatures of earth, as well as to impart a sense of kinship towards the planet. His work is able to sit comfortably in the present while at the same time harkening the viewer back to some anachronistic era of the past.

We were lucky to catch Max on the way back from one of his trips out east so that we could get the bottom of what sort of books an Oak Bloke is inspired by. 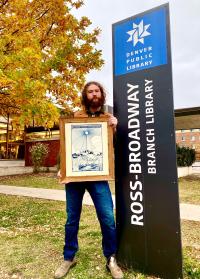 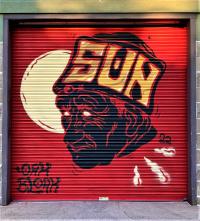 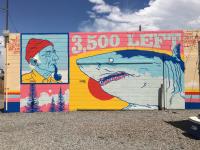 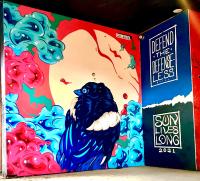 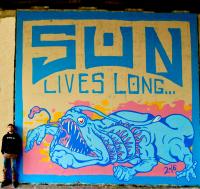 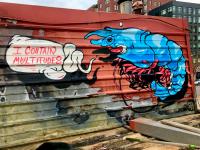 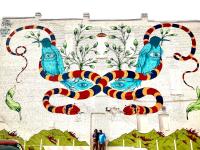