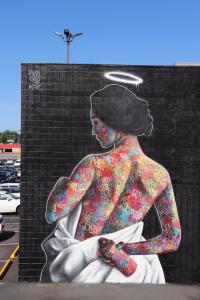 “Sometimes it’s in the fine print…”

“You have to read between the lines…”

You often hear these phrases used in a literary sense but in this case we are talking art.

Enter a young Aaron Golbeck  who is busy living his dream of screaming down mountains on a plank of wood in Michigan while at the same time eyeballing bigger cities that offer mountains and a thriving art scene.

After a fair amount of research he points his snowboard and spray-paint can at  Breckinridge, Colorado and begins monthly trips to Denver and other cities to meet artists.

Soon after getting up with a series of local artists at Festivals and Sunday paint jams he begins to develop the signature style that is AGPNT. A mix of realism and abstract street style with nods to Japan, the wild west, mother nature and most anything you can see from the window of a van as you drive around the U.S. A. The kind of style that looks different from 20 feet away, then changes the closer you get, often paying tribute to friends, mentors and places while presenting a bigger story. Aaron has no lack of stories and friends, after putting up paint and traveling through over 20 states in his van and trailer. He calls Denver home but truly lives on the walls of America. We were lucky to catch him at a pit stop while putting up a new Gundam in town and grilled him a bit on Audiobooks, Manga and the imagination tornado that is the last battle scene in the Ready Player One movie.

AGPNT on Art, Books, and Libraries 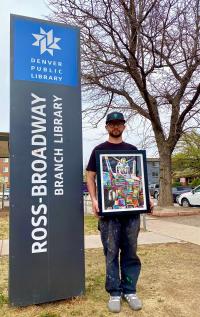 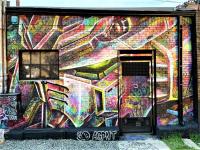 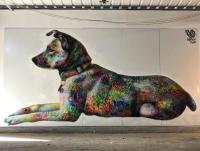 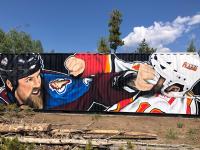 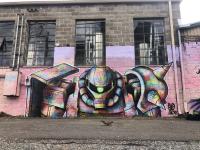 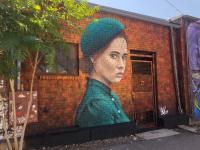 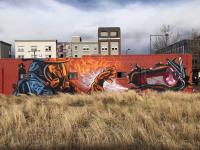 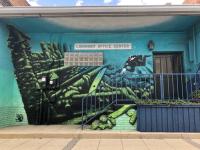 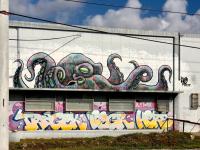