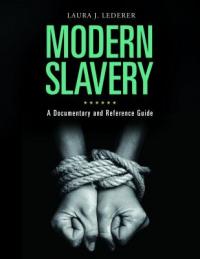 January is National Slavery and Human Trafficking Prevention Month. According to the U.S. Department of State, “Human trafficking includes sex trafficking, child sex trafficking, forced labor, forced child labor, domestic servitude, debt bondage, and the unlawful recruitment or use of child soldiers.” Take a look at these human trafficking facts from the United Nations Office on Drugs and Crime:

It is estimated that at least 2.4 million people are the victims of trafficking at any time.

Trafficking victims coming from 127 countries have been found in 137 countries around the world.

These International Labour Organization statistics about slavery are equally as troubling:

1 in 4 victims of modern slavery are children.

Experts warn that, because of the clandestine nature of slavery and human trafficking, data are not always accurate, and actual statistics may be even more bleak than these described.

Sometimes migrants are smuggled transnationally for profit. Being forced or tricked to move from one country to another, survivors are precariously dependent on their smugglers. Women and children are particularly vulnerable to forced labor. Yet, the trafficker is looking to make a substantial amount in dollars, euros, or pesos. It is estimated that over $30 billion in profits is generated by human trafficking each year.

According to the U.S. Department of State, human trafficking has a “national nature,” meaning that citizens are more often enslaved or trafficked within their own country rather than outside of their country. Make no mistake that U.S. citizens are obligated to prevent transnational trafficking and have compassion for migrant survivors by supporting smart policy and global relief efforts. Yet, Americans must also grasp that trafficking and forced labor are local problems.

Another way to become informed about modern slavery and human trafficking is to take advantage of the library’s books on the subject, such as Little Princes: One Man's Promise to Bring Home the Lost Children of Nepal by Conor Grennan, Modern slavery: A Documentary and Reference Guide by Laura J. Lederer, Up for Sale: Human Trafficking and Modern Slavery by Alison Marie Behnke, and Sold by Patricia McCormick.