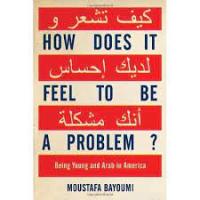 As early as I can remember I have always felt torn and conflicted when it came to understanding who I am as a first-generation Arab-American woman. My parents, who are proud Palestinians, are practicing Muslims and embrace the culture they were raised with. So, growing up going to Denver Public Schools, I had to constantly explain who I am, where I am from, what language I speak, what my religion is, and the region my family is from. Being the only Palestinian in my school, I felt so out of place. I had no one I could relate to who shared the same values and beliefs that my family raised me with.

I clearly remember being in the 3rd grade and having to explain my fasting rituals during the month of Ramadan, which sparked curiosity from classmates and teachers. It even caused the break-up of friendships and a lost sense of belonging.

This led me to assimilate and behave like an “American.” Which was not looked highly upon by my family and community. Arabic was my first language, but it drifted quickly as my parents opened their first gas station and only spoke English so we wouldn’t offend customers.

During this time, it made headline news in the United States that Iraq had invaded Kuwait in the summer of 1990. Many expressed opinions of disapproval, including my neighbors, customers and even police officers, and it was clear to me that we as a religion were not accepted nor liked. I tried even harder to hide my faith and my families’ practices and ideas.

As I grew older and was surrounded by the “American lifestyle,” influenced by friends, TV, music and pop culture, I started questioning ideas that my family tried to force me into believing.

“Why don’t I look the same as my friends?”

This caused a lot of confusion for me as I continued to search for my identity. I grew tired of trying to explain to new teachers and classmates the pronunciation of my name and answering questions about my faith.

“I just want to be American,” I thought.

I wanted to dress like an American, have an American name and have “Americanized ideas” such as dating.

I felt lonely and lost.

Middle school hit and at this point I knew I was different from everyone else. I accepted and started to embrace aspects of my heritage that were different from my peers. Since I understood I was different, I felt more comfortable expressing my traditions and understanding the differences between cultures. Most of my friends were of a different culture and had been cast out in some way or another. A big topic that my friends and I had at that time were the exotic dishes that we ate at home. It was a relief to have friends I could relate to, who shared similar experiences.

However, many questions were still daunting for me.

“Why can’t I have sleepovers?”

“Why can’t I have boyfriends?”

“Why do I have to dress modestly?”

Time passed and the summer before entering 9th grade arrived. I was faced with being a hormonal teen still trying to grasp my identity. This trouble hit as I started liking the opposite gender. At this point of my life and until this time, I had followed what a “good Muslim” daughter should be and do. I fasted, I went to prayer on Eid, I understood the value of giving to charity, and mostly, I always had a strong faith in God. A whirlwind was going to occur.

As a result of my Americanized identity and Arab culture clashing, I faced hardships that shaped me in ways that were permanent and long lasting. There were community uproars in both my Arabic community and the American community directly surrounding me. The misinterpretation and miscommunication of both cultures were at war. The conflict between these two lifestyles caused an internal conflict within.

Despite my obstacles, I am thriving and have a deeper understanding for other people's search for their identities. I can proudly state that I am not ashamed of either of my identities.

Fast-forward in time: I now have a 9-year-old daughter who attends an Islamic school, and sometimes struggles with the same questions I had growing up. Although prejudice and discrimination have not ceased in our society, there are more people who can relate to my own struggle and what my daughter faces. I realize now how important community is, as is bridging the gap to accept and embrace diversity. This could make an impact on the way we view ourselves and the world. Even though this cycle has continued through my daughter, I’m hopeful that I can help guide her and support her in her own identity struggle and search for her own place in her community. 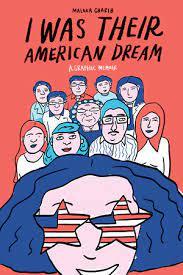 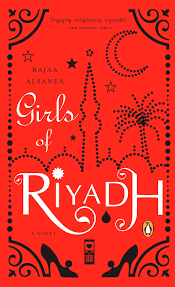