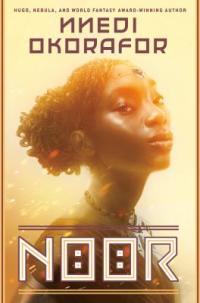 “I made up my stories to put myself in them.” Octavia Butler, "Devil Girl From Mars": Why I Write Science Fiction, MIT 1998.

"My science fiction has different ancestors -- African ones." Nnedi Okorafor, “Sci-fi stories that imagine a future in Africa”, TEDGlobal 2017.

This week marks the anniversary of Octavia Butler’s passing and an opportunity to rediscover another branch of her literary family tree. Butler was a voracious reader including works by Nigerian author and poet, Chinua Achebe. Butler never physically traveled to Nigeria but was transported by Achebe’s stories of his Igbo community. These stories inspired Butler to create a future in the African diaspora for shapeshifting Nigerian immortals in Wild Seed. The book is often cited as an example of Afrofuturism in science fiction and Butler, the "mother" of Afrofuturism.

Nnedi Okorafor was only five years old when Wild Seed was published. Born in 1974 to Nigerian parents living in Ohio, Okorafor did not plan on a writing career focusing instead on atletics. Writing found her when she lost the ability to walk. Unlike Butler, Okorafor traveled to Nigeria for homeland visits with family. And like Butler, Nigeria also inspired Okorafor earning her a place at the 2001 Clarion Workshop and where she finally “met” Butler in a local bookstore.

I had never gone through the science fiction and fantasy section and seen a cover with a Black person on the cover. It caught my eye immediately. I'm like, what is this? And I immediately just picked it up and bought it...I just want this book. And that book turned out to be "Wild Seed" by Octavia Butler. NPR, 2021

Ten years after Butler’s death, Okorafor won both Nebula and Hugo awards for Binti, first title in the trilogy. Creating new worlds and terms describing her work, Okorafor continues to evolve. Her latest book, Noor, is described as africanfuturism “one word, no caps” (Twitter, 2/22/2022). Okorafor does not write characters living in the diaspora; instead, her characters are navigating survival for an African future.

Learn more about Afrofuturism with Carnegie Hall including free online programs on art, film, literature, and music through March. There's also still time to earn library swag with Winter of Reading. Complete your activities, drop off your brochure and claim your prize (while supplies last) no later than February 28th. 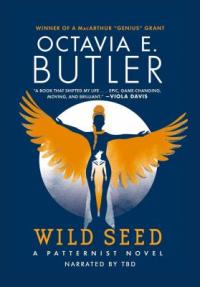 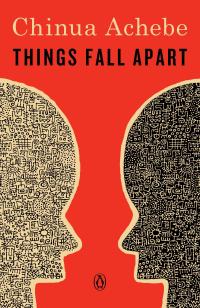 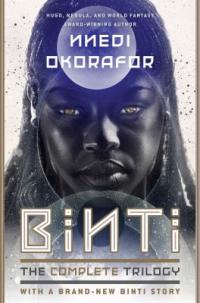