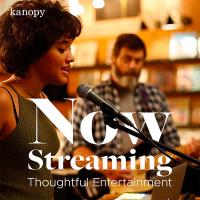 First of all, on July 15, 2021, OverDrive, the leading digital reading platform for libraries and schools, announced that it had completed the acquisition of Kanopy. This adds the industry’s most-acclaimed video catalog to the OverDrive Marketplace to better serve public libraries around the world. Though changes will not be immediate, customers can expect to see some changes in the Kanopy interface to improve searchability and navigation and offer a greater level of personalization and custom playlists.

Of most interest to DPL customers is the addition of over 1600 titles between April and June 2021, with a majority of those titles coming from 250 newly added studios and content partners, including fan favorites like Lionsgate, Warner Bros., MGM and Jim Henson. Major studios will be doing quarterly refreshes, with Kanopy generally opting to keep 50-75% of current content directly in response to viewer demand. The next major refresh is scheduled for October. Of note—many mainstream titles will have a 48-hour viewing window, rather than the current 72 hours, due to preset industry standards for streaming.

Kanopy also announced that it will be continuing to offer eight credit-free programs each month. To make planning for watch parties and library programming easier, Kanopy has scheduled out this program through the end of 2021; click here to get the next six months of titles. Note the additional information concerning Public Performance Rights provided for each movie.

Have suggestions for content for Kanopy? Drop a note to us in the comments and we’ll send it on to them!