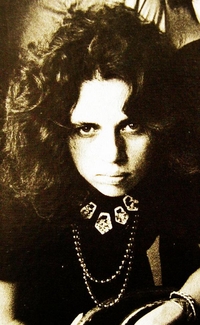 If you picked up a newspaper on January 27th, 1984, the big news was Michael Jackson's head catching fire during the filming of a Pepsi commercial. A less splashy story was the accidental death of Candy Givens, the 37-year old singer, songwriter and harmonica player of the bluesy Boulder hard rock band Zephyr.

Born in 1947, Candy Ramey came from a family of gamblers and small-time outlaws. They lived in a cabin near Evergreen, but moved to Applewood, a suburb near Golden, when Candy was in the 7th grade. Smart and popular, she was voted most likely to become a famous singer her senior year.

By 1967, Candy had moved to Aspen and performed in a local jug band. She met her future husband, bass guitar player David Givens, and in 1968 the couple moved to Boulder, where they formed the band Brown Sugar. The incredibly gifted guitarist Tommy Bolin and keyboardist John Faris began jamming with the group, and, after the recruitment of Denver drummer Robbie Chamberlain, Zephyr was formed.

Givens had a magnetic stage presence, and a powerful voice in a tiny body. "Candy Givens was a unique musical star that streaked across the Colorado sky and disappeared unexpectedly," observes rock journalist and educator Gil Asakawa. "She had a powerful, throaty voice that could scream the highest rock and roll notes but swoop down to the lowest moaning blues. Her recording with the Colorado band Zephyr are her main legacy, but her voice -- and stories about her -- are scattered here and there within and throughout the local music scene."

Though never a commercial success, Zephyr produced 3 albums and performed live often, including the 1969 Denver Pop Festival, before breaking up in the early '70s. They reunited briefly around 1980, four years after the drug overdose death of Tommy Bolin.

Four years later, Candy drowned in her apartment's Jacuzzi. The toxicology report showed alcohol and Quaaludes in her system.

"Despite her problems, she continued to improve until the last time I heard her sing, in 1983. She was so good by then, that she held a drunken, rowdy party of international rugby players spellbound for the entire time she was on stage. That’s hard." 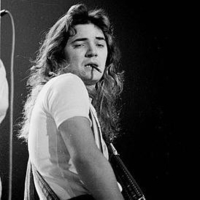 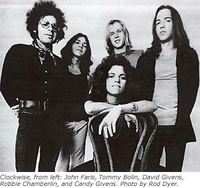 Thanks for the memories and background.

Sold My Heart is in my all time top ten.

One of the best that Zephyr did, I only heard her live once, long after the breakup, she was fantastic.

Thanks, Roger. You must be a Colorado native!

Candy was a force of nature.

I saw her when I first moved to Boulder, at either Toad Hall, or the College Club, located on the Hill. fantastic voice!

This is great! I remember hearing Candy sing when I was in high school and she made quite an impression on me. She deserves to be remembered.

In the late 60's you would go to Boulder and during the day spend your afternoons at the Band Shell in the park and evenings at the clubs on the Hill and IF you were lucky, which I got to be, you could see Zephyr playing. Why aren't they in the Colorado Music Hall of Fame?

We are not interested in being part of anything that Barry Fey is a part of. He blackballed Candy and me - that means he used his influence to make sure we were excluded from the big time; no record deals, no concerts. He blackmailed Tommy into playing with the James Gang and Deep Purple knowing full well that Tommy's ambition was to do his own music and knowing full well that Tommy did not respect either group. He broke both of their hearts on the golden altar where he worshipped. Halls of Fame are BS anyway - the only real, non-political recognition that counts is in the hearts, minds, and memories of the people to whom our work made a difference. Love you.

Thank you David. No sense in sugar-coating it.

Though I knew you & Candy, I remain anonymous here for reasons you well know (e.g. fey / aeg-morris goons & sycophants)
- but what you said here is true.

The Colorado music "hall of fame" is for the most part a g brown (plagiarist) / fey/chuck morris self-promotional joke.

Candy & Zephyr were way too good for any broomfield musical hall of fame.
I choose to remember you, Candy and the rest of the different versions of Zephyr - from Jock to Tommy to Rocky etc - with proper respect, and will hold good thoughts for you all forever.

To h3ll with barry fey, chuckles morris, his groveling minion g brown, and all the other revisionist-history fey-worshiping svck-ups who have no clue what really went down with the Colorado music scene.
I was there.

It's amazing to hear this side of the story after all these years. I have a friend who was a high school buddy of Tommy Bolin's and from what he said I gathered that Barry Fey was a snake in the grass ~ but until now I hadn't heard any specifics. And especially from David Givens, who would know. Someone should document this whole story somehow. Anyway, thanks, great post!