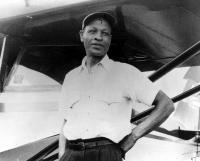 Good Morning…..looks like WE made it to the end of this month. For this last week of February let’s take it to the skies and recognize the Black Americans who fought through barriers, bias and made history for themselves and America. That is no easy or fair fight. Through their firsts and contributions, these beautiful stories weren’t shared as American History. And there were many before them who weren’t allowed to be involved nor have their inventions and contributions recorded justly, so we are thankful that we get to share what has been recorded. Let’s talk about some Black trailblazers in aviation as well as inventors.

Have you heard of?

Cornelius Coffey (1902-1994), who resided in Chicago, was a skilled auto mechanic who dreamt of being a pilot and in 1931 he formed a group of individuals who shared the same love. He led this group to study at the Curtiss-Wright Aeronautical School. Coffey also helped organize the Challengers Air Pilots’ Association to expand flying opportunities for African Americans in Chicago. He established training classes and alongside his wife, Willa Brown who was also a Black aviator they opened up Coffey School of Aviation and Aeronautics located in Illinois. Coffey’s school trained many Black pilots as well some Tuskegee Airmen. Thank You Mr. Coffey and Mrs. Brown for giving us the opportunities…

Frederick McKinley Jones (1893-1961), an inventor had an interest and talent in mechanics. At a young age, Jones had many odd jobs, but one in particular that boosted his skill was a mechanical job on a farm located in Minnesota. Due to his interest in mechanics, Jones would read and educate himself in his spare time on the subject. At the age of 20, he went on to receive an engineering license in Minnesota. Jones served in the U.S. Army during World War I where he made repairs to machines and other equipment. After the war, Jones returned to the farm and educated himself on electronics. Throughout his career, Jones received more than 60 patents, but one of his patents that stood out was designing an air cool unit for trucks transporting food. This invention also preserves blood and medicine. We can thank Mr. Jones for helping to preserve our food in its travels to our grocery stores especially during the thick of this pandemic.

We have had our phones for so long now we might not think of those who invented certain functions associated to it. Well we can thank Dr. Shirley Ann Jackson (1946-) for leading and inventing the caller ID and call waiting (in science talk-solar cell and fiber optic cables make caller id and call waiting possible) while working at Bell Laboratories. She also had her hand in inventing the portable fax machine. At a young age, Jackson had a love for math and science and her parents/teachers nurtured it. Good thing they did because Jackson went on to become the first Black woman to receive a doctorate in theoretical physics at M.I.T (Massachusetts Institute of Technology) in all subjects. She also received her Bachelor’s and Master’s degree at MIT. Dr. Shirley is also the first Black chairman of the U.S. Nuclear Regulatory Commission and the first to lead a national research university. In 1998, she was inducted into the Woman’s Hall of Fame for her contributions as a scientist, advocate for education, science, and public policy. We are happy Dr. Jackson has received her flowers while still being here on Earth. Her journey was not an easy road and she overcame with style and grace. Thank you Dr. Jackson for your brilliance, strength and giving us the ability to block calls. J

Also, check out recently added to the database: Black Freedom Struggle in the United States

WE hope you enjoyed these short and sweet fun facts of Black trailblazers in American History.

For Black Americans although Black History month has ended our race and contributions remain woven in America’s core history. We will continue to celebrate what we have accomplished despite the odds and inequities everyday.

Cheers to making it to the end of the month. Hello March what you got for US. 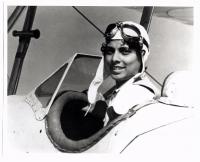 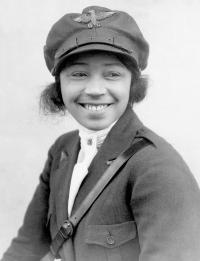 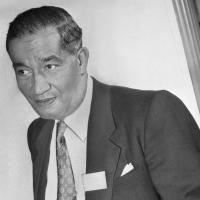 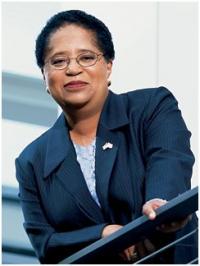