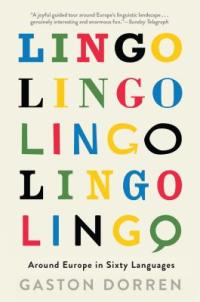 “Can you have language without culture?” This question was posed by Plaza Activities Leader Helen Miles during a discussion on the connections between language and culture. Plaza staff Walid Alani, Carmen Avila Esquivel, Helen Miles, and Warren Ramos shared their experiences speaking in various languages as well as working with individuals who speak other languages.

Cultural attitudes of camaraderie and the importance of family can be communicated differently in various languages. For example, Carmen explained that her Spanish-speaking family uses humor to address their insecurities and to support one another. “Laughing is the way we show heart within my family.” They laugh to include others rather than deride one another.

Words also communicate attitudes of closeness and reverence. Reflecting on cultural expectations in the Philippines, Warren shared that Tito and Tita, translated as “Uncle” and “Aunt” in English, are used to address close friends as signs of respect.

Meaning can grow from a particular context. Yet, outside that cultural perspective, an endearing phrase could be viewed as offensive. In Helen’s German household growing up, her family’s terms of endearment could be considered harsh by people from other cultures. Helen recalled, “My brother called me ‘butterball’ which means I was a little chunky I guess. So what?” An outsider might be taken back by such a statement. Yet, such familial nicknames can reinforce bonds; they demonstrate a special regard for someone with a designation that is deeper than a given name.

Also, people in some cultures indicate respect for one another through their diction. For example, in Tagalog, Warren explained that po is used at the end of a sentence as an honorific term for someone who is older or in a position of authority. Filipinos normally do not address others by their first name without permission, and a more formal title indicates respect. Similarly, Carmen explained that one must have permission before addressing someone as “tú”, which is the more casual word for “you” in Spanish. Señor, Señorita, and Señora all indicate the significance of the other person.

In some cultures, a greeting addresses someone’s personhood rather than getting straight to the transactional portion of a conversation. Helen shared how, in certain contexts in Mali and Senegal, greetings are a 15-minute interaction that includes asking about how that companion is doing and inquiring about that person’s family members. Helen explained that such greetings “reinforce the importance of family or relationship.” Forgoing the lengthier greeting means disregarding the relationship.

Similarly, regarding her experience in Mexico, Carmen reflected, “I would have to take el combi (bus) and every time I would get on it I would have to say, ‘buenos días,’ or ‘buenas tardes.’ If you wouldn't say, ‘buenos días,’ nobody would talk to you or even acknowledge you....I grew up saying those words and making sure everybody was being acknowledged, and it's something absolutely beautiful because you are giving something back to them. For example, if you're having a bad day and someone approaches you and tells you, ‘buenos días,’ that can completely change your whole day, because it's not just a common greeting, it's more than that. It's telling you that you are seen, you are heard, and you are respected.”

Walid shared that a standard greeting in Arabic exemplifies the deep roots of the culture. “In Arabic, the common greeting is Assalamualaikum. It means, ‘peace upon you.’ It has religious and cultural implications.”

Additionally, Walid sees language as “a way of recording history.” Walid explained that the history of language in Iraq was influenced by the occupation of various empires, such as the Ottoman and Persian empires, over thousands of years. Words and dialects in modern-day Iraq have direct ties to ancient civilizations. For example, some words in Arabic originated as early as 6000 BC. Language can be a contemporary marker for the origins of a nation or cultural group.

Similarly, Warren pointed out that the Tagalog word kumusta has a very similar meaning to como está in Spanish. Used as ways to greet someone and inquire about someone’s well-being, these terms exemplify how Spanish colonization influenced the language Filipinos now speak.

Warren also sees a national language as a means of uniting a country that is made of over 7,100 islands with over 150 dialects spoken. Though physically segmented, the Philippines can find a common mode of communication through language.

Figures of speech can also document a culture’s history. Helen explained, “Idioms already tell you something about a culture.” Such expressions often refer to concepts and objects that were historically present in that culture. For example, in English, “beat around the bush” is an idiom that means to avoid getting to the point. The phrase originated in Britain when a hunter would rustle or beat a bush to rouse the birds from the bush. Nowadays, people do not think about catching a bird when they use the phrase. Yet, the idiom now common in the U.S. documents the significance of hunting in British culture.

Connection of Culture, Language, and Thinking

In addition, the ways people think and communicate are closely tied together, and language can indicate how someone contemplates the world.

For example, when Helen was teaching English in China, she motioned forward to indicate future tense and backward when referring to past tense. She soon found this concept was not being communicated to her students, and the students explained that they indicate the future by looking backward because the future cannot be seen. American English speakers think nothing of concepts like “forward thinking” even though they cannot see the future. On the other hand, these students looked back to the future that had not yet arrived. The two cultures view the concepts differently, but both perspectives make sense within their contexts.

Sometimes, communication happens on a deeper level than merely conveying a cognitive meaning. For example, Warren explained the uniting power of music in the Philippines. Even those who speak different dialects connect with each other through singing. The literal meaning of the words might not be communicated, but the emotion wordlessly connects the people.

In addition to music, a language might emphasize objects that have a cultural importance. Helen brought up the word “snow” and its importance in Inuit languages. Inuit languages actually have 40-50 words for types of snow, and other cultures in cold regions do as well, as seen in the Sami, Icelandic, Scottish, and Swedish languages. The generic “snow” has traditionally worked for English speakers because their lives are not impacted by the white, fluffy (or sticky, or crusty, or icy) substance as much as those who live in Arctic regions.

It seems that the answer to the question posed by Helen is that language cannot exist without culture. Literal translations do not communicate the depth of a word or phrase because the context of a culture imbues the words with meaning. Before whipping out Google Translate next time, think about the historical, emotional, and cognitive impacts that words have in a particular language, appreciating the beauty of that language.

To learn more about the links between language and culture, check out these books from the Denver Public Library.

We offer Plazas, an open community space where people from all over the world connect with information and resources, building Denver’s global community. Come to practice English, prepare for citizenship, pursue your goals, and create your future. Whatever you’re doing, we can help! 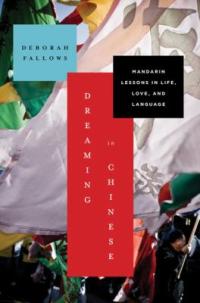 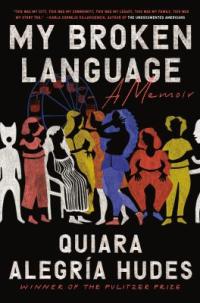 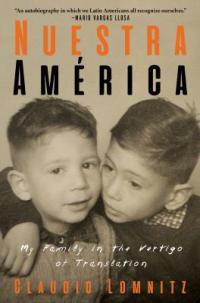