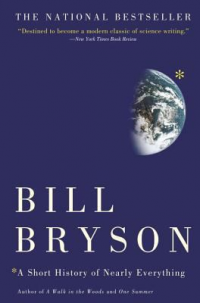 “The possession of knowledge does not kill the sense of wonder and mystery. There is always more mystery.” - Anais Nin

The year 2020 has been pretty rough for everybody, and most of us have had to find ways to keep our spirits up. After all, it's a lot easier to face the negative if you can find ways to stay positive. One of the ways I've done this is probably typical for a librarian: I took some advice from one of my favorite books. In the novel The Once and Future King (a re-telling of the King Arthur legend that was the basis for the Disney movie The Sword in the Stone), the young Arthur goes to his friend Merlyn to be cheered up.

Merlyn tells him, “The best thing for being sad is to learn something. That is the only thing that never fails.”

Warming to this topic, the wizard continues: “Learn why the world wags and what wags it. That is the only thing which the mind can never exhaust, never alienate, never be tortured by, never fear or distrust, and never dream of regretting. Look at what a lot of things there are to learn--pure science, the only purity there is. You can learn astronomy in a lifetime, natural history in three, literature in six. And then, after you have exhausted a milliard lifetimes in biology and medicine and theo-criticism and geography and history and economics--why, you can start to make a cartwheel out of the appropriate wood, or spend fifty years learning to begin to learn to beat your adversary at fencing. After that you can start again on mathematics, until it is time to learn to plow.”

I’m with Merlyn (though I admit I’m not that interested in learning to plow). When I find myself in a nasty mood, I can usually knock myself out of it by learning something new--by satisfying my curiosity about one thing or another. One advantage of this is that I’ll never run out of new things to learn about. Like Merlyn said, it would take three lifetimes just to learn natural history. But the best thing about learning, for me, is that it shows me more of the world’s wonders--the invisible wonders that knowledge makes visible. The more you learn about art, for example, the more you see it through new eyes, noticing and appreciating things you were never even aware of before. The more you learn about music, the more you hear it with new ears.

When I look at nature through the lens of science, I see new depths and facets and wonders that I never could have seen without that lens. I can look up in the night sky at Betelgeuse (Orion’s left shoulder), and reflect that it’s a star so huge that if it were put where the sun is, we would be inside it. I know that it’s at the end of its stellar life, and getting ready to explode in a flash as bright as the entire galaxy. A scientific lens lets me find shark teeth in a cliff outside of Denver, and think about how there was once an ocean in Colorado. It allows me to walk past the Molly Brown House and realize that the rocks it’s made of were formed in an ancient volcanic eruption that blasted red hot ash from the Collegiate Peaks to Castle Rock. Science--and many other kinds of knowledge, too--lets you see the world through magic wonder goggles that overlay the world with new layers of understanding and awe.

Of course, some people say science does just the opposite--that it takes the wonder and beauty out of life. In his poem, When I Heard the Learn’d Astronomer, Walt Whitman says that “When the proofs, the figures, were ranged in columns before me”, he soon got tired and “Look’d up in perfect silence at the stars." Other poets had similar concerns. William Blake worried about “single vision, and Newton’s sleep." Keats feared that science would “unweave” the rainbow.

And of course, watching a scientist write equations on a chalkboard is no substitute for gazing up at a night sky. But it isn’t meant to be. The equations are just the tools of the trade, not the end result--which is a deeper knowledge, and thus a deeper view into that night sky. After all, you wouldn’t judge Michelango’s David by the beauty of the tools used to carve it. As the physicist Richard Feynman once said about a flower, "science knowledge only adds to the excitement, the mystery and the awe of a flower. It only adds. I don’t understand how it subtracts."

I think the best way for most people to appreciate science is to start with wonder. Don’t focus on the tools at first (though they have their own beauty to some), but on the incredible discoveries and insights the tools helped uncover. And how do you start with wonder? There are many ways. Going to natural history museums, planetariums, and national parks. Watching science and nature documentaries. But the one I want to suggest now is to check out our Pop Science Core Collection.

We’ve put together a list of over 60 books about popular science that we chose because they’re good introductions to science for lay people. One of my personal favorites is A Short History of Nearly Everything, by Bill Bryson. Bryson is one of the most entertaining writers around, and this book is perfect for people who want a painless introduction to the world of science and the very human, sometimes quirky, people who have made the biggest discoveries.

One book about science as a whole that I see as absolutely essential is Carl Sagan’s The Demon Haunted World: Science as a Candle in the Dark. This book is famous as a prescient guide to the dangers of a scientifically illiterate society infatuated with pseudoscience, but Sagan also explains magnificently how the scientific vista of the universe is actually far more wondrous than the pseudoscientific one. As he puts it, “In its encounter with Nature, science invariably elicits a sense of reverence and awe. The very act of understanding is a celebration of joining, merging, even if on a very modest scale, with the magnificence of the Cosmos.”

If you’re remembering balancing equations in chemistry class, and questioning how you could possibly find the wonder in that topic, check out The Disappearing Spoon : and Other True Tales of Madness, Love, and the History of the World from the Periodic Table of the Elements. This book shows how fascinating those elements on the periodic table can be, while showing the humanity of the people who discovered them.

If you want to ponder the strange diversity of life and consciousness on earth, check out The Soul of an Octopus : A Joyful Exploration into the Wonder of Consciousness, in which Sy Montgomery travels the world exploring the weird, alien intelligence of octopuses.

To hear some success stories in the struggle to preserve endangered species, check out Jane Goodall's Hope for Animals and Their World: How Endangered Species are Being Rescued from the Brink.

For a look into the awe-inspiring depths of geologic history behind some of the USA’s most impressive landscapes, you can’t do better than John McPhee’s Pulitzer Prize winning Annals of the Former World. This is actually a compilation of smaller books written over many years, as McPhee crossed the United States with a series of geologists. My personal favorite is Rising From the Plains, which combines a discussion of Rocky Mountain geology with profiles of a geologist and his childhood in the wilds of Wyoming.

These are just a few the great titles in our Pop Science Core Collection. Even if you're not usually a science person, we think there's something here to spark everybody's sense of wonder. And maybe even their sense of hope. 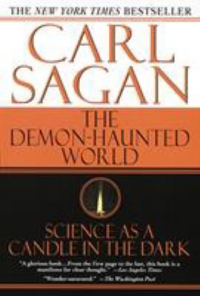 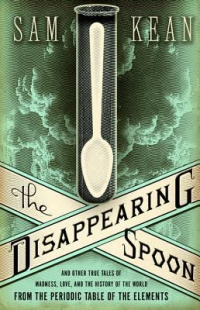 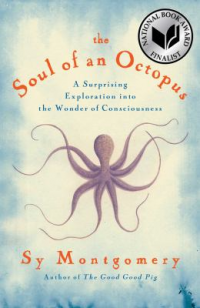 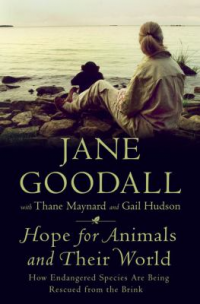 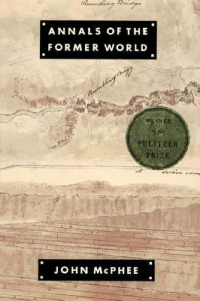