It's Always Halloween in Our Hearts 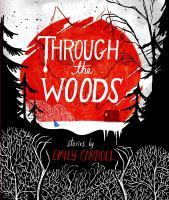 Recommended by erin: Want to dip your toe into horror, but not sure where to start? Try horror graphic novels! They are a quick and easy—but often viscerally scary—experience. Start with Emily Carroll’s Through the Woods. With the vibe of creepy fairy tales, these 5 illustrated short stories describe journeys into and out of the abyss. The illustration style is surprisingly unsettling, as it appears to be soothing as it gently rocks the reader into a false sense of security.

Uzumaki byJunji Ito is a horror manga book about a small town, Kurouzu-cho, that becomes contaminated with spirals. The town isn’t haunted by a person or a ghost, but by a pattern. Told through a series of linked vignettes, Uzumaki is thrillingly spine-tingling and uncomfortable to read.

Locke and Key: Welcome to Lovecraft by Joe Hill is the first graphic novel in a six volume series about a bizarre New England mansion known as Keyhouse. Within the house, different keys exist, and using them to walk through the doors changes the user in unforeseen ways. But Keyhouse is home to a dark, forceful creature that will not rest.

Recommended by Nora: Itching for something irreverent and fun? For fans of Scooby Doo, The Goonies, and Stranger Things, Meddling Kids by Edgar Cantero is a tale that will creep into your bones and get your inner Zoinks! and Jinkies! going. The year was 1977 and the Blyton Summer Detective Club were kings. The year is 1990 and the kids have returned as world-weary adults who never got past the mystery (and the psychological trauma of the experience) that they thought they solved as teenagers...and soon they’ll uncover that the world is full of real monsters.

For a literary treat full of romance and zombies, check out Hadriana in All My Dreams by René Depestre. Depestre, long considered a leading figure in Haitian literature and a proponent of social and political activism, harkens back to his childhood with an intricate storyline and poetic style that is centered around Carnival in Jacmel, Haiti, in 1938. Beautiful Hadriana is set to be a bride, but she soon becomes a zombie. Readers will fall in love with her and the author’s magic, wry humor, and eroticism.

Revenge: 11 Dark Tales by Yoko Ogawa is the perfect choice for readers who want a more psychological, quiet, “slow burn” kind of horror. Ogawa’s short story collection explores revenge, human loneliness, and a multitude of daily rituals and lives that somehow become upended. With hints of magic realism and fairytales, these hauntingly interconnected stories worm into your mind and body, slowly and viscerally wrapping you up tight.

Recommended by Melissa: Toni Morrison is a Nobel and Pulitzer Prize-winning author known for her evocative writing on the Black female experience, but did you know that she’s also written a bona fide horror novel? Beloved is the story of Sethe, trapped by the memories of her life on the farm Sweet Home and haunted by the ghost of the child she buried there. A visit from a young woman named Beloved eventually consumes Sethe in the sins from her past, come back to haunt her and filtered through the lens of the brutality of slavery. Morrison’s novel should be considered a classic of the horror genre.

Leave it to Stephen Graham Jones to scare me out of my wits with things I never even knew I needed to fear, like the silhouette of a woman whose head isn’t quite right, glimpsed through the oscillating blades of a ceiling fan. The Only Good Indians is a showcase for Jones’ immense talent for writing horror fiction. His creative, dreadful imagery and his incredibly effective use of present tense pins his hapless readers in the immediacy of the mounting wrongness and terror that his characters feel as they are being hunted by an entity bent on taking revenge for a disturbing event from their past.

White Is for Witching by Helen Oyeyemi is the story of the Silver family after the death of mother Lily; twins Miranda and Eliot and father Luc left grief-stricken and strange in their enormous house on the cliffs of Dover. Oyeyemi’s writing is flowy and metaphorical and quite lovely; this book was an enjoyable character study that was not particularly frightening until about halfway through, where my false sense of security was shattered by the revelation of the terrible secrets contained in the Silver home. Reading the rest of the book required all of the lights on.

Recommended by Kelly: Are you interested in a unique and unsettling horror novel? The Cipher by Kathe Koja follows Nicholas and Nakota, two aspiring artists who discover a mysterious hole in the storage room of their apartment building: an endless, black hole to nowhere that they nickname the “funhole.” They both decide to experiment by putting an insect down the hole, followed by a mouse. Strange things happen, but their curiosity will never be satisfied and a visceral, intense obsession begins. With hints of cosmic horror, this tale of madness will have you riveted. Who knew something like a hole could be so scary?

For a fun blast from the past filled with female friendship, nostalgia, and demon possession, try My Best Friend’s Exorcism by Grady Hendrix. This book takes place in the ’80s and follows Abby and Gretchen, best friends since elementary school. When they get to high school, suddenly everything changes and Gretchen starts to act strangely. As the weird events continue, Abby finally decides that there’s only one possible explanation for her best friend’s behavior: demon possession. This book has a great mix of nostalgic fun with genuine dread and terror, a mixture that Hendrix excels at.

The Ballad of Black Tom by Victor LaValle is a short novella, but it packs a powerful punch. This Lovecraft retelling follows Charles Thomas Tester as he hustles to make a good living for himself in 1920s New York City. Everything changes when he delivers an occult book to an eccentric sorceress and it sends him on a journey into the unknown. This slim volume contains a lot of dread that comes not only from the Lovecraftian world of cosmic horror, but from the racism that Tester experiences.

Do you have a favorite horror title or author? Share with us in the comments!