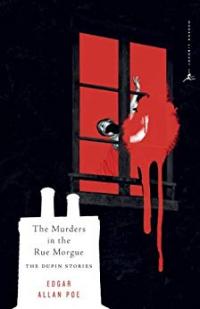 Denver Public Library staff have chosen 76 books to be included on our Standalone Mysteries Core Collection List. Standalone Mysteries are mystery books that are not part of a continuing series longer than four books. You don’t need to worry about reading these books in any particular order or getting stuck reading a very long series. In this post, we’ll highlight some of the classic mysteries and whodunits that you’ll find on this list!

Since they first appeared, mysteries have been a very popular and a very divisive genre. The poet W.H. Auden once wrote that “the reading of detective stories is an addiction like tobacco or alcohol.” In 1945, literary critic Edmund Wilson wrote that mysteries are “wasteful of time and degrading to the intellect.” Seventy-five years later, the debate over literary merits of detective fiction still rages in some circles. There’s no doubt mysteries are here to stay, but the question of literary merit among its many sub-genres has remained. During our selection process for this core collection, we tried to include titles to appeal to the whole spectrum of mystery fans.

If you want to dig into titles that have been household names for generations, you have a lot of choices. You can go all the way back to the 1840s, when Edgar Allan Poe penned C. Auguste Dupin’s first investigations in The Murders in the Rue Morgue. Poe’s detective appeared in short stories, creating a tradition that would extend to some of literature’s most famous detectives, Sherlock Holmes and Father Brown. If you prefer longer works, The Woman in White by Wilkie Collins combines both gothic horror and psychological realism into what is considered to be one of the first mystery novels.

The twentieth century saw what is often called “The Golden Age” of mysteries, exemplified by English authors of the 1930s. Principal among these writers, of course, is Agatha Christie. Her novel And Then There Were None is the story of what happens when a murder occurs on a secluded private island and everyone is a suspect. Not only is this title one of the quintessential classics of the genre, but its elements have influenced countless mysteries since its 1939 publication.

While Golden Age mysteries exposed the seamy underbelly of good English society, their American counterparts often used the seamy underbelly as a starting point. Dashiell Hammett’s classic noir The Maltese Falcon follows private eye Sam Spade as he is entangled in a classic web of crime and lies as he tries to locate a valuable statue. A blackmail that quickly turns deadly leads detective Philip Marlowe on a wild chase in Raymond Chandler’s The Big Sleep.

As time went on, mysteries began to branch out from the “whodunit?” formula. Get caught up in the perfect murder in one of the original psychological thrillers, Strangers on a Train by Patricia Highsmith. Or follow one of literature’s classic courtroom trials in Anatomy of a Murder by Robert Traver that leaves you wondering who is really guilty - the dead man, the person accused, or his wife?

For further reading on the twisty history of mystery, you might like Crime Fiction: A Very Short Introduction and Talking About Detective Fiction.

Standalone Mysteries is just one of many Core Collections at DPL! Explore all the lists here!