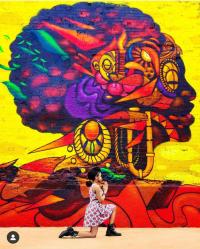 If you have ever had Gumbo then you know it is different just about every time. The dish combines ingredients and culinary practices of several cultures, including African, French, Spanish, and Native American Choctaw. Gumbo could be based on traditional native dishes, or may be a derivation of the French dish bouillabaisse, but most likely, all of these dishes contributed to the original recipe. This would almost describe the absolute visual jazz that is the artistic works of one Aaron Sutton aka Visual Goodies.

Born in Oklahoma City he lived in New York, Los Angeles, Atlanta and Kansas City before settling in Colorado, all of these geographical locations lended a different flavor to his art. His fascination and participation in street art began as a 15yr old practitioner of hip-hop culture in Kansas City with a crew he started called VISUALGOODIES. But once he reached the Mile High City his fascination with murals, paint and clay took the moniker and ran with it. He calls his work multicultural Afro Cosmic for Astro Americans.  Patterns, shapes, aboriginal/native cultures and futurism all add to his mix of imagery rhythm. If you have not seen one of his characters lurking in an alley around the city then you can catch some of his bigger works at the Street Wise Festival in Boulder and every year at the Black Love Mural Festival in Civic Center Park (where he designed the poster in past years). He has also been ramping up his clay work and currently has displays at both the Denver Art Society and ILA Gallery for viewing.

Aaron took a few moments between all his styles and the time he spends as a teacher of the arts to answer a few questions about another one of his passions…books. 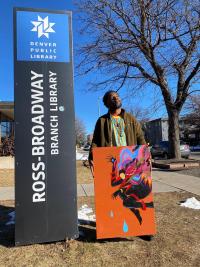 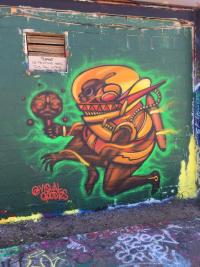 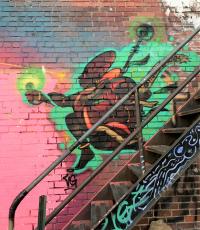 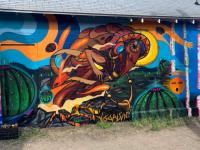 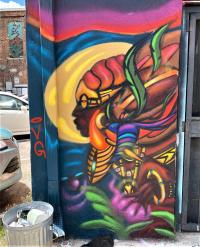 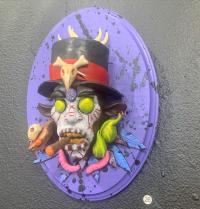 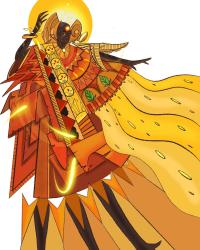 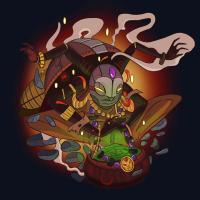