Living with Wildfire in the West 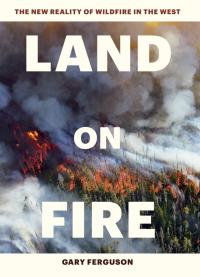 For anyone living in the western United States, especially in the last few years, wildfires are an unavoidable concern. More and more, we see reports of fires sweeping across vast stretches of the western landscape. Millions of people in the west live in areas at risk of burning, and that population is growing all the time. Those who don’t live in high-risk areas still feel the effects, as wildfire smoke rolls in, blocks views, and burns our eyes and throats.

As one of the many people who moved west because I love the outdoors, the increasingly smoke-filled skies have been heartbreaking to me. In a region renowned for its vast landscapes, those landscapes are becoming harder to see. In recent summers I've driven past iconic mountain ranges like the Grand Tetons and the Wind River range without even being able to see them through the smoke; wondering if this is how the future here will look. And of course, the problems go far beyond aesthetics. The economies of most western states depend in large part on tourism. Will tourists keep coming to see these dramatic vistas if they aren't likely to see them when they get here? And millions of people have much deeper worries. Those living in wildfire-prone areas are at real risk of losing their homes, and possibly even their lives, to fire.

As I grew increasingly worried about wildfire in the west, I also realized it was a topic I didn't know enough about. Are these recent fire-filled years unprecedented, or has this happened before in history? What are the predictions for the future? Was my hatred of all wildfires an overly simplistic point of view? Faced with these uncertainties, I responded in typical librarian manner--by reading up on the topic.

What I've found made me feel better in some ways, but worse in others. What made me feel better is that wildfires are nothing new in the west, and indeed in the country as a whole. Studies of burn scars in ponderosa pines (which can live for hundreds of years) show most of them have survived many fires in their long lives. In fact, ponderosas and many other plants are specifically adapted to live with fire. Ponderosas have thick, fire resistant bark, and often shed their lower limbs as they grow, so that fires don't climb into their upper limbs and become a "crown fire" that can kill them. Another fire-adapted plant in the west is the lodgepole pine. These aren't fire resistant, and grow so close together that fires often kill whole groves of them. But their cones actually need fire to open and spread seeds. Lodgepoles have actually evolved to sacrifice themselves for the next generation.

In many landscapes, then, fire is as much an integral part of the ecosystem as rain and sun, or herbivores and predators, and has been for millions of years. While fires seem extreme today (and they are in many ways), there were also huge fires in the past. A fire known as the Big Blowup, for example, burned over 3 million acres in Montana, Idaho, and Washington in 1910. For comparison, the Cameron Peak fire of 2020---the largest wildfire in Colorado's recorded history--burned 208,663 acres. After the Big Blowup, the US Forest Service adopted a policy of supressing all wildfires. This is why, for much of the 20th century, wildfire was seen as an alien force in the landscape--always an enemy, and never an ally. It's also why many forests spent nearly a century without the kind of low-intensity ground fires that thin out trees and clear underbrush.

This is a big problem, because these days many forests are packed with too much undergrowth, deadwood, and other fuel, so that when they do burn, they tend to burn in intense crown fires that can kill every tree for miles around. In the late 20th century, the US Forest Service and other agencies began letting some lightning-sparked fires burn naturally, while setting prescribed fires, or controlled burns, in other areas. But public opinion often opposes letting fires burn...and sometimes with good reason. For example, the huge Hermit's Peak fire in northern New Mexico this year was sparked by a prescribed fire that got out of control, leading the Forest Service to declare a temporary moratorium on prescribed fires.

Another big part of the problem is drought and climate change. Most of the west is now in the middle of a historic megadrought. While megadroughts have also happened before, this one is the worst drought in over 1000 years in many places, and scientists estimate that climate change has made it worse. As forests dry out and the air grows less humid, wildfires become more common, more destructive, and harder to control. Fires today have a different, more intense character than those of the past, and many scientists have begun describing them as megafires. Meanwhile, the warming climate makes the fire season longer. In many places, wildfires can happen any time of year, as shown by the devastating Marshall Fire in Boulder County last December.

Perhaps surprisingly, Colorado's fires haven't historically been among the largest in North American history. Even places like Michigan and New Brunswick have had larger fires than Colorado. But the fires here are getting bigger and more destructive all the time. The top twenty largest fires in the state's history have all happened since 2001, and the Marshall fire, which caused the most property damage, occured just last year. Meanwhile, more and more people here and across the country keep moving into the WUI, or Wildland Urban Interface, where fires are most likely. While most (not all) of the city of Denver is at low risk for fires, Denver's frequent atmospheric inversions make wildfire smoke a serious health concern.

Clearly, wildfires are a big and growing problem in the west; one that everyone living here needs to learn about. But wildfire is also a complex and often countintuitive topic, which even the top experts are still struggling to fully understand. Here are some good sources I've found for learning more about how to live with wildfire.

Preventing Wildfires: Can Better Forest Management Solve the Problem? Barbara Mantel. CQ Researcher An excellent overview of the current wildfire situation in the US.

The pyrocene : how we created an age of fire, and what happens next / Stephen J. Pyne.

Megafire : the race to extinguish a deadly epidemic of flame / Michael Kodas.

Wildfire : on the front lines with station 8 / by Heather Hansen. A book about a wildfire crew based in Boulder

Fire on the mountain : the true story of the South Canyon fire / John N. Maclean. The story of a deadly Colorado wildfire that killed 14 firefighters.

Wilder Than Wild: Fire, Forests and the Future

The Fire Line: Wildfire in Colorado

InciWeb: An interactive map with information on current wildfires in the US

Colorado Forests in a Changing Climate

Protect Your Home and Property from Wildfire 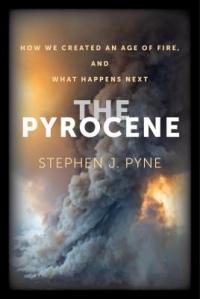 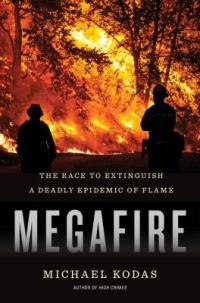 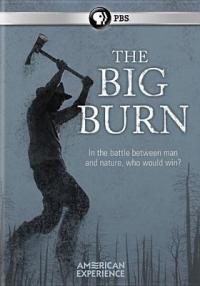 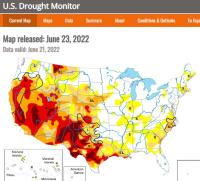 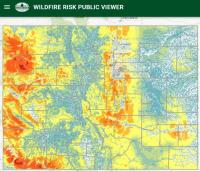