The Supremes - Taking a Closer Look

With the recent passing of Supreme Court Justice Ruth Bader Ginsburg and the movement to quickly fill that seat, it’s important to step back and take a look at not only the accomplishments of “The Notorious RBG,” but the workings and history of this branch of government, the highest tribunal in the Nation for all cases and controversies arising under the Constitution or the laws of the United States.

The 2019 film On the Basis of Sex depicts the true story of Ruth Bader Ginsburg, her struggles for equal rights, and the early cases of a historic career that lead to her nomination and confirmation as U.S. Supreme Court Associate Justice. For a slightly different perspective, take a look at RBG which charts the unique personal journey of her rise to the nation's highest court which has been largely unknown, even to some of her biggest fans.

These two books sit just feet away on the library shelf, which may give posthumous delight to Ginsburg and her friend Supreme Court Justice Antonin Scalia, but politically are miles apart. The Essential Scalia by Antonin Scalia is his story, in his own words. This compendium addresses the hot-button issues of the times, everything from abortion and the right to bear arms, to marriage, free speech, religious liberty, and so much more. Just a little left on the shelf you’ll find Decisions and Dissents of Justice Ruth Bader Ginsburg: a Selection, which includes her “greatest hits” from Reed v. Reed (1970) to the 2013 Supreme Court ruling in the case Shelby County v. Holder which invalidated a key portion of the Voting Rights Act of 1965, long seen as one of the most important civil rights laws of the past century.

Lawrence Goldstone, a constitutional law historian, takes a look at voting equity in On Account of Race: the Supreme Court, White Supremacy, and the Ravaging of African American Voting Rights. As controversies arise in 2020 about Republican Party operatives hoping to win elections by removing potentially hostile voters from election rolls, Goldstone looks back primarily at 19th-century court rulings to demonstrate that the justices—all of them white males—never intended to uphold the true meaning of the 14th and 15th Amendments to the Constitution.

In Supreme Inequality: the Supreme Court's Fifty-year Battle for a More Unjust America, author Adam Cohen surveys the most significant Supreme Court rulings since the Nixon era and exposes how rarely the Court has veered away from its agenda of promoting inequality. Contrary to what Americans like to believe,Cohen alleges that the Court does little to protect the rights of the poor and disadvantaged; in fact, it has not been on their side for fifty years.

Even though Advise and Dissent (Kanopy streaming only) chronicles the confirmation of John Roberts, Samuel Alito and the failed confirmation of Harriet Miers in 2005-2006, it is just as relevant now as ever. The film documents a transition from the Roberts confirmation, which was really a “stealth” or “vanilla” strategy, according to filmmaker David Van Taylor, a nominee who has very little paper trail and deflects all substantive questions, to the Alito confirmation, where the nominee had a record he really couldn’t run from.

Due to the structural organization of the judiciary and certain widely shared professional norms, the capacity of the Supreme Court to review lower-court decisions is severely limited. In Rationing the Constitution: How Judicial Capacity Shapes Supreme Court Decision-making Andrew Coan develops a novel and arresting theory of Supreme Court decision-making. In deciding cases, the Court must not invite more litigation than it can handle. Touching on federalism, the separation of powers, and individual rights, this constraint creates a strong pressure to adopt hard-edged categorical rules, or defer to the political process, or both. The implications for U.S. constitutional law are profound.

Feeling a little overwhelmed trying to understand how all this fits together? Pick up A User's Guide to Democracy: How America Works by Nick Capodice and Hannah McCarthy, illustrated by New Yorker cartoonist Tom Toro. This is an easily digestible, illustrated guidebook to the agencies and institutions that make up the federal government. Capodice and McCarthy, who host a show and podcast on New Hampshire Public Radio titled Civics 101, end the book with a roundup of significant Supreme Court decisions, which also teach a bit about the Justices.The summaries skip all the legalese and make it easy to understand the cases.

Now that you understand a bit more about the judicial system, you may be wondering what the most important thing you can do about the upcoming election. One word - VOTE! If you are not registered yet, there is still time. Click here to register to vote in Colorado, online through October 26 - visit HowToVote for more information on in person and by mail options. 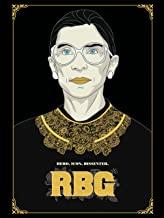 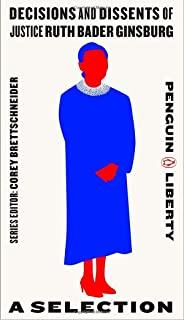