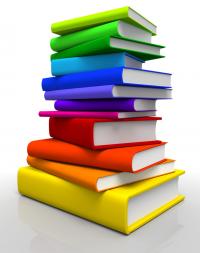 Pride month may have officially been June, but LGBTQIA+ representation can be found in Denver Public Library’s collection any time of the year, including in the recently created Graphic Format Memoirs Core Collection.

One of the best-known graphic novels overall and an obvious pick for the graphic memoirs list is Alison Bechdel’s Fun Home: A Family Tragicomic. Bechdel explores her relationship with her emotionally distant father, a closeted gay man, and her own sexuality while reflecting on growing up in her family’s funeral home. Both humorous and deeply moving, Fun Home is a classic in its genre.

Bishakh Som’s Spellbound: A Graphic Memoir is the story of Som’s daily life as an author and offers an important perspective—Som is a transgender woman who, from the book’s description, “explores the concept of identity by inviting the reader to view the author moving through life as she would have us see her, that is, as she sees herself.”

Taking Turns: Stories from HIV/AIDS Care Unit 371 by MK Czerwiec recounts the touching story of an AIDS care unit in Chicago, which housed patients from 1985-2000. Unit 371’s unique and highly personal level of care and community during a time of crisis and misinformation surrounding the AIDS pandemic is very poignant, and Czerwiec’s work calls to mind more recent parallels as we all come to terms with another ongoing pandemic.

While the memoirs above feature LGBTQIA+ stories at the center of their narratives, some titles on the Graphic Format Memoirs Core Collection list were created by self-identified members of the community focusing their work on different topics. Examples include They Called Us Enemy by George Takei, which is the well-known celebrity’s story of his childhood experience as a Japanese American imprisoned in concentration camps during World War II. On the lighter side, Fetch: How a Bad Dog Brought Me Home is Nicole Georges’ sweetly illustrated story of her close relationship with her dog, to which any pet owner is sure to relate. 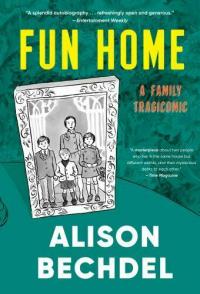 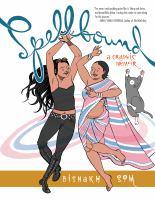 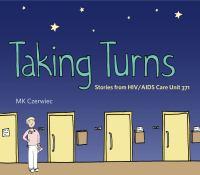 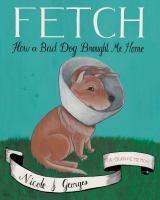