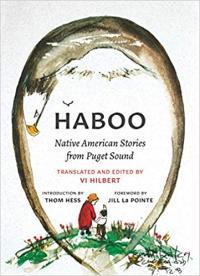 The stories and legends of the Lushootseed-speaking people of Puget Sound represent an important part of the oral tradition by which one generation hands down beliefs, values, and customs to another. Vi Hilbert grew up when many of the old social patterns survived and everyone spoke the ancestral language. Haboo, Hilbert's collection of thirty-three stories, features tales mostly set in the Myth Age, before the world transformed. Prominent characters like Wolf, Salmon, and Changer and tricksters like Mink, Raven, and Coyote populate humorous, earthy stories that reflect foibles of human nature, convey serious moral instruction, and comically detail the unfortunate — even disastrous — consequences of breaking taboos.

A Native American vigilante-for-hire takes his most personal assignment in this debut. When the American justice system fails, a distressingly common occurrence on the Rosebud Indian Reservation in South Dakota, Virgil Wounded Horse is the guy you call to mete out punishment on his own terms—even if you're a tribal councilman looking to get heroin off your reservation. No sooner does Virgil begin to track down who's smuggling the drugs and eliminate the problem, when he suddenly faces a more immediate problem: his nephew Nathan has been caught with enough prescription pills in his school locker that he could receive 30 years in prison. Weiden is also a Professor of Native American Studies and Political Science at Metropolitan State University of Denver.

It is perfect that Joy Harjo is now our poet laureate, and this beautiful new collection of poetry shows why. Both personal vision and historical reflection, An American Sunrise takes in the troubled events that brought her people from Georgia to the Trail of Tears, and moves from an unflinching gaze to a healing prayer.

Bury My Heart at Chuck E. Cheese's by Tiffany Midge

This is a compelling collection of life, politics, and identity as a Native woman in today’s America. With an artful mix of sly humor, social commentary and meditations on love and loss, Midge weaves short, stand-alone musings into a powerful — and powerfully funny — memoir. A citizen of the Standing Rock Sioux Tribe, she’s the former humor columnist for Indian Country Today and teaches multi-genre humor writing that elevates awareness of social justice issues.

Recovering the Sacred: the Power of Naming and Claiming by Winona LaDuke

The Indigenous imperative to honor nature is undermined by federal laws approving resource extraction through mining and drilling. Formal protections exist for Native American religious expression, but not for the places and natural resources integral to ceremonies. Under what conditions can traditional beliefs be best practiced? Recovering the Sacred features a wealth of Native research and hundreds of interviews with Indigenous scholars and activists.

Crooked Hallelujah tells the stories of Justine — a mixed-blood Cherokee woman — and her daughter Reney as they move from Eastern Oklahoma's Indian Country in the hopes of starting a new, more stable life in Texas amid the oil bust of the 1980s. However, life in Texas isn't easy, and Reney feels unmoored from her family in Indian Country. Against the vivid backdrop of the Red River, we see their struggle to survive in a world of unreliable men and near-Biblical natural forces like wildfires and tornadoes intent on stripping away their connections to one another and their very ideas of home.

Eyes Bottle Dark with a Mouthful of Flowers: Poems by Jake Skeets

Winner of the 2018 National Poetry Series, Skeets’s searing debut is set in Gallup, NM — the so-called “Indian Capital of the World,” plagued by alcoholism and violence, where the poet came of age as a young queer man. Skeets’s imagery is luminous and dark in turns, his short, heavily punctuated phrases generating a staccato rhythm (“Drunktown. Drunk is the punch. Town a gasp”). Sex and violence are intrinsically linked in Gallup, at least for men, who “only touch when they fuck in a backseat/ go for the foul with thirty seconds left/ hug their son after high school graduation/ open a keg/ stab my uncle forty-seven times behind the liquor store.”

Ned Christie: the Creation of an Outlaw and Cherokee Hero by Devon A. Mihesuah

Mihesuah draws on hundreds of newspaper accounts, oral histories, court documents, and family testimonies to assemble the most accurate portrayal of Christie’s life possible. More than a biography, Ned Christie traces the making of an American myth.

Tormented by shell shock and haunted by memories of his cousin who died in the war, Tayo — a mixed-blood Laguna Pueblo and veteran of World War II — struggles on his impoverished reservation. After turning to alcohol to ease his pain, he strives for a better understanding of who he is.

The Only Good Indians by Stephen Graham Jones

Beautifully written, funny, and packed with sharp societal insight, this title follows four Blackfeet men caught in the crosshairs of a supernatural entity hell-bent on revenge after a fateful elk hunt 10 years prior. Rooted in cultural identity and told from four compelling points of view, this atmospheric horror story packs a bloody yet literary punch. In the contemporary Blackfeet Territory of Montana, readers meet Richard Boss Ribs, Lewis Clarke, Cassidy Sees Elk, and Gabriel Cross Guns, and learn about them by way of their observations of one another, and those of other humans and non-humans. Voices change but the narrative flows naturally with no room for confusion. Of special note, the audiobook narrator is Shaun Taylor-Corbett, of Blackfeet tribal heritage himself, and author Stephen Graham Jones is a Professor of Distinction at the University of Colorado Boulder.

Whether looking back to a troubled past or welcoming a hopeful future, the powerful voices of Indigenous girls and women across North America resound in this book. In the same visual style as the bestselling Dreaming in Indian, #NotYourPrincess presents an eclectic collection of poems, essays, interviews, and art that combine to express the experience of being a Native woman. Stories of abuse, intergenerational trauma, and stereotyping are countered by the voices of passionate women demanding change and realizing their dreams. Sometimes outraged, often reflective, but always strong, the women in this book will give teen readers insight into the lives of women who, for so long, have had their history hidden and whose modern lives have been virtually invisible. 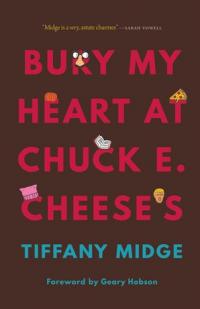 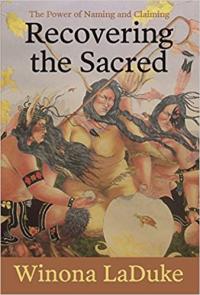 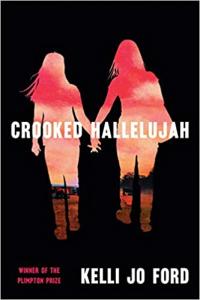 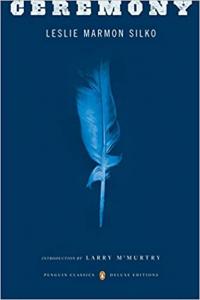 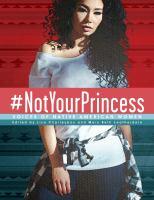