These gentle stories introduce LGBTQ+ characters experiencing a crush. From princesses in a faraway kingdom to middle schoolers who bond over a shared love of roller coasters, these endearing stories will stay with you long after you put down the book.

"Would-be amusement park aficionado Dalia only has two items on her summer bucket list: (1) finally ride a roller coaster and (2) figure out how to make a new best friend. But when her dad suddenly announces that he's engaged, Dalia's schemes come to a screeching halt. With Dalia's future stepsister Alexa heading back to college soon, the grown-ups want the girls to spend the last weeks of summer bonding -- meaning Alexa has to cancel the amusement park road trip she's been planning for months. Luckily Dalia comes up with a new plan: If she joins Alexa on her trip and brings Rani, the new girl from her swim team, along maybe she can have the perfect summer after all. But what starts out as a week of funnel cakes and Lazy River rides goes off the rails when Dalia discovers that Alexa's girlfriend is joining the trip. And keeping Alexa's secret makes Dalia realize one of her own: She might have more-than-friend feelings for Rani" -- Amazon.com.

Melly only joined the school band because her best friend, Olivia, begged her to. But to her surprise, quiet Melly loves playing the drums. Its the only time she doesnt feel like a mouse. Now she and Olivia are about to spend the next two weeks at Camp Rockaway, jamming under the stars in the Michigan woods. But this summer brings a lot of big changes for Melly: her parents split up, her best friend ditches her, and Melly finds herself unexpectedly falling for another girl at camp. To top it all off, Mellys not sure she has what it takes to be a real rock n roll drummer. Will she be able to make music from all the noise in her heart? 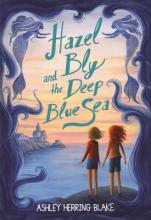 For two years, twelve-year-old Hazel has coped with her Mum's accidental death by overprotecting her sister and Mama, but when Mama reconnects with her first love, roles begin to shift.

"Twelve-year-old Ivy Aberdeen's house is destroyed in a tornado, and in the aftermath of the storm, she begins to develop feelings for another girl at school"-- Provided by publisher. 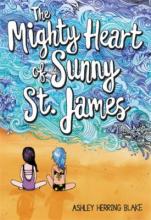 "Twelve-year-old Sunny St. James must navigate heart surgery, reconnections with a lost mother, the betrayal of a former best friend, first kisses, and emerging feelings for another girl"-- Provided by publisher.

"In a small but turbulent Louisiana town, one boy's grief takes him beyond the bayous of his backyard, to learn that there is no right way to be yourself"-- Provided by publisher.

When Mattie is cast as Romeo in an eighth-grade play, she is confused to find herself increasingly attracted to Gemma, a new classmate who is playing Juliet. 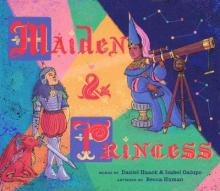 When a maiden reluctantly attends a ball for her friend, the prince, everyone considers her his perfect match until she surprises them--and herself--by finding true love with someone else. 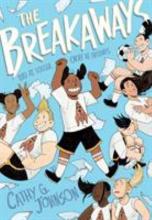 When a popular student encourages her to join the soccer team, Faith signs up even though she has never played the game and learns about loyalty and friendship. 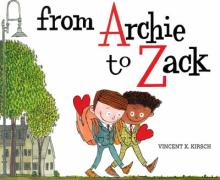 Archie and Zack are inseparable, both in elementary school and outside it, but Archie is having trouble telling Zack about his love, so he writes a letter, from A. to Z.; in fact he writes a lot of letters, but they do not sound right so he hides them--and though his other friends, Zelda, Zinnia, and Zuzella, find the letters, they all understand who the letters are really for. 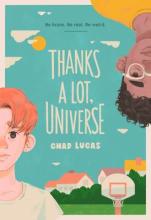 "Brian has always been anxious, whether at home, or in class, or on the basketball court. His dad tries to get him to stand up for himself and his mom helps as much as she can, but after he and his brother are placed in foster care, Brian starts having panic attacks. And he doesn't know if things will ever be normal again... Ezra's always been popular. He's friends with most of the kids on his basketball team--even Brian, who usually keeps to himself. But now, some of his friends have been acting differently, and Brian seems to be pulling away. Ezra wants to help, but he worries if he's too nice to Brian, his friends will realize that he has a crush on him... But when Brian and his brother run away, Ezra has no choice but to take the leap and reach out. Both boys have to decide if they're willing to risk sharing parts of themselves they'd rather hide. But if they can be brave, they might just find the best in themselves--and each other."--Provided by publisher.

"When Annabelle learns that her father shares something big--and surprising--in common with her new nonbinary friend, she begins to see herself, and her family, in a whole new light"-- Provided by publisher.

Both can be true
Machias, Jules, author.

Daniel and Ash cross paths when a pomeranian is about to be euthanized; the sensitive Dan rescues the dog and Ash offers to help on a day when they are female-presenting. As the friendship grows, Ash feels less and less able to be their full self -- sometimes male and sometimes female -- in front of Dan without knowing that both people find themselves constantly at war with their non-conforming identities.

Twelve-year-old Rahul Kapoor, an Indian-American boy growing up in small-town Indiana, struggles to come to terms with his identity, including that he may be gay.

Spin with me
Polonsky, Ami, author.

Told in two voices, seventh-graders Essie, in North Carolina for just one semester, and Ollie, a non-binary, "gender weird" classmate, develop a gentle romance while Essie ponders her label. 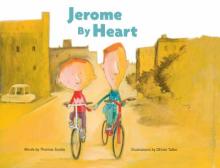 "A young boy expresses his love for his friend Jerome" --Publisher description. 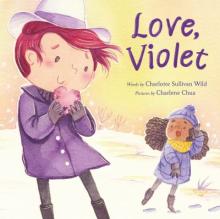 Shy Violet attempts to show another girl how she feels on Valentine's Day.