If You Liked Diary of a Wimpy Kid or Dork Diaries

Discovering a smelly creature in her garbage can that she names after herself, Olga befriends and studies the eccentric Olgamus using the scientific method, the practices of Jane Goodall, and other scientific concepts.

As a troll, Zarf Belford is at the bottom of the social ladder at Cotswin Middle School, but when the king goes missing and his insufferable son takes control, Zarf leads his friends Kevin and Chester on a rescue mission. 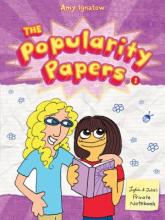 Two best friends embark on a project to study the behavior and taste of the popular girls at their elementary school so that by the time they get to middle school they too will be in the right crowd. Novel appears in the form of a scrapbook. 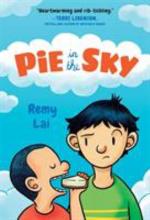 "Sometimes life isn't a piece of cake... When Jingwen moves to a new country, he feels like he's landed on Mars. School is torture, making friends is impossible since he doesn't speak English, and he's often stuck looking after his (extremely irritating) little brother, Yanghao. To distract himself from the loneliness, Jingwen daydreams about making all the cakes on the menu of Pie in the Sky, the bakery his father had planned to open before he unexpectedly passed away. The only problem is his mother has laid down one major rule: the brothers are not to use the oven while she's at work. As Jingwen and Yanghao bake elaborate cakes, they'll have to cook up elaborate excuses to keep the cake making a secret from Mama." -- Amazon 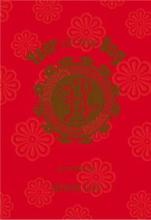 The year of the dog
Lin, Grace.

Frustrated at her seeming lack of talent for anything, a young Taiwanese American girl sets out to apply the lessons of the Chinese Year of the Dog, those of making best friends and finding oneself, to her own life. 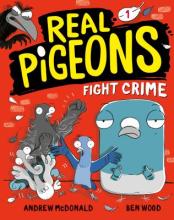 Ever wonder why pigeons always act so weird? It's because they're out there chasing the bad guys and saving your butts! Did you know your city is protected by a secret squad of crime-fighting pigeons? It's true! With master of disguise Rock Pigeon, bendy Tumbler, strong Frillback and super-finder Homey, the Real Pigeons will solve any mystery and fight any bad guy to keep the city safe!

"Imaginative Omar goes through the ups and downs of starting a new school and making new friends with the help of his wonderful (and silly) Muslim family"-- Provided by publisher.

"Max and a group of friends dubbed the Midknights go on a quest to rescue the Kingdom of Byjovia from the mean King Gastley!"-- Provided by publisher.

On his first day at Brooklyn's P.S. 858, fifth-grader Michael K. is teamed with two very strange students, and while he gradually comes to believe they are aliens who need his help, he has trouble convincing anyone else of the truth. 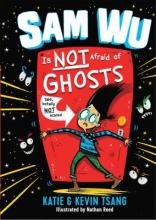 After an embarrassing incident on his school field trip, Sam is determined to prove that he is not afraid of ghosts. 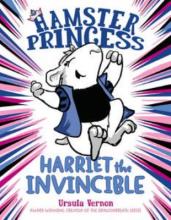 Never a conventional princess, Harriet becomes an adventurer after learning she is cursed to fall into a deep sleep on her twelfth birthday, but after two years of slaying ogres, cliff-diving, and more with her riding quail, Mumfrey, things go awry at home and she must seek a prince to set things right.

Nervous about middle school because her family does not get her and her friends know exactly what they want to do, Abbie Wu searches for her own passion before discovering a knack for leadership when injustices in the cafeteria come to light.