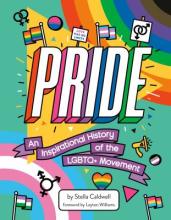 Pride : an inspirational history of the LGBTQ+ movement
Caldwell, S. A. (Stella A.), author.

"The LGBTQ+ community is so much more than rainbow flags and the month of June. In this beautifully designed dynamic book, young readers will learn about groundbreaking events, including historic pushes for equality and the legalization of same-sex marriages across the world. They will dive into the phenomenal history of queer icons from ancient times to the present and read about Harvey Milk, Marsha P. Johnson, Audre Lorde, and more. Including several personal current essays from inspiring young LGBTQ+ people, this book encourages readers to take pride in their identity and the identities of those around them. Don't just learn about LGBTQ+ history--take pride in it!"-- Provided by publisher. 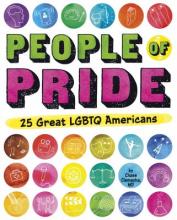 "What do Frank Ocean, Sally Ride, George Takei, and Sharice Davids all have in common? They're all proud LGBTQ Americans! Featuring people from a variety of occupations and backgrounds, this collection of 25 short biographies demonstrates the diversity, accomplishments, and pride within the American LGBTQ community."--Amazon. 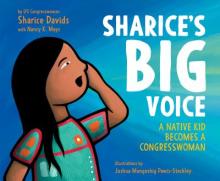 This inspiring picture book autobiography tells the remarkable story of Sharice Davids, one of the first Native American women elected to Congress and the first LGBTQ congressperson to represent Kansas. 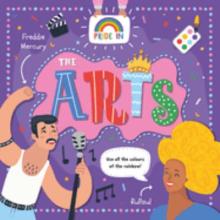 Sometimes being who you are can be a hard thing to do. Learn about people from across the LGBTQIA+ community who celebrate who they are and never stop fighting for what they believe in. No matter who you are, inside or out, this book is here to teach you that you can be proud of who you are. 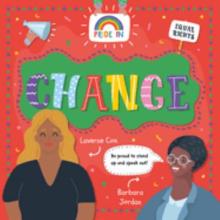 "Sometimes being who you are can be a hard thing to do. Learn about people from across the LGBTQIA+ community who celebrate who they are and never stop fighting for what they believe in. No matter who you are, inside or out, this book is here to show you that you can be proud of who you are"--Back cover. 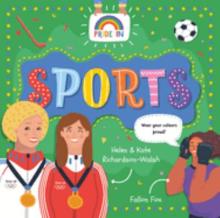 "Sometimes being who you are can be a hard thing to do. Learn about people from across the LGBTQIA+ community who celebrate who they are and never stop fighting for what they believe in. No matter who you are, inside or out, this book is here to show you that you can be proud of who you are. Wear your colours proud! It's time to have pride in sports!" -- Back cover. 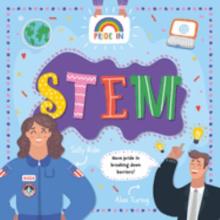 "Sometimes being who you are can be a hard thing to do. Learn about people from across the LGBTQIA+ community who celebrate who they are and never stop fighting for what they believe in. No matter who you are, inside or out, this book is here to teach you that you can be proud of who you are. Let's break down some barriers! It's time to have pride in STEM!" -- Back cover. 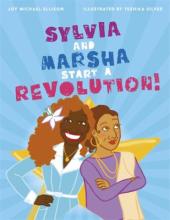 Sylvia and Marsha start a revolution! : the story of the trans women of color who made LGBTQ+ history
Ellison, Joy Michael, author.

""Someday girls like us will be able to wear whatever we want. People will call us by the names we choose. They'll respect that we are women. The cops will leave us alone and no one will go hungry." Sylvia and Marsha are closer than sisters. They are kind and brave and not afraid to speak their truth, even when it makes other people angry. This illustrated book introduces children to the story of Sylvia Rivera and Marsha P. Johnson, the two transgender women of colour who helped kickstart the Stonewall Riots and dedicated their lives to fighting for LGBTQ+ equality. It introduces children to issues surrounding gender identity and diversity, accompanied by a reading guide and teaching materials to further the conversation"-- Provided by publisher. 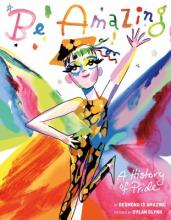 Be amazing : a history of Pride
Napoles, Desmond, author.

"In Be Amazing, drag kid Desmond is Amazing walks you through the history of the LGBTQ community, all while encouraging you to embrace your own uniqueness and ignore the haters."-- Publisher's description. 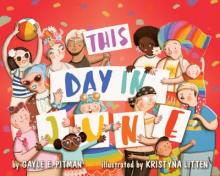 "A picture book illustrating a Pride parade. The endmatter serves as a primer on LGBT history and culture and explains the references made in the story"-- Provided by publisher. 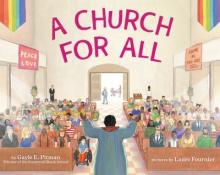 A church for all
Pitman, Gayle E., author.

Celebrates a diverse community on a Sunday morning at an inclusive church that welcomes all people regardless of age, class, race, gender identity, and sexual orientation. Come to the church for all!" 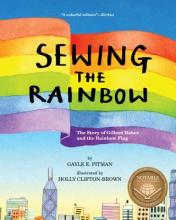 Sewing the rainbow : the story of Gilbert Baker and the rainbow flag
Pitman, Gayle E., author.

"Sewing the Rainbow is the powerful story of Gilbert Baker and the creation of the rainbow flag. This book takes readers from Gilbert's childhood in a small town in Kansas where he didn't fit in, to his historic artistic career in San Francisco. Today the flag is everywhere, even in the small town where Gilbert grew up! This book shows that when you see a rainbow flag, you'll know it's okay to be your colorful self. Includes a Note to Parents and Caregivers with more about Gilbert and the flag's history." --Publisher description.

The Stonewall Riots : coming out in the streets
Pitman, Gayle E., author.

"This book is about the Stonewall Riots, a series of spontaneous, often violent demonstrations by members of the gay (LGBTQ+) community in reaction to a police raid that took place in the early morning hours of June 28, 1969, at the Stonewall Inn in the Greenwich Village neighborhood of Manhattan, New York City. The Riots are attributed as the spark that ignited the LGBTQ+ Movement. The author describes American gay history leading up to the Riots, the Riots themselves, and the aftermath, and includes her interviews of people involved or witnesses, including a woman who was ten at the time. Profusely illustrated, the book includes contemporary photos, newspaper clippings among other period objects. A timely and necessary read, The Stonewall Riots helps readers to understand the history and legacy of the LGBTQ+ movement"-- Provided by publisher. 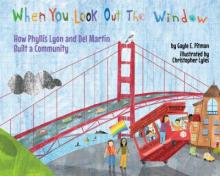 When you look out the window : how Phyllis Lyon and Del Martin built a community
Pitman, Gayle E., author.

"When you look our the window tells the story of Phyllis Lyon and Del Martin, one of San Francisco's most well-known and politically active lesbian couples. Describing the view from Phyllis and Del's window, this book shows how one couple's activism transformed their community--and had ripple effects throughout the world"--Back cover. 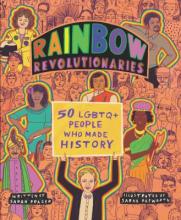 Rainbow Revolutionaries brings to life the vibrant histories of fifty pioneering LGBTQ+ people from around the world. Through Sarah Prager's (Queer, There, and Everywhere) short, engaging bios, and Sarah Papworth's bold, dynamic art, readers can delve into the lives of Wen of Han, a Chinese emperor who loved his boyfriend as much as his people, Martine Rothblatt, a trans woman who's helping engineer the robots of tomorrow, and so many more! 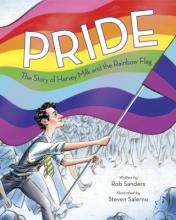 Pride : the story of Harvey Milk and the Rainbow Flag
Sanders, Rob, 1958- author.

Traces the life of the Gay Pride Flag, from its beginnings with social activist Harvey Milk and designer Gilbert Baker to its spanning of the globe and its role in today's world. 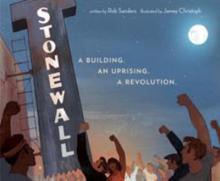 Stonewall : a building, an uprising, a revolution
Sanders, Rob, 1958- author. 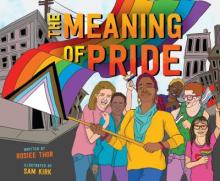 "Celebrating the culture and achievements of the LGBTQ+ community, this vibrant picture book shows young readers that there are many ways to show your pride and make a difference"-- Provided by publisher