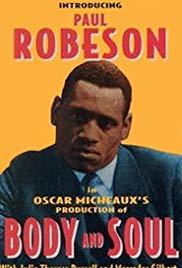 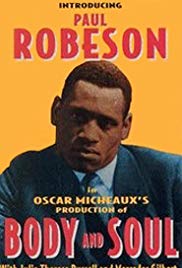 Adult , Teen
Registration for this event is no longer open.

Join us for this final presentation in our silent film tribute to African American filmmaker Oscar Micheaux. “Body and Soul is a 1925 race film produced, written, directed, and distributed by Micheaux and starring Paul Robeson in his motion picture debut. In 2019, the film was selected by the Library of Congress for inclusion in the National Film Registry for being ‘culturally, historically, or aesthetically significant’” -- from Wikipedia.

The Preservery is hosting in their dining room, so you’ll have a wonderful selection of menu items and beverages from which to choose.