It was another great year for the James Beard Foundation and their annual awards celebration, held in person in Chicago in early June. And admittedly, Denver is feeling a bit of hometown pride since our own Soul Scholar, Adrian Miller, is one of the winners! The James Beard Foundation Book Award Winners are selected from cookbooks and other non-fiction food- or beverage-related books that were published in English in the U.S. in 2020 and 2021.

Reference, History, and Scholarship
Black Smoke: African Americans and the United States of Barbecue by Adrian Miller - Miller chronicles how Black barbecuers, pitmasters, and restauranteurs helped develop this cornerstone of American foodways and how they are coming into their own today. And be sure to check out our 2021 Battle of the Books where Miller took the prize for championing Edna Lewis' The Taste of Country Cooking.

Beverage without Recipes
Girly Drinks: A World History of Women and Alcohol by Mallory O'Meara - Take a tour through the feminist history of women drinking, and learn about the untold female distillers, drinkers, and brewers that played vital roles in potent potable history, from ancient Sumerian beer goddess Ninkasi to 1920s bartender Ada Coleman. You can catch O'Meara talking with local ladies of libations in honor of Women's History Month on the DPL YouTube channel.

Beverage with Recipes
The Way of the Cocktail: Japanese Traditions, Techniques, and Recipes by Julia Momosé with Emma Janzen - Japanese cocktail culture is an art form treated with reverence. and Japanese American bartender Momosé of Kumiko and Kikkō in Chicago takes readers on a journey into this realm.

International
In Bibi's Kitchen: The Recipes and Stories of Grandmothers from the Eight African Countries that Touch the Indian Ocean by Hawa Hassan with Julia Turshen - Somali chef Hassan joins forces with food writer Turshen to showcase 75 recipes from Black grandmothers (bibis) all around the world. This tapestry of collective experiences over eight lands shares not only mouthwatering meals, but also a history of the spice trade in these nations, including exports such as vanilla and pepper.

Restaurant and Professional
Mister Jiu's in Chinatown: Recipes and Stories from the Birthplace of Chinese American Food by Brandon Jew and Tienlon Ho - With more than a hundred photographs of finished dishes as well as moving and evocative atmospheric shots of Chinatown, this book is also an intimate portrait—a look down the alleyways, above the tourist shops, and into the kitchens—of the neighborhood that changed the flavor of America.

U.S. Foodways
Mosquito Supper Club: Cajun Recipes from a Disappearing Bayou by Melissa M. Martin - This cookbook is Chef Melissa M. Martin's love letter to Chauvin, Louisiana, the Cajun fishing town where she grew up. Readers will find a timeless glossary of Cajun cookery, and a careful, practical guide to gathering seasonal ingredients and preparing dishes from duck gumbo to pecan pie.

Visuals
Take One Fish: The New School of Scale-to-Tail Cooking and Eating by Josh Niland - There are no rules when it comes to cooking fish according to this James Beard award winning chef, only an endless world of possibilities. With 60 mind-blowing recipes from just 15 global varieties of fish, this cookbook takes readers on a gustatory journey – from elaborate to easy, small to large and – always – scale to tail.

Writing
Franchise: The Golden Arches in Black America by Marcia Chatelain - The author uses the fast food industry as a prism through which to glean a richer, more nuanced understanding of the history of black America. This mix of business, politics, and race relations serves up moments of hope and disillusionment in the many characters that have a story to tell along with their order of burgers and fries.

Cookbook Hall of Fame
The Zuni Café Cookbook: A Compendium of Recipes and Cooking Lessons from San Francisco's Beloved Restaurant​​​​ - by
Judy Rodgers - This classic title, published in 2002, this book is an excellent fusion between classic French technique and style, California ingredients, and Rodgers’ own good sense for what people want to eat. Even though the book demands attention and care for its sometimes lengthy recipes, it doesn't feel fussy or overdone.

The 2022 Awards are the first since changes to the Awards were made as a result of an audit of their policies and procedures, including establishing a Code of Ethics and an independent review process conducted by a volunteer Ethics Committee. Click here for a full list of the James Beard Foundation Award winners!

Want to be ahead of the crowd with forthcoming cookbooks? Check out our On Order titles! Find something you like? Let us know in the comments below. 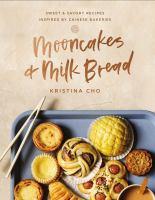 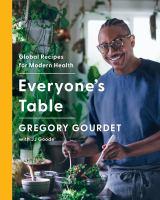 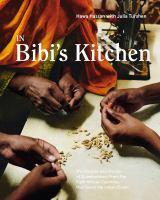 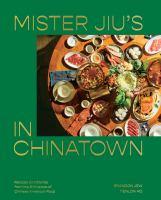 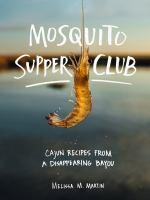 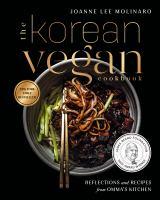 Mosquito Supper Club is one of my favorite cookbooks, can't wait to check out the other titles!