The Athmar Park Branch Library is closed Friday, Dec. 2 and Saturday, Dec. 3 due to building issues. The branch is expected to be open Tuesday, Dec. 6.

Books on Voting for Teens

Learn about voting and elections in the United States with these selections of fiction and non-fiction books for teens! Election day is on Tuesday, November 8.

A selection of non-fiction books about voting and election history, chosen specifically for teens.

One Person, No Vote: How Not All Voters Are Treated Equally
Anderson, Carol

In her New York Times bestseller White Rage, Carol Anderson laid bare an insidious history of policies that have systematically impeded black progress in America, from 1865 to our combustible present. With One Person, No Vote, she chronicles a related history: the rollbacks to African American participation in the vote since the 2013 Supreme Court decision that eviscerated the Voting Rights Act of 1965. Known as the Shelby ruling, this decision effectively allowed districts with a demonstrated history of racial discrimination to change voting requirements without approval from the Department of Justice. Focusing on the aftermath of Shelby, Anderson follows the astonishing story of government-dictated racial discrimination unfolding before our very eyes as more and more states adopt voter suppression laws. In gripping, enlightening detail she explains how voter suppression works, from photo ID requirements to gerrymandering to poll closures. And with vivid characters, she explores the resistance: the organizing, activism, and court battles to restore the basic right to vote to all Americans as the nation gears up for the 2020 presidential election season.

Lifting As We Climb: Black Women's Battle for the Ballot Box
Dionne, Evette

For African American women, the fight for the right to vote was only one battle. An eye-opening book that tells the important, overlooked story of black women as a force in the suffrage movement--when fellow suffragists did not accept them as equal partners in the struggle. 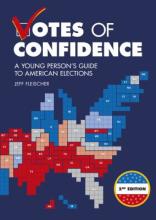 Every four years, coverage of the presidential elections turns into a horse-race story about who is leading, and who said what then. Fleischer explains the past, present, and future of American elections; how the election process actually works and why it matters; and how young people can become involved-- not just this year, but for years to come. -- adapted from back cover

Following the Civil War, the Reconstruction era raised a new question to those in power in the US: Should African Americans, so many of them former slaves, be granted the right to vote? In a bitter partisan fight over the legislature and Constitution, the answer eventually became yes, though only after two constitutional amendments, two Reconstruction Acts, two Civil Rights Acts, three Enforcement Acts, the impeachment of a president, and an army of occupation. Yet, even that was not enough to ensure that African American voices would be heard, or their lives protected. White supremacists loudly and intentionally prevented black Americans from voting -- and they were willing to kill to do so. In this vivid portrait of the systematic suppression of the African American vote, critically acclaimed author Lawrence Goldstone traces the injustices of the post-Reconstruction era through the eyes of incredible individuals, both heroic and barbaric, and examines the legal cases that made the Supreme Court a partner of white supremacists in the rise of Jim Crow. Though this is a story of America's past, Goldstone brilliantly draws direct links to today's creeping threats to suffrage in this important and, alas, timely book.

The Right to Vote
Harris, Duchess

This volume examines the Right to Vote through examples and with historical context. 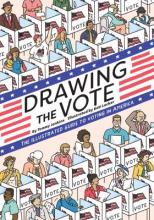 Drawing the Vote: An Illustrated Guide to Voting in America
Jenkins, Tommy

Coinciding with the 2020 US presidential election, Drawing the Vote, an original graphic novel, looks at the history of voting rights in the United States, and how it has affected the way we vote today. Author Tommy Jenkins traces this history from the earliest steps toward democracy during the American Revolution, to the upheaval caused by the Civil War, the fight for women's suffrage, the Civil Rights movement, the election of an African American president, and the control by a Republican majority. Along the way, Jenkins identifies events and trends that led to the unprecedented results of the 2016 presidential election that left Americans wondering, "how did this happen?" To balance these complex ideas and statistics, Kati Lacker's clean artistic style makes the book both beautiful and accessible. At a time when many citizens are experiencing apathy about voting and skepticism concerning our bitterly divided political parties, Drawing the Vote seeks to offer some explanation for how we got here and how every American can take action to make their vote count. 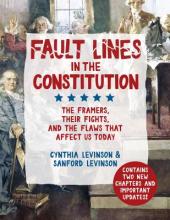 Fault Lines in the Constitution: The Framers, Their Fights, and the Flaws that Affect Us Today
Levinson, Cynthia 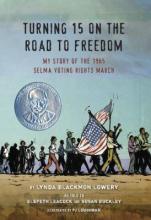 Turning 15 on the road to Freedom: My Story of the 1965 Selma Voting Rights March
Lowery, Lynda Blackmon

A 50th-anniversary tribute shares the story of the youngest person to complete the momentous Selma to Montgomery March, describing her frequent imprisonments for her participation in nonviolent demonstrations and how she felt about her involvement in historic Civil Rights events.

A YA Nonfiction book about the history of Fake News and tips for how to spot it. 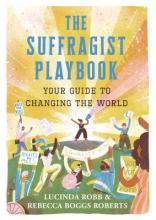 The Suffragist Playbook: Your Guide to Changing the World
Robb, Lucinda

The women's suffrage movement was decades in the making and came with many harsh setbacks. But it resulted in a permanent victory: women's right to vote. How did the suffragists do it? One hundred years later, an eye-opening look at their playbook shows that some of their strategies seem oddly familiar. Women's marches at inauguration time? Check. Publicity stunts, optics, and influencers? They practically invented them. Petitions, lobbying, speeches, raising money, and writing articles? All of that, too. From moments of inspiration to some of the movement's darker aspects--including the racism of some suffragist leaders, violence against picketers, and hunger strikes in jail--this clear-eyed view takes in the role of key figures: Susan B. Anthony, Lucy Stone, Sojourner Truth, Elizabeth Cady Stanton, Frances Willard, Ida B. Wells, Alice Paul, and many more. Engagingly narrated by Lucinda Robb and Rebecca Boggs Roberts, whose friendship goes back generations (to their grandmothers, Lady Bird Johnson and Lindy Boggs, and their mothers, Lynda Robb and Cokie Roberts), this unique melding of seminal history and smart tactics is sure to capture the attention of activists-in-the-making today. 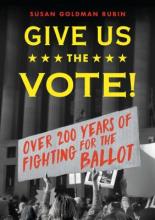 Give Us the Vote!: Over 200 Years of Fighting for the Ballot
Rubin, Susan Goldman

Contains an extensive view of suffrage from the Founding Fathers to the 19th Amendment to the Civil Rights Act of 1964 to today's voter suppression controversies, and explains the barriers people of color, Indigenous people, and immigrants face.

You Call This Democracy?: How to Fix Our Government and Return Power to the People
Rusch, Elizabeth

America is the greatest democracy in the world...isn't it? Author Elizabeth Rusch examines some of the more problematic aspects of our government but, more importantly, offers ways for young people to fix them.

A selection of fiction books that emphasize the importance of voting and democracy, chosen specifically for teens.

Yes No Maybe So
Albertalli, Becky

Jamie Goldberg, who chokes when speaking to strangers, and Maya Rehrman, who is having the worst Ramadan ever, are paired to knock on doors and ask for votes for the local state senate candidate.

The first year they're eligible to vote, Marva and Duke meet at their polling place and, over the course of one crazy day, fall in love.

You Say It First
Cotugno, Katie

Meg has her entire life set up perfectly: she and her best friend, Emily, plan to head to Cornell together in the fall, and she works at a voter registration call center in her Philadelphia suburb. But everything changes when one of those calls connects her to a stranger from small-town Ohio. Colby is stuck in a rut, reeling from a family tragedy and working a dead-end job. The last thing he has time for is some privileged rich girl preaching the sanctity of the political process. So he says the worst thing he can think of and hangs up. But things don't end there...

The State of Us
Hutchinson, Shaun David

Dean and Dre, the seventeen-year-old sons of the Republican and Democratic candidates for president of the United States, fall in love on the sidelines of their parents' presidential campaigns.

Optics can make or break an election. Everything Mark knows about politics, he learned from his father, the Congressman who still pretends he has a daughter and not a son. Mark has promised to keep his past hidden and pretend to be the cis guy everyone assumes he is. But when he sees a manipulatively charming candidate for student body president inflame dangerous rhetoric, Mark risks his low profile to become a political challenger.

When fifteen-year-old Cuban American Mariana Ruiz's father runs for president, Mari starts to see him with new eyes. A novel about waking up and standing up, and what happens when you stop seeing your dad as your hero-while the whole country is watching.