"Covering essential topics like sexuality, gender identity, coming out, and navigating relationships, this guide explains the spectrum of human experience through informative comics, interviews, worksheets, and imaginative examples. A great starting point for anyone curious about queer and trans life, and helpful for those already on their own journeys!"

"In a series of personal essays, prominent journalist and LGBTQIA+ activist George M. Johnson explores his childhood, adolescence, and college years in New Jersey and Virginia. From the memories of getting his teeth kicked out by bullies at age five, to flea marketing with his loving grandmother, to his first sexual relationships, this young-adult memoir weaves together the trials and triumphs faced by Black queer boys." 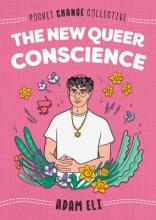 Troublemaker For Justice: The Story of Bayard Rustin, The Man Behind the March on Washington
Houtman, Jacqueline

"At nineteen, Hutchinson was struggling to find the vocabulary to understand and accept who he was and how he fit into a community in which he couldn't see himself. Convinced that he couldn't keep going, that he had no future, Hutchinson followed through on trying to make that a reality -- an attempted suicide. Over time, he came to embrace life, and to find self-acceptance. In his deeply honest memoir, he takes readers through the journey of what brought him to the edge, and what has helped him truly believe that it does get better." Out!: How To be Your Authentic Self
McKenna, Miles

"Activist Miles McKenna came out on his YouTube channel in 2017, documenting his transition to help other teens navigate their identities and take charge of their own coming out stories. From that wisdom comes Out!, the ultimate YA guide to the queer lifestyle. Find validation, inspiration, and support for your questions big and small-whether you're exploring your identity or seeking to understand the experience of an awesome queer person in your life."

The Stonewall Riots: Coming Out in the Streets
Pitman, Gayle E.

"This book is about the Stonewall Riots, a series of spontaneous, often violent demonstrations by members of the gay (LGBTQ+) community in reaction to a police raid that took place in the early morning hours of June 28, 1969, at the Stonewall Inn in the Greenwich Village neighborhood of Manhattan, New York City. The Riots are attributed as the spark that ignited the LGBTQ+ Movement. The author describes American gay history leading up to the Riots, the Riots themselves, and the aftermath, and includes her interviews of people involved or witnesses, including a woman who was ten at the time. Profusely illustrated, the book includes contemporary photos, newspaper clippings among other period objects. A timely and necessary read, The Stonewall Riots helps readers to understand the history and legacy of the LGBTQ+ movement." 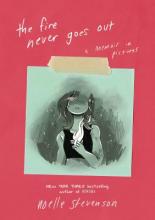 The Fire Never Goes Out: A Memoir in Pictures
Stevenson, Noelle

"Award finalist and creator of Nimona presents a collection of personal essays and mini-comics spanning eight years of the author’s young-adult life to reveal the experiences and embarrassments that shaped her career." 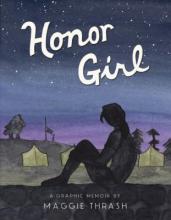 "Maggie Thrash has spent basically every summer of her fifteen-year-old life at the one-hundred-year-old Camp Bellflower for Girls, set deep in the heart of Appalachia. She's from Atlanta, she's never kissed a guy, she's into Backstreet Boys in a really deep way, and her long summer days are full of a pleasant, peaceful nothing . . . until one confounding moment. A split-second of innocent physical contact pulls Maggie into a gut-twisting love for an older, wiser, and most surprising of all (at least to Maggie), female counselor named Erin. But Camp Bellflower is an impossible place for a girl to fall in love with another girl, and Maggie's savant-like proficiency at the camp's rifle range is the only thing keeping her heart from exploding. When it seems as if Erin maybe feels the same way about Maggie, it's too much for both Maggie and Camp Bellflower to handle, let alone to understand." Beyond the Gender Binary
Vaid-Menon, Alok