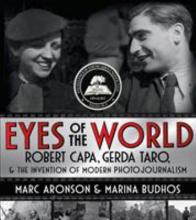 Recounts the achievements of photojournalism pioneers Robert Capa and Gerda Taro as they captured the tragedies of the Spanish Civil War and documented the fight against Facism. 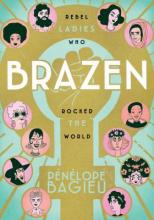 With her characteristic wit and dazzling drawings, celebrated graphic novelist Penelope Bagieu profiles the lives of these feisty female role models, some world famous, some little known. From Nellie Bly to Mae Jemison or Josephine Baker to Naziq al-Abid, the stories in this comic biography are sure to inspire the next generation of rebel ladies. 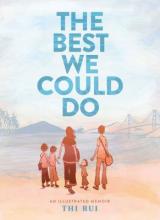 The best we could do : an illustrated memoir
Bui, Thi, author, artist.

The author describes her experiences as a young Vietnamese immigrant, highlighting her family's move from their war-torn home to the United States in graphic novel format. 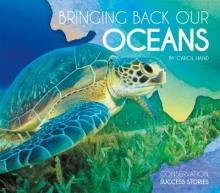 "Bringing Back Our Oceans explains why oceans are at risk and how people are combating plastics pollution, restoring marine biodiversity, and preserving our oceans for future generations. This title also explores the science behind ocean ecosystems and ocean currents. Features include a cause-and-effect flow chart, a glossary, references, websites, source notes, and an index. Aligned to Common Core Standards and correlated to state standards. Essential Library is an imprint of Abdo Publishing, a division of ABDO."--Amazon.com.

Comedian Steve Hofstetter grapples with life after seventh grade--when his world fell apart. Via a series of personal essays, he walks his readers through awkward early dating, family turbulence, and the revenge of the bullied nerds.

A free verse biography of Mary Shelley, the author of Frankenstein, featuring over 300 pages of black-and-white watercolor illustrations.

In the vein of poetry collections like Milk and Honey and Adultolescence, this compilation of short, powerful poems from teen Instagram sensation @poeticpoison perfectly captures the human experience. In Light Filters In, Caroline Kaufman--known as @poeticpoison--does what she does best: reflects our own experiences back at us and makes us feel less alone, one exquisite and insightful piece at a time. She writes about giving up too much of yourself to someone else, not fitting in, endlessly Googling "how to be happy," and ultimately figuring out who you are. This hardcover collection features completely new material plus some fan favorites from Caroline's account. Filled with haunting, spare pieces of original art, Light Filters In will thrill existing fans and newcomers alike. 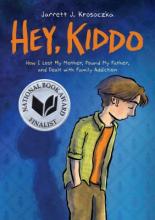 "In kindergarten, Jarrett Krosoczka's teacher asks him to draw his family, with a mommy and a daddy. But Jarrett's family is much more complicated than that. His mom is an addict, in and out of rehab, and in and out of Jarrett's life. His father is a mystery -- Jarrett doesn't know where to find him, or even what his name is. Jarrett lives with his grandparents -- two very loud, very loving, very opinionated people who had thought they were through with raising children until Jarrett came along"-- Provided by publisher. 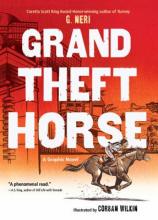 "Gail Ruffu was a rookie trainer known for her unconventional methods and ability to handle dangerous horses. When she became part owner of an untamed thoroughbred named Urgent Envoy, everything changed. After Urgent Envoy showed real promise, her co-owners forced Gail to speed up training and race him too early, causing the horse to develop a hairline shin fracture. Refusing to drug the horse to keep it running, Gail lost Urgent Envoy to her partners, who pushed the horse even harder. One more race would kill him. When nobody heeded her warnings, Gail had to act. So on Christmas Eve, she rescued her own horse. A modern-day outlaw, Gail evaded private investigators and refused to give the horse up. Blacklisted by the racing world, she learned the law at night to take on a powerful L.A. attorney determined to crush her in court. As she stood up for the humane treatment of racehorses, she also faced down the system that caused their demise"--Publisher's description.

For everyone
Reynolds, Jason, author.

"Originally performed at the Kennedy Center for the unveiling of the Martin Luther King Jr. Memorial, and later as a tribute to Walter Dean Myers, this stirring and inspirational poem is New York Times bestselling author and National Book Award finalist Jason Reynolds's rallying cry to the dreamers of the world. For Every One is just that: for every one. For every one person. For every one dream. But especially for every one kid. The kids who dream of being better than they are. Kids who dream of doing more than they almost dare to dream. Kids who are like Jason Reynolds, a self-professed dreamer. Jason does not claim to know how to make dreams come true; he has, in fact, been fighting on the front line of his own battle to make his own dreams a reality. He expected to make it when he was sixteen. Then eighteen. Then twenty-five. Now, some of those expectations have been realized. But others, the most important ones, lay ahead, and a lot of them involve kids, how to inspire them. All the kids who are scared to dream, or don't know how to dream, or don't dare to dream because they've never seen a dream come true. Jason wants kids to know that dreams take time. They involve countless struggles. But no matter how many times a dreamer gets beat down, the drive and the passion and the hope never fully extinguish--because just having the dream is the start you need, or you won't get anywhere anyway, and that is when you have to take a leap of faith."-- Provided by publisher.

"James Earl Ray and Martin Luther King, Jr. had two very different life journeys -- but their paths fatally collide when Ray assassinates the world-renown civil rights leader. This book provides an inside look into both of their lives, the history of the time, and a blow-by-blow examination of the assassination and its aftermath."--Provided by publisher.