Go For the Gold

Courage to Soar: A Body in Motion, A Life in Balance
Biles, Simone

Simone takes you through the events, challenges, and trials that carried her from an early childhood in foster care to a coveted spot on the 2016 Olympic team.

After sacrificing their childhoods, Grace, Leigh, Camille, Wilhelmina, and Monica are competing in the two days of the U.S. Olympic Gymnastics Trials, after which their lives will change forever.

Brooklyn. Since Gravity "Doomsday" Delgado started working with Coach Thomas, she been breaking records, breaking her competitors, and breaking the walls inside her. Boxiing is taking her places. She makes friends with other boxers: flirtatious Lefty, hard-to-beat D-Minus, artistic Kimani "Monster" Browne, and a host of others. But things with her mother are reaching a tipping point, and Gravity has to look out for her little brother Ty. With a shot at the Olympics on the line, she will have to decide what is worth fighting for.

Sixteen-year-old Abby Lipman is on track to win the state swim championships and qualify for the Olympic trials when a fainting incident at a swim meet leads to the diagnosis of a deadly heart condition and forces her to discover who she is without the one thing that has defined her entire life. 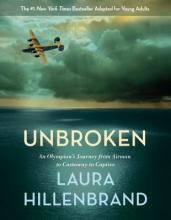 Unbroken: An Olympian's Journey from Airman to Castaway to Captive
Hillenbrand, Laura

On a May afternoon in 1943, an American military plane crashed into the Pacific Ocean and disappeared, leaving only a spray of debris and a slick of oil, gasoline, and blood. Then, on the ocean surface, a face appeared. It was that of a young lieutenant, the plane's bombardier, who was struggling to a life raft and pulling himself aboard. So began one of the most extraordinary sagas of the Second World War. The lieutenant's name was Louis Zamperini. As a boy, he had been a clever delinquent, breaking into houses, brawling, and stealing. As a teenager, he had channeled his defiance into running, discovering a supreme talent that carried him to the Berlin Olympics. But when war came, the athlete became an airman, embarking on a journey that led to his doomed flight, a tiny raft, and a drift into the unknown. Ahead of Zamperini lay thousands of miles of open ocean, leaping sharks, a sinking raft, thirst and starvation, enemy aircraft, and, beyond, a trial even greater. Driven to the limits of endurance, Zamperini would respond to desperation with ingenuity, suffering with hope and humor, brutality with rebellion. His fate, whether triumph or tragedy, would hang on the fraying wire of his will.

Audrey Lee is going to the Olympics. A year ago, she could barely do a push up as she recovered from a spine surgery, one that could have paralyzed her. And now? She's made the United States' gymnastics team with her best friend, Emma, just like they both dreamed about since they were kids. She's on top of the world. The pressure for perfection is higher than ever when horrifying news rips the team apart. Audrey is desperate to advocate for her teammate who has been hurt by the one person they trusted most--but not all the gymnasts are as supportive. With the team on the verge of collapse, the one bright spot in training is Leo, her new coach's ridiculously cute son. And while Audrey probably (okay, definitely) shouldn't date him until after the games, would it really be the end of the world? Balancing the tenuous relationship between her teammates with unparalleled expectations, Audrey doesn't need any more distractions. No matter what it takes, she's not going to let anyone bring them down. But with painful revelations, incredible odds, and the very real possibility of falling at every turn, will Audrey's determination be enough?

Susannah Ramos has always loved the water. A swimmer whose early talent made her a world champion, Susannah was poised for greatness in a sport that demands so much of its young. But an inexplicable slowdown has put her dream in jeopardy, and Susannah is fighting to keep her career afloat when two important people enter her life: a new coach with a revolutionary training strategy, and a charming fellow swimmer named Harry Matthews. 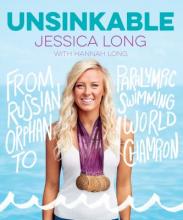 The champion Paralympic swimmer, born in Russia with a condition that would result in the amputation of both legs below her knee, presents a photographic memoir of the life-changing moments that helped shape who she is today.

Lou Brown is a fast individual medley swimmer, training for the Olympics. But when she tanks the time trials, she starts over and goes back to school. It's hard to fit in with the existing social groups. But then, she begins to coach boys in a different type of swimming activity, for a different type of competition.

When seventeen-year-old Kareena Thakkar finally admits she is a top-level Muay Thai fighter, knowing that might further alienate her from her Indian community, her classmates, especially handsome Amit, enthusiastically support her.

After an injury forces Ria off the diving team, she forms an unexpected friendship with Cotton, a neuro-divergent boy who helps her to see that Coach Benny's training methods were actually abuse. Then Benny returns, offering Ria a second chance with a life-changing diving opportunity. How do you separate the impossible from possible when the one thing you love is so tangled up in the thing you fear most?