Looking for more great nonfiction book suggestions for elementary school-aged kids? Try requesting a Personal Reading List and a librarian will send you a list of books tailored just for you! 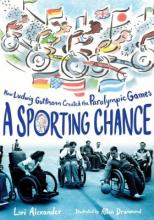 "Telling the inspiring human story behind the creation of the Paralympics, this chapter book biography artfully combines archival photos, full-color illustrations, and a riveting narrative to honor the life of Ludwig Guttmann, whose work profoundly changed so many lives"-- Provided by publisher. "Even in the intensely cold, windy, and dry environment of Antarctica, a wide variety of wildlife--from the massive swarms of krill in the Southern Ocean to the throngs of penguins on its icy shores-- finds ways to thrive. Some species of Antarctic fishes make a natural antifreeze that prevents their blood from freezing solid, and although no trees grow on Antarctica, a forest of giant seaweed flourishes under the sea. Antarctica's creatures are exquisitely adapted to their extreme habitat, but can they survive warmer waters and atmosphere? Scientists are racing to find out"--Amazon.com. 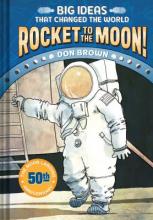 "On July 20, 1969, Neil Armstrong took "one small step for man, one giant leap for mankind" when the Apollo 11 landed on the moon. But it wasn't just one man who got us to the moon. Rocket to the Moon! explores the people and technology that made the moon landing possible. Instead of examining one person's life, it focuses on the moon landing itself, showing the events leading up to it and how it changed the world. The book takes readers through the history of rocket building: from ancient Chinese rockets, to "bombs bursting in air" during the War of 1812, to Russia's Sputnik program, to the moon landing."-- Provided by publisher. Find out all about the amazing animals you need to know but never get to see, from the numbat to the zorilla, and everything in between. 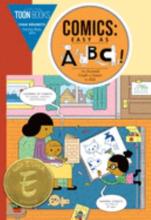 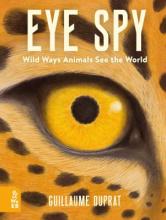 This book shares the latest scientific research on animal vision. Discover pigeons' sunglasses, owls' tube-shaped eyes, insects with thousands of mini eyes, and much, much more. With delightful and surprising illustrations, this book allows us a rare glimpse of the world through animals' eyes. Learn interesting facts such as: cows spot predators coming up from behind, cats see mice scurrying through the night, snakes see infrared-- which we only feel as heat, and eagles see eight times more detail than we can. 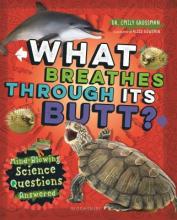 "Why is your elbow called your funny bone? How could you escape the grip of a crocodile's jaw? Which animal can breathe through its butt? This book uncovers the amazing scientific explanations behind all sorts of questions that can pop into our heads. Can an egg bounce? How can a giraffe's ridiculously long neck contain the same number of bones as a human's? How much does the Internet weigh? With delightful interactive features that invite readers to guess answers to questions and make links between different scientific concepts, this is a great book for reluctant readers and STEAM lovers alike"-- Provided by publisher. 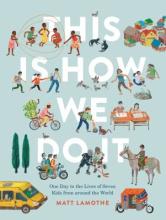 This is how we do it : one day in the lives of seven kids from around the world
Lamothe, Matt, author.

Follows the daily lives of seven children from around the world, including such places as Japan, India, Uganda, and Italy, and discusses how schools, meals, and play can be different or similar in different places in the world. 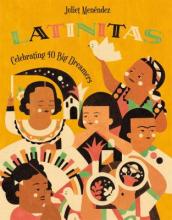 "A celebration of Latinas and Latin American women who followed their dreams, with portraits and short bios"-- Provided by publisher. "Myths about the Mayflower and the Pilgrim's arrival in modern-day America debunked"-- Provided by publisher. "Newbery-Honor winning author Joyce Sidman explores the extraordinary life and scientific discoveries of Maria Merian, who discovered the truth about metamorphosis and documented the science behind the mystery in this visual biography that features many original paintings by Maria herself."-- Provided by publisher. 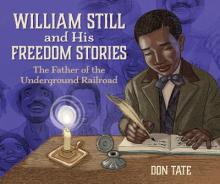 William Still and his freedom stories : the father of the underground railroad
Tate, Don, author, illustrator.

The remarkable, little-known story of William Still, known as the Father of the Underground Railroad from award-winning author-illustrator Don Tate. William Still's parents escaped slavery but had to leave two of their children behind, a tragedy that haunted the family. As a young man, William went to work for the Pennsylvania Anti-Slavery Society, where he raised money, planned rescues, and helped freedom seekers who had traveled north. And then one day, a strangely familiar man came into William's office, searching for information about his long-lost family. Could it be? Motivated by his own family's experience, William began collecting the stories of thousands of other freedom seekers. As a result, he was able to reunite other families and build a remarkable source of information, including encounters with Harriet Tubman, Henry "Box" Brown, and William and Ellen Craft. Don Tate brings to life the incredible true story of William Still's life and work as a record keeper of enslaved people who had fled to freedom. Tate's powerful words and artwork are sure to inspire readers in this first-ever picture book biography of the Father of the Underground Railroad. Henry Brown wrote that long before he came to be know as "Box," he "entered the world a slave." He was put to work as a child and passed down from one generation to the next - as property. When he was an adult, his wife and children were sold away from him out of spite. Henry Brown watched as his family left, bound in chains, headed to the deeper South. What more could be taken from him? But then hope - and help - came in the from of the Underground Railroad. Escape! The author, in poems, narrates Henry Brown's story of how he came to ship himself in a box from slavery to freedom. 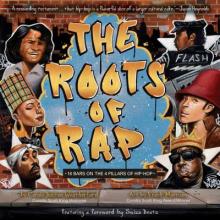 Presents the history of hip-hop including, how it evolved from folktales, spirituals, and poetry, to the showmanship of James Brown, to the culture of graffiti art and breakdancing that formed around the art form.