Looking for more great nonfiction book suggestions for elementary school-aged kids? Try requesting a Personal Reading List and a librarian will send you a list of books tailored just for you! You can also learn more about how to Find Books for Your Developing Reader. 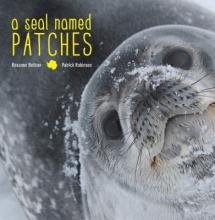 Scientists Roxanne Beltran and Patrick Robinson set off on a polar adventure, traveling to Antarctica to study the lives of Weddell seals. By finding Patches, a wily seal they've been tracking since birth, they'll be able to learn a lot about how much the seals get to eat and how many pups they raise. A Seal Named Patches takes young readers to the very bottom of the globe, where they meet the animals that live in cold, icy conditions. Through photos and real-life stories, young readers will learn about how scientists do fieldwork, the challenges of researching animals in harsh climates, what it's like to fly in a helicopter over Antarctica. 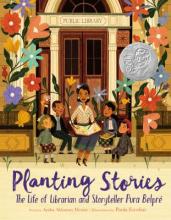 "From the author of MONSTER TRUCK and STARRING CARMEN comes a gorgeous and lyrical story about Pura Belpré, a Puerto Rican librarian who changed the world"-- Provided by publisher.

I want to be a veterinarian
Driscoll, Laura, author.

Explains what a veterinarian is and what their responsibilities are, including helping animals who are sick or hurt. 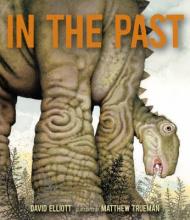 Chronically organized by epoch, a poetic introduction to the dinosaur world illuminates a host of creatures both novel and familiar, ranging from the mysterious trilobite to the famed Tyrannosaurus rex. 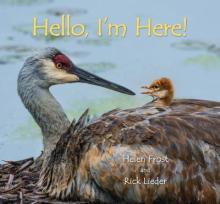 A poetic text and wonderfully intimate photographs follow a newborn sandhill crane as it takes its first steps into the world. Will my legs hold me? What if I fall? Peek in as a sandhill crane hatchling makes its first wobbly stand and takes its first steps alongside its brother. With their parents close by, they flap their wings and dance before enjoying a buggy treat. Someday they will fly with the majestic cranes overhead, but for now, Mama's soft feathers beckon. With a lyrical narrative and lovely photo illustrations, this latest venture from an acclaimed creative team makes a perfect new baby gift -- and will appeal to bird lovers, too. 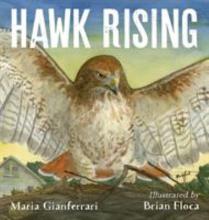 Early morning and a ruffle of feathers, a shadow gliding through the backyard. High above your house Father Hawk circles, sharp eyes searching for prey. Swoosh! He dives after chipmunks, crows, sparrows, squirrels. Screech! The sun hangs low in the sky as three hungry chicks wait. Will they eat today? 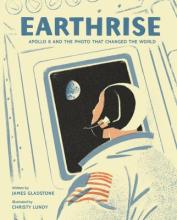 Earthrise : Apollo 8 and the photo that changed the world
Gladstone, James.

"Earthrise tells the story of the first time the planet Earth was photographed in colour from space. The photo, later called Earthrise, was taken in 1968 by the astronauts on Apollo 8, the first US space mission to break free of Earth's orbit and circle the Moon. The Apollo 8 astronauts were surveying the lunar surface for places to land future missions. As they were charting the Moon, they happened to look up just as Earth, in a flash of color and life, was rising above the darkness of space and the dead rock of the Moon. The sight had a profound effect on the astronauts-and the photo they took had a similarly profound effect when it was published back on Earth in newspapers and magazines. By making clear that Earth was, and is, at heart, a world without borders, a home to all peoples, the photo's mind-bending shift in perspective is credited for galvanizing the fledgling environmental movement and sparking hope in a year of global unrest. And, to quote from the last page of the book, 'in a time when people still struggle to live together in peace, that picture of the rising Earth is as powerful now as it was in 1968'."-- Provided by publisher. 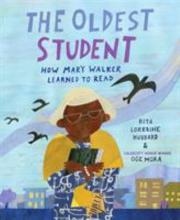 "A picture book biography sharing the inspiring and incredible true story of the nation's oldest student, Mary Walker, who learned to read at the age of 116"-- Provided by publisher. 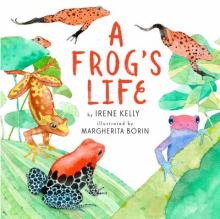 "This exciting survey of the world's frog species will introduce children to varieties as diverse as the golden poison frog (the planet's most toxic animal), the Amau frog (so tiny it's no bigger than a housefly), and the Chinese gliding frog (which can 'fly' up to 17 feet). Their different hunting techniques, preferred foods, body types, and methods of defense are covered, as are the universal basics of the frog life cycle"--Amazon.com. 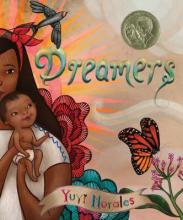 "An illustrated picture book autobiography in which award-winning author Yuyi Morales tells her own immigration story"-- Provided by publisher. 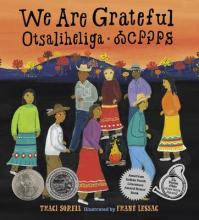 Otsaliheliga is a Cherokee word that is used to express gratitude. Journey through the year with a Cherokee family and their tribal nation as they express thanks for celebrations big and small. A look at modern Native American life as told by a citizen of the Cherokee Nation. 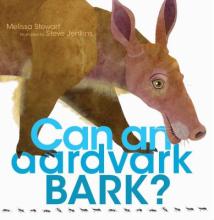 "A non-fiction look at the sounds that animals make and the reasons behind them."-- Provided by publisher. 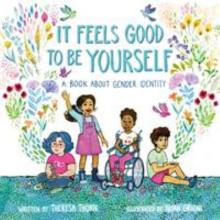 It feels good to be yourself : a book about gender identity
Thorn, Theresa, author. 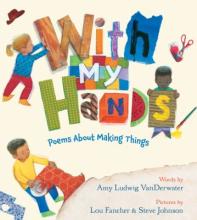 Building, baking, folding, drawing, shaping . . . making something with your own hands is a special, personal experience. Taking an idea from your imagination and turning it into something real is satisfying and makes the maker proud. 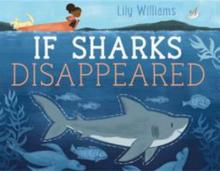 "A nonfiction picture book tracing the repercussions of what would happen if sharks disappeared from our planet"-- Provided by publisher.