Looking for more book suggestions? Try requesting a Personal Reading List and a librarian will send you a list of books tailored just for you!

"Edited by award-winning and bestselling author Cynthia Leitich Smith, this collection of intersecting stories by both new and veteran Native writers bursts with hope, joy, resilience, the strength of community, and Native pride."--Publisher's description.

"Byx is the youngest member of her dairne pack. Believed to possess remarkable abilities, her mythical doglike species has been hunted to near extinction in the war-torn kingdom of Nedarra. After her pack is hunted down and killed, Byx fears she may be the last of her species. The Endling. So Byx sets out to find safe haven, and to see if the legends of other hidden dairnes are true. Along the way, she meets new allies--animals and humans alike--who each have their own motivations for joining her quest. And although they begin as strangers, they become their own kind of family--one that will ultimately uncover a secret that may threaten every creature in their world" --from Amazon website. 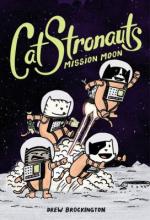 Alerted to a global energy crisis, the President consults with the World's Best Scientist, who suggests sending a special group of astronauts to turn the Moon into a solar power plant.

Mars Patel's friend Aurora has disappeared! His teachers are clueless. His mom is stressed out about her jobs. But Mars refuses to give up--after all, his own dad disappeared when Mars was a toddler, before he and Ma moved to Puget Sound from India. Luckily, Mars has a group of loyal friends eager to help--smart Toothpick, strong and stylish JP, and maybe-telepathic Caddie. The clues seem to point toward eccentric tech genius (and Mars's hero) Oliver Pruitt, whose popular podcast now seems to be commenting on their quest! But when the friends investigate Pruitt's mysterious, elite school, nothing is as it seems--and anyone could be deceiving them. Slick science, corporate conspiracies, and an endearingly nerdy protagonist make this first book in the series a fresh, exciting sci-fi adventure.

"When people look at George, they think they see a boy. But she knows she's not a boy. She knows she's a girl. George thinks she'll have to keep this a secret forever. Then her teacher announces that their class play is going to be Charlotte's Web. George really, really, REALLY wants to play Charlotte. But the teacher says she can't even try out for the part . . . because she's a boy. With the help of her best friend, Kelly, George comes up with a plan. Not just so she can be Charlotte -- but so everyone can know who she is, once and for all" --Publisher description.

In order to heal after his mother's death, thirteen-year-old Sal learns to reach into time and space to retrieve things--and people--from other universes. 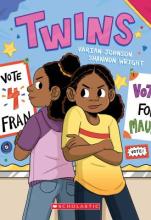 "Maureen and Francine Carter are twins and best friends. They participate in the same clubs, enjoy the same foods, and are partners on all their school projects. But just before the girls start sixth grade, Francine becomes Fran -- a girl who wants to join the chorus, run for class president, and dress in fashionable outfits that set her apart from Maureen. A girl who seems happy to share only two classes with her sister! Maureen and Francine are growing apart and there's nothing Maureen can do to stop it. Are sisters really forever? Or will middle school change things for good?"--Provided by publisher.

Fourth-grader Zayd yearns to play basketball on the Gold Team, but when he skips orchestra rehearsal to practice, his parents forbid anything basketball-related, and tryouts are coming soon. 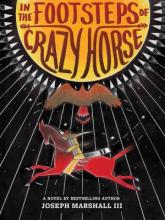 In the footsteps of Crazy Horse
Marshall, Joseph, 1945-

Teased for his fair coloring, eleven-year-old Jimmy McClean travels with his maternal grandfather, Nyles High Eagle, to learn about his Lakota heritage while visiting places significant in the life of Crazy Horse, the nineteenth-century Lakota leader and warrior, in a tale that weaves the past with the present. Includes historical note and glossary.

Wanting to be a part of her family's Dia de los Muertos preparations, Leonora sneaks out of school to discover her mother, aunt, and older sisters have been keeping a secret. 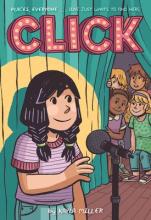 When a school variety show leaves Olive stranded without an act to join, she wonders why all of her friends have already formed their own groups without her. 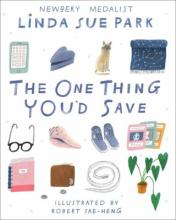 The one thing you'd save
Park, Linda Sue, author.

If your house were on fire, what one thing would you save? Newbery Medalist Linda Sue Park explores different answers to this provocative question in linked poems that capture the diverse voices of a middle school class. Illustrated with black-and-white art.

Chronicles the everyday adventures of Mr. Wolf, a new teacher at Hazelwood Elementary school, and his class of wild and special students.

After moving across the country, thirteen-year-old Natalie auditions for her new school's play and overcomes her fears and insecurities about performing in a wheelchair. 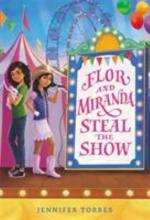 "When Flor finds out that Miranda and her band could potentially put her family's petting zoo out of business, she forms a plan to keep Miranda from an important performance that night"-- Provided by publisher.