Discover new and fantastic worlds with Own Voices SFF 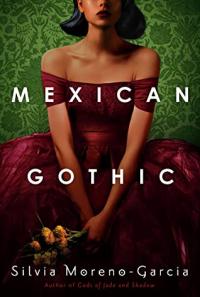 Who doesn’t love a great story able to transport one into a world beyond our own? While skimming the headlines these days feels like reading a dystopian novel with no clear resolution in sight, science fiction and fantasy remain a great source of escape for readers. Why is it that a genre where the possibilities are supposedly endless has been made up of mostly white, male authors for decades? With authors like N.K. Jemison, Silvia Moreno-Garcia and Nnedi Okorafor holding multiple recent Hugo Awards in hand, there is good reason to be hopeful for Own Voices in science fiction and fantasy compared to just a few short years ago. Robin D’Angelo’s White Fragility and Ibram X. Kendi’s How to Be an Anti-Racist have now spent months on the New York Times’ Top 5 bestsellers, showing perhaps even further progress for today’s readers. Major publishers have promised greater representation in their titles, and the public outcry over Jeannine Cummins’ poorly researched one-dimensional characters defined solely by their suffering in American Dirt feels from another lifetime ago (That was this year, wasn’t it?). I personally look forward to watching publishing continue to shift in a more inclusive direction, and remain, like many, cautiously optimistic. In the meanwhile, here are a few of our favorite new(ish) #OwnVoices science fiction and fantasy titles to take you out of this world:

Mexican Gothic by Silvia Moreno Garcia: Silvia Moreno-Garcia has earned a place in the #OwnVoices SFF cannon in just a short amount of time. After last year's breathtaking exploration of Mayan mythology and 1920's Mexico in Gods of Jade and Shadow, it's no surprise that this year's Mexican Gothic is just as rich. In short, this book tells the story of a story of a young woman stuck with distant family she knows little about inside a decaying mansion with a dark secret - so, perfect reading for these socially distanced times!

Trouble the Saints by Alaya Dawn Johnson: Alaya Dawn Johnson brought us 2014's YA viral outbreak thriller Love is the Drug, and is back with a new adult novel this year featuring a 1920's New York City assassin with a magical gift, and a past that can't seem to stop catching up to her.

The Haunting of Tram Car 015 by P. Djèlí Clark: Clark is also back with another sweeping alternate history after 2018's The Black God's Drums. Based in Islamic folklore, this new novella takes readers to an early 1900's Cairo inhabited by djinn, other spirits, sentient automatons, and intrigue. Also coming soon from Clark is Ring Shout, another alternate history fantasy which follows a group of resistance fighters in the early 1900's, who also happen to be demon slayers.

The Deep by Rivers Solomon: Rivers Solomon's An Unkindness of Ghosts is easily among my top 10 favorite science fiction titles, and their latest novella is a stunning exploration of the idea of what may have happened if African slave women thrown overboard survived and were able to create and develop their own society under the deep blue sea. This novella was inspired by a rap song from one of my recent favorite groups, Clipping.

The Water Dancer by Ta-Nehisi Coates: Most readers know Ta-Nehisi Coates' powerful account of his experience as a Black American in Between the World and Me, and The Water Dancer is his first foray into fiction. A near death experience gifts Hiram Walker with a special ability. Despite being born into bondage and facing grave dangers, he sets on a journey to freedom and to support the Underground with his newfound gift. While the book is fiction, many parts are based on real events and at times difficult, though important to read.

More picks from our team!

A Pale Light in the Black by KB Wagers: This written by a nonbinary author and featuring characters all across the gender and sexuality spectrum. Wagers is also a local Colorado author!

The City We Became by N.K. Jemison

We Hunt the Flame by Hafsah Faizal

The Candle and the Flame by Nafiza Azad

Are there any Own Voices science fiction and/or fantasy titles you are especially excited about? Please let us know about them in the comments below! 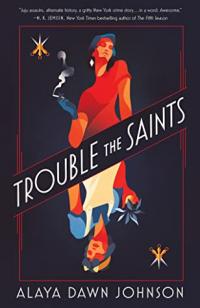 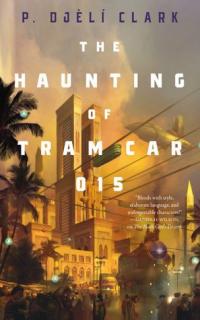 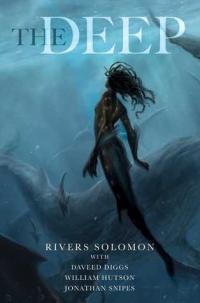 Thanks for reading! Enjoy!