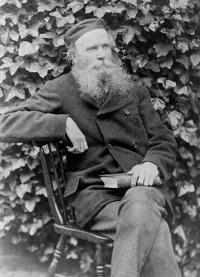 Did you know that there're people out there and they’re getting their words wrong?  It's perfectly understandable, considering the challenges of the English language, such as the homophones (two or more words having the same pronunciation, but different meanings) in the previous sentence.

DPL has two full-text, online dictionaries (available with your library card) that can help you avoid common language and writing errors:

Oxford Dictionaries, a surprisingly entertaining resource, has audio pronunciations for each word entry, as well as:

The Oxford English Dictionary was created nearly 150 years ago with the help of key contributor W.C. Minor, a murderer who was serving a life sentence at an insane asylum, which is detailed in the book The Professor and the Madman:  A Tale of Murder, Insanity, and the Making of the Oxford English Dictionary.  Today's version contains about 600,000 entries and gives present-day meanings, as well as the history and origin of each word. Author Ammon Shea read the whole OED in one year and wrote Reading the OED: One Man, One Year and 21,730 Pages.  Some of his favorite entries include:

Affect and effect are pronounced the same, but affect is usually a verb meaning to produce a change in something or someone. For example, "These new dockless scooters will affect your commute."  Effect is a noun and is defined as result or change due to an action, as in "The effect of the drug had worn off."

Bemused means puzzled, confused or bewildered, and has nothing to do with humor or amusement.

Biweekly or bimonthly can mean occurring every two weeks OR occurring twice a week or month. The best way to avoid confusion is to simply state what it is, such as "every other week," or "twice a month."

Irregardless: this is not a word. Yes, it's in the Oxford English Dictionary, but it is categorized as "nonstandard or humorous" and appears to be a hybrid of irrespective and regardless. But not to worry, it only gets 3 out of 8 for frequency of use.

Literally: would you literally rather stab out your own eye than use this word as an intensifier, as in "My head will literally explode if you kids don't stop arguing?"  Literally all dictionaries now include the informal definition, "Used in an exaggerated way to emphasize a statement or description that is not literally true or possible."

A Merriam Webster lexicographer defends this decision by saying, "There is no plot by dictionary-makers to destroy our language. There is not even a plot to loosen our language's morals and corrupt it a bit. There is, however, a strong impulse among lexicographers to catalog the language as it is used, and there is a considerable body of evidence indicating that literally has been used in this fashion for a very long time."

Random: before you shake your cane at the next young person who uses this word in a random way, be aware that it has also undergone a semantic drift, and its pop culture meaning (peculiar, strange, nonsensical, unpredictable, inexplicable or unexpected) was added to the Oxford English Dictionary back in 2007.

The Elements of Style, by William Strunk, Jr.

The Little Book of Lost Words, by Joe Gillard

Sense of Style:  The Thinking Person's Guide to Writing in the 21st Century, by Steven Pinker

Incredible update of captchas solution software "XRumer 16.0 + XEvil 4.0":
captcha recognition of Google (ReCaptcha-2 and ReCaptcha-3), Facebook, BitFinex, Bing, Hotmail, SolveMedia, Yandex,
and more than 12000 another categories of captcha,
with highest precision (80..100%) and highest speed (100 img per second).
You can use XEvil 4.0 with any most popular SEO/SMM programms: iMacros, XRumer, GSA SER, ZennoPoster, Srapebox, Senuke, and more than 100 of other programms.