How to Survive the Coming Japanese Beetle Invasion 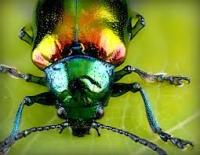 It's spring and time to start working in our gardens and yards again, while keeping our social distance. And for some of us, that means resuming our battle with the reviled Japanese beetle (Popillia japonica).

Previously unheard of in the U.S., the iridescent pest was first spotted in a nursery in southern New Jersey in 1916. And though controlled by predators in Japan, it found abundant food and a favorable climate in its adopted country, with no natural enemies except for humans.

The beetles soon began their march to Manifest Destiny, traveling westward a few feet every year, and by 1972 there were reported sightings in 25 states.  They made it to Colorado in the early 1990s by hitching a ride on nursery stock that was purchased in the Midwest. Bug experts were surprised that the beetles became a problem, assuming they would not like living in our dry climate. But our urban areas provided an alluring environment, with some of their favorite plants conveniently well-irrigated and watered.

Last last fall, female beetles laid between 40-60 eggs each in our lawns, close to the roots of the grass. Now that the ground is warming up, the grubs are gearing up for summer and will transform from the pupal stage into adults, emerging in late June or early July to begin their gluttonous rampage.

They like to eat in groups, and while the older bugs are busy wreaking havoc up above with plants the younger ones are below ground noshing on grass roots, leading to the demolition of your yard in no time at all.

Although there are no quick fixes for controlling the population, this fact sheet from the Colorado State University Extension explains the various options for dealing with the beetles at the larvae and adult stages during different seasons. Solutions include letting your lawn dry out a bit in July, using a product called grubGONE!, and using insecticides that won't kill bees.

The simplest (and most humane) method for dealing with them once they're here, though, is to handpick or shake them from the plants or lawn into a bucket of soapy water (2 tablespoons of liquid dishwashing soap per 1 gallon of water). This is best done in the early morning when they're the most active and should be done using gloves, needless to say.

The Old Farmer's Almanac discourages traps (including the popular fruit cocktail one) since it can attract more beetles to your yard. But the Almanac does offer these strategies:

Strategic plantings can also make your horticultural life easier. Although Japanese beetles are not finicky eaters, they are less fond of plants such as garlic, onions, chives and marigolds, according to this helpful list from Gardening Know How.

The list of what they do like is much longer. According to this list from Farmer's Almanac, they especially like fruit trees and bushes, although they don't seem to do much damage to tomato plants.

Did you know that you can read a huge variety of popular magazines, including gardening titles such as Mother Earth News, Organic Gardener, Amateur Gardener and Better Homes & Gardens using your library card?  RB Digital and Flipster are just two of the many ways you can access some of the library's services during our closure.

In response to the current health emergency, we are currently not providing in-person services. But we're here for you—please contact us through our online chat service Ask Us! or by email. 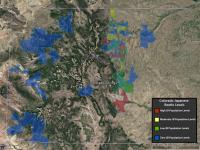 Great article, thank you for it!

Good luck with your yard this summer,Sylvia!

Thanks Lisa, this is super useful. I need to get on the soap spray stat!!

You can also pick them off early in the morning when they are still slow, freeze them in a jar and then feed them to your chickens... if you have chickens, that is. Yum!
: )

Oh, that's a great idea! Making lemonade out of lemons, kind of.