Why Answer the Census? The Statistical Abstract of the United States 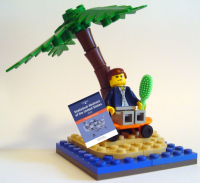 The 24th United States Census will be observed on April 1, 2020, nationwide. By this date, every household will have received an invitation to participate, with three options for responding: online, by mail, or by phone.

The first Statistical Abstract (1878) was compiled by the U.S. Treasury Department's Bureau of Statistics and included "statistical tables in regard to finance, coinage, commerce, immigration, tonnage and navigation, the postal service, public lands, railroads, agriculture, and mining."  The abstract was compiled by the federal government (including the Bureau of the Census starting in 1938) through the 2012 abstract, when it was discontinued. The historical editions (1878-2012) are available online from the Census Bureau.

Starting with the 2013 abstract, the compiling and curating of the statistics was taken over by ProQuest and the publishing of the abstract by Bernan Press (Rowan & Littlefield).  The abstract, called the Proquest Statistical Abstract of the United States, is available in print and in an online version and includes thirty sections covering a multitude of topics.

The 2020 abstract includes 1,421 tables with statistics from many different sources (associations, business organizations, commercial publishers, federal agencies, research organizations, state agencies, and universities). The U.S. Census Bureau is one of 168 sources, but its data shows up in 344 of the 1,421 tables (24.2%). That's about three times more than the Bureau of Labor Statistics (116 tables), about five times as much as the National Center for Health Statistics (80 tables), and about six times more than the Bureau of Economic Analysis (63 tables) and the National Center for Education Statistics (60 tables).

Here are a few examples of Census data you will find in the 2020 Proquest Statistical Abstract of the United States:

As you can see, the Statistical Abstract relies on a variety of sources, but none more so than the U.S. Census Bureau.

The Census Bureau relies on all residents to respond to its various surveys, and perhaps no other survey is more important and critical than the Decennial Census, happening this spring. Responding to the census is required by law, and an accurate and complete count is essential for funding decisions and congressional redistricting. Learn more at Importance of the Data and Impact in Your Community.

Don't have a library card, register online now to get the process started! 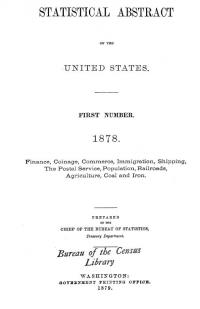 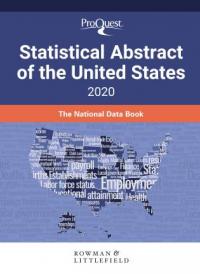