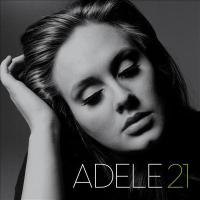 When considering the tracklist for an album or a playlist, the order of the songs is an important consideration. You’d probably want to start with something that grabs the listener’s attention, end with something memorable, and sprinkle in some great songs in the middle.

In honor of the penultimate month of the year, we’re looking at an often overlooked track position, the second-to-last song. The penultimate song on an album can serve many purposes. It can set the stage for the album’s closing track. It can be a place to stow a more experimental song, a skit, a cover, or something that doesn’t quite fit anywhere else on the album. Sometimes it’s an unexpected place to put a fantastic single!

Below is a playlist of second-to-last songs for November. The albums are available through DPL and Prospector for further listening. What’s your favorite penultimate track? Let us know in the comments and happy listening!

1. The Jimi Hendrix Experience - “All Along the Watchtower”

“All Along the Watchtower” comes from the third studio album by the Jimi Hendrix Experience, Electric Ladyland. Originally released as a two-disc record in 1968, it was their most commercially successful release and their only number one charting album. “All Along the Watchtower” was originally written by Bob Dylan and appeared on his 1967 album, John Wesley Harding. Speaking about Hendrix, Dylan said, “he could find things inside a song and vigorously develop them. He found things that other people wouldn't think of finding in there. He probably improved upon it by the spaces he was using. I took license with the song from his version, actually, and continue to do it to this day.”

“Three Little Birds” comes from the 1977 album Exodus. One of Marley’s most popular and covered songs, was at least partially inspired by the canaries and other small birds he enjoyed watching near his Jamaican home.

“Exit” is the tenth track on U2’s 1987 album, The Joshua Tree. It was edited down to it’s album length by producer Brian Eno. It was originally from a much longer jam by the band. The lyrics were inspired by the true crime books, The Executioner's Song by Norman Mailer and Truman Capote's In Cold Blood. In fact, “The Executioner's Song” was the working title of this track.

“Lovesong” is the tenth track on Adele’s 2011 album, 21. It was originally written by Robert Smith of The Cure as a wedding present for his wife. Adele’s mother took her to her first concert (The Cure), where she first heard this song. Her version reached #1 on the U.S. Modern Rock Tracks chart, surpassing The Cure’s, which peaked at #2.

From Santana’s 1999 album, Supernatural. "Primavera" means "spring" in Spanish. Appropriately, the song talks about the season, about new life, and a new era. Fher (aka Fernando Olvera) from the Mexican rock group Mana sings on this song.

6. Simon and Garfunkel - “A Hazy Shade of Winter”

"A Hazy Shade of Winter" is a folk rock song featured on 1968’s Bookends, but it was originally released as a stand-alone single in 1966. The lyrics speak of a poet reflecting on the transition from fall to winter. “I look around, leaves are brown, and the sky is a hazy shade of winter.”

First released as a single, “Sunny Afternoon” was recorded the same month as the Beatles’ “Taxman” but released a month earlier. It also appears on The Kinks 1966 album, Face to Face. The song references the high levels of progressive tax taken by the British Labour government of the time and is written from the point of view of “a dusty, fallen aristocrat who had come from old money.”

While recording 1975’s Blood on the Tracks, Dylan did five takes of this song, the last one is the one that features on the album. The lyrics concern love and loss. In typical Dylan fashion, he sings while playing guitar and harmonica. His sole accompanist is Tony Brown on bass.

The lyrics were originally written by factory worker and amateur songwriter Roy Hayes, based on an overheard comment. Fats Domino recorded it in 1959 and it appeared on his album, Let's Play Fats Domino. The song seems to be about getting over somebody and being all the better for it.

10. Lauryn Hill - “Everything Is Everything”

“Everything Is Everything” is from the 1998 album, The Miseducation of Lauryn Hill. It features the first commercial appearance of pianist John Legend, who was 19 at the time it was recorded. Speaking to the hardships and injustices faced by inner-city youth, it contains the hopeful line, “after winter must come spring.”

“Wish You Were Here” is the title song from Pink Floyd’s ninth studio album, released in 1975. The song segues from the previous song (“Have a Cigar”) as if a radio is changing stations. The song’s opening riff is mixed to sound like the guitarist is playing along to the radio. As the radio fades out the vocals and band come in. One of the band’s most touching and heartfelt songs. As it ends, it segues into the second part of "Shine On You Crazy Diamond."

12. Lionel Richie - “Running with the Night”

“Running with the Night” is the second single from Richie’s 1983 album, Can't Slow Down. Steve Lukather and Jeff Porcaro, of the American rock band Toto, provided the guitar solo and drums respectively.

13. Bruce Springsteen - “Dancing in the Dark”

“Dancing in the Dark” appears on the 1984 album, Born in the U.S.A. American music critic, manager, and record producer Jon Landau told Springsteen that his album needed a hit. Springsteen returned to his hotel room and wrote the song in a single night. It describes how he felt at the time; isolated following the success of The River (1980) and his struggle to write a hit single.

Recorded by The Impressions for their 1968 album, This Is My Country. “Fool for You” is an entrancing Chicago soul song about falling for someone who might be more trouble than they’re worth, written and produced by Curtis Mayfield.

“Yesterday” first appeared on the album Help! from 1965. It’s one of the first solo performances by The Beatles, featuring only Paul McCartney accompanied by a string quartet. McCartney thought of the melody in a dream and at first assumed he must have plagiarized it from somewhere. Although the tune came easily, the lyrics took longer to write. The original, filler lyrics were about scrambled eggs.

“Locomotive Breath” continues the long musical history of literal and metaphorical songs about trains, transport, and travelling. It’s off of the 1971 album, Aqualung and features a killer flute solo by vocalist Ian Anderson. On his fascination with trains Anderson said, “I keep being drawn back to the subject, because public transport is part of my life. I don’t drive, so I rely on buses, trains and the like.”

"White Rabbit" is a song written by Grace Slick and recorded by Jefferson Airplane for their 1967 album Surrealistic Pillow. It features a drumbeat inspired by Ravel's Boléro and lyrics inspired by Lewis Carroll’s books Alice’s Adventures in Wonderland and Through the Looking-Glass. It’s also in the key of F-sharp minor, unusual in rock and popular music.

“No Woman, No Cry” is a cover. It originally appeared on Bob Marley’s 1974 album, Natty Dread. Wyclef Jean sings the lead vocal here, changing certain lyrics to fit his own experience. Marley sings about growing up "in a government yard in Trenchtown," while Wyclef references Brooklyn and Jersey. Interestingly, although Bob Marley is widely believed to have written the song, it’s credited to Vincent Ford; a friend of Marley's who ran a soup kitchen in Kingston.

This song comes from the 1971 concept album, What's Going On, with most of its songs segueing into the next. The narrative of a Vietnam veteran returning home from the war only to find more hatred, suffering, and injustice was partially inspired by letters between Gaye and his brother. “Wholy Holy" is an emotional plea for people to come together with love.

“Inside Out” starts with the chorus of the song. Phil Collins (formerly the drummer/singer of the English rock band Genesis) released it on his 1985 solo album, No Jacket Required. It wasn’t released as a single, but still reached number nine on the Billboard charts.

Do you have a favorite penultimate track? Let us know in the comments and happy listening! 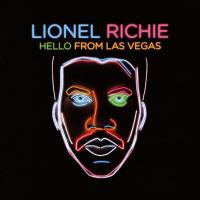 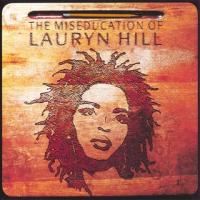 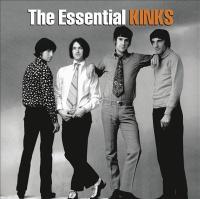 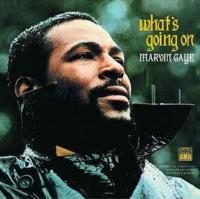 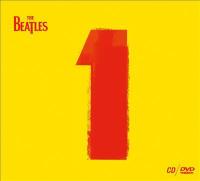 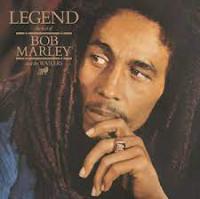 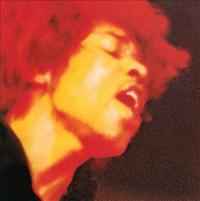 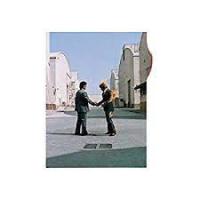 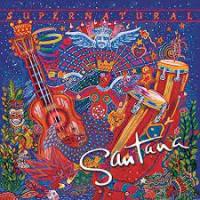 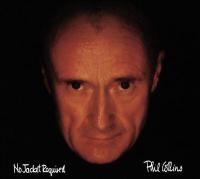 This is so cool!