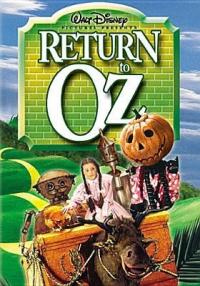 October is here and it's time for some scary movies! The year is less than three months away from being over so you are officially in the home stretch to catch up on all these great films our staff are suggesting for you guys to enjoy!

Nearly all Denver Public Library locations are open for walk-in services but if you’re not yet comfortable coming out to public spaces, we still have so many services available! We have Kanopy, which is always updating with new, awesome films ranging from documentaries to indie films and classics to blockbusters, all for at-home streaming. We also have a great virtual program going for all my movie lovers out there called What We’re Watching, where you can meet up and have discussions with the Denver Cinema Club about movies and television series. This coming November will be part 2 of a 2 part special discussion featuring special guest John Anzalon so be sure to check it out!

There is also a great film panel discussion next week with Rana LaPine on November 10th, be sure to check it out here! The film they will be discussing is called Gather and it's available on Kanopy so you can watch it in advance. Learn about the growing movement among Native communities to reclaim their spiritual, political, and cultural identities through food sovereignty. Great opportunity to experience and learn about something different!

Stacey
Return to Oz (1985) DVD
This movie has been called Dorothy’s second adventure rather than a sequel, which should prepare you for a dystopian version of Oz with that special disturbed 80s feel. While not a classic horror movie, the princess who collects severed heads and her minions, who have wheels at the end of their elongated limbs, are unnerving enough to cause nightmares. Add in Dorothy’s slightly less creepy new friends and, for a realistic bent, the forced mental hospital treatment to result in a dark, twisted tale to watch this October.

Stacey
The Craft (1996) DVD
Witches are classic Halloween characters. While Peter Parker was warned that responsibility comes with great power, these four teen outcasts revel in their power when they dabble in Wicca. The climax involves swarms of snakes, spiders, maggots, cockroaches, and rats trapping the main character, a scene sure to give you shivers. Enjoy this cult favorite and, if you choose, watch the disappointing 2020 sequel, The Craft: Legacy.

Le’ Trail
Scream (1996) DVD
A series of mysterious murders committed by a masked killer transforms a seemingly peaceful community into a place where no one is safe and everyone is a suspect. Part horror movie and part spoof of the slasher genre.

Dodie
F.T.A. (1972) Kanopy
Available for the first time since it mysteriously disappeared in 1972, after only one week in theaters, this raucous film is a riveting slice of the Vietnam anti-war movement. Documentary filmmaker Francine Parke followed Free Theater Associates, a theatrical touring troupe, as they toured to coffee houses, arenas and other venues near U.S. military bases across America and abroad, performing their anti-war cabaret show–and its catchy anthem song, Foxtrot, Tango, Alpha, to cheering audiences of G.I.s. In the Free Theater Associates troupe included folksinger Len Chandler, Pamela Donegan, Paul Mooney, Donald Sutherland and a young and energetic Jane Fonda, who was subsequently dubbed Hanoi Jane for her strong anti-war activities.

Lily
The Killing of a Sacred Deer (2017) Blu-Ray, DVD & Kanopy
A thought experiment turned real, this film is about a sinister teenager who has a vendetta to settle with a surgeon and tells him he has to choose one of his own family members to die or else the whole family will die. It will make you uncomfortable the whole way through, but also tries to ease that with an incredibly dark humor.

Claire
Spirited Away (2001) DVD
This Studio Ghibli classic is perfect for spooky season but is not too scary. A young girl, Chihiro, becomes trapped in a strange new world of spirits. When her parents undergo a mysterious transformation, she must call upon the courage she never knew she had to free her family.

Andrew
The Wicker Man (1973) DVD
The Wicker Man is a British “folk horror” film based on the 1967 novel Ritual by David Pinner. A puritanical police sergeant from the mainland travels to a small, isolated island to investigate the disappearance of a local girl. The villagers’ pagan beliefs and rituals unnerve the officer, who becomes inextricably entwined in the mystery. The original film version is unique, moody, and unsettling. The unintentionally funny and wildly entertaining 2006 remake is also worth seeking out, although for very different reasons.

Carnival of Souls (1962) Blu-Ray & Kanopy
After being involved in a car crash, a young woman takes a job as a church organist in Salt Lake City. She soon finds herself haunted by ghoulish apparitions. This low budget, independent film was the only feature directed by Coloradoan, Herk Harvey. Its spooky atmosphere, eerie organ score, striking visuals, and entrancing performances have made this a cult classic; influencing directors like George A. Romero and presumably, David Lynch.

Kristen A.
Get Out (2017) Blu-Ray & DVD
This movie gave me a whole new sense of what horror movies can be by combining the true horror of racism with more traditional elements like an innocent person taking WAY too long to realize they’re being stalked by evil forces. So many interesting twists and implications that I still think about it regularly, three years later. Check out Get Out if you’re up for some freakiness that might stalk your thoughts for years too.

Daniel
Freaky (2020) DVD
It’s a serial killer slasher movie meets a body swap teen comedy in this clever genre match-up starring Vince Vaughn who plays a serial killer who finds himself body swapped with teenage Millie (Mad Men’s Kathryn Newton).  The kills are pretty gruesome, and the comedy is great because we get to see Vince Vaughn channel his inner high school girl. 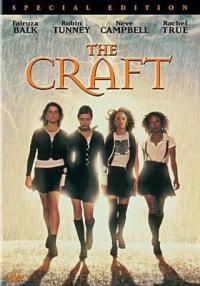 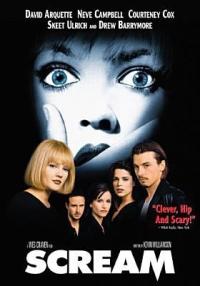 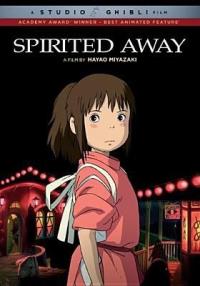 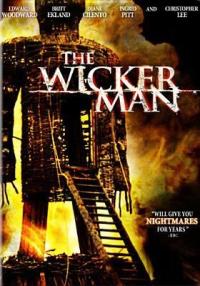 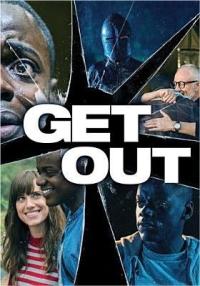 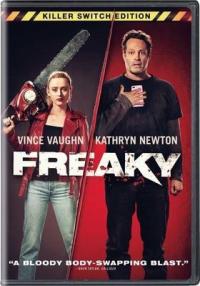