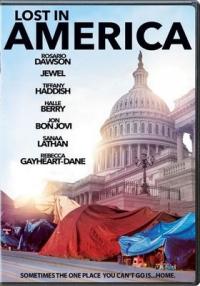 It's November and the year is almost over! With the election over and this virus infecting more and more I don't know about you, but I will be spending the bulk of the season at home as much as I can. But fortunately, we still have the library! Even though our branches are not fully open to the public, we still have so many services available to reach our communities. Don't forget about our curbside holds pickup service that we have on offer so you can gain access to our physical materials! We also have Kanopy that is always updating with new awesome films ranging from documentaries to indie films and classics to blockbusters that you can view at home.

Also, as you know, so many great movies are adapted from great books so if you're looking for your next great read, feel free to try our Personalized Reading List service where our librarians will review what you have loved to read in the past and create a list specifically designed for you that we think you may enjoy also. We'll also make you a Curbside Bundle full of surprises, if you'd like!

Dodie
Lost in America (2020) DVD
According to a recent study, nearly 4.2 million kids live out on the streets due to heartbreaking reasons which director Rotimi Rainwater examines in his caring film, chronicling his six-year journey across 15 cities to grasp the breadth of the epidemic. One thing will be certain after tagging along that trip with him: Your eyes will never skip over homeless and displaced youth again.

Claire
Hunt for the Wilderpeople (2016) DVD & Kanopy
Ricky is a defiant young city kid who finds himself on the run with his cantankerous foster uncle in the wild New Zealand bush. A national manhunt ensues, and the two are forced to put aside their differences and work together to survive.

Kristen A.
Reel Injun (2010) DVD & Kanopy
This refreshing and entertaining film takes us on a journey - led by Cree filmmaker Neil Diamond --  through the ways Hollywood has both reflected and shaped understandings of Indigenous people here in North America - both for Indigenous folks themselves and for those of other backgrounds.

Annie N
Driving with Selvi (2016) Kanopy
We first meet 18-year-old Selvi at a girls' shelter in 2004 - timid, soft-spoken, a fresh runaway from a difficult life. Over a ten-year journey, we see a remarkable transformation as Selvi finds her voice and defies all expectations - learning to drive, starting her own taxi company, leading seminars to educate other women, and much more.

Tara
Crazy Ex-Girlfriend, Seasons 1-4, DVDs
With approximately two musical numbers per episode, there are hundreds of amazing songs that will be happily running through your head. If you like shows with amazing character development, cringe-worthy hilarity in dating relationships, and an overall positive message about mental health, I highly recommend this TV series.

Daniel
The Oath (2018), DVD & Kanopy
Over a Thanksgiving holiday with a politically divided family, a couple (Ike Barinholtz and Tiffany Haddish) who refuse to sign a loyalty oath to the president are visited also by two government agents who make this holiday gathering spiral out of control.  Since we are in the midst of an election and with the holidays approaching, this is a perfect movie to watch right now, as it not only is well acted and has some good humor, but is filled with major social commentary.   Also Tiffany Haddish gives a standout performance, as she is more dramatic than comical in this movie, and she proves that she can do more serious roles really well.

Le’ Trail
You Only Live Twice (1967), DVD & Blu-Ray
In this second to last 007 film starring Sean Connery, WW III nearly breaks out when a U.S. space capsule is swallowed up by what everyone believes is a Russian spaceship. Bond and the British government believe that it is the work of the S.P.E.C.T.R.E. and must find out what their motives are.

The People's Protectors (2020), Kanopy
Four Native American veterans reflect on their experiences in the military during the divisive Vietnam War and how their communities helped them carry their warrior legacy proudly. From the Marine Corps to the Navy to the US Army, veterans Valerie Barber, Art Owen, Sandy White Hawk, Vince Beyl, and civilian eyapaha (announcer) Jerry Dearly recall their memories of one of the most controversial wars in United States history. A lifetime later, these soldiers meet us in the studio as they begin to tell their stories. 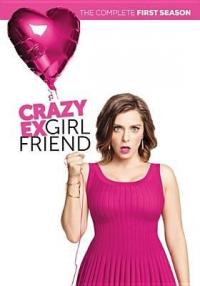 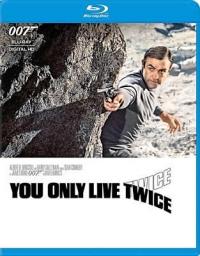 Very interesting article, I love watching movies and I will definitely watch the movies that you recommend in the article. tetris unblocked