Though the Stay at Home order has ended and Denver appears to be slowly opening up, we still don't know when our libraries buildings will be available to customers. Fortunately, we still have digital materials via Kanopy and Overdrive that you can utilize until we find out! Don't forget that you can also create a list through our catalog for physical copies of some of these movies so you can place them on hold when we open up again. (Just in case you have used up your Kanopy credits for the month!) Don't forget that Kanopy is still offering free credit viewing through the 31st of May! Remember, this is just for a particular list that you'll have free viewing, but it's updated pretty regularly so you never know what you may find.

Director Hong Sang-soo works in a mesmerizing, narratively elliptical post-Bressonian way. He is infamous for getting wildly drunk with his cast and coming up with much of the story and scenario as he goes. This lends itself to the naturalistic and believable performances from his cast. This film uses one of his favorite strategies - narrative doubling - to show the nuance and flickers of uncertainty when two people meet. The world of Sang-soo, like all worthwhile auteurs, is not for everyone; but for some, it will be a treasure.

This documentary trails seven of Istanbul’s most charismatic cats around the ancient city, capturing their balance between wildness and domesticity. Each cat, lovable and mischievous, acts as a gateway into the neighborhoods they inhabit. Introducing us to the best place for a sunny nap, a delicious treat, and the many people who care for them. It’s hard for me to describe just how much I loved this film--the city, its people, the cinematography, the soundtrack, the cats--every element is a gentle revelation. (from director Ceyda Torun)

On April 2nd 2011, LCD Soundsystem played its final show at Madison Square Garden in NYC. Frontman, James Murphy, disbanded one of the most celebrated and influential groups of its generation at the peak of its popularity, ensuring that the band went out on top with the biggest concert of its career. Woven throughout is an honest and unflinching conversation between Murphy and author Chuck Klosterman as they discuss music, art, aging, and the conscious decision to call it quits while at the top of your game. (from directors WIll Lovelace and Dylan Southern)

Based on the bestselling book by Nora Ephron, the brains behind all your favorite classic rom-coms, Heartburn was autofiction before autofiction was cool -- the story pointedly resembles that of Ephron’s marriage to Carl Bernstein. Meryl Streep plays Rachel, a food writer who meets and ostensibly tames notorious ladies’ man Mark, played by Jack Nicholson. They wed, take on the ownership of a major fixer-upper in Washington, D.C., and are on their second child when Rachel discovers Mark has been cheating. Toddler and pregnant belly in tow, she’s on the first flight back to New York to reclaim her former big-city life, and to suss out whether there’s anything Mark can possibly do to make amends. Who knew Streep and Nicholson were ever a big-screen pair? Soundtrack by Carly Simon, with whom Ephron could share the Revenge Hit throne, surely.

To Be and To Have: The Successes of a Small School in Rural France (2002) Kanopy; France

May is a month to celebrate and appreciate teachers in our lives and this slow-paced, feel-good documentary does just that. This tender and intimate portrait of a one-room school follows elementary students of all ages who are taught and led by a wise and gentle teacher. The students are shown learning, going on idyllic field trips, and cooking together, but also deal with sick parents, bullies, and transitions into middle school. The preschoolers, especially little Jo-Jo, steal the show with their cute and mischievous personalities.

This Norwegian mockumentary offers high-caliber entertainment despite a low-budget production. The shaky camera suggests “The Blair Witch Project,” but writer-director Andre Ovredal’s impressive array of fantastical creatures, and the film itself, plays more like “Jurassic Park.” With giant trolls. A group of students decide to investigate unusual hunting activity, and stumble across a closely kept government secret - trolls still roam the countryside, and they don’t like humans. Norwegian comedian Otto Jespersen plays Hans the troll hunter to great effect. Entertaining and thoughtful!

Dive into the award-winning films by notable director Ken Burns. There’s no better time to be immersed in the times of yore with Burns’ richly detailed style. You could start with Brooklyn Bridge because it was nominated for an Oscar. Or watch the two that were nominated for Emmy Awards (The National Parks and Jazz). You could instead follow your curiosity to The West to learn the history of this extraordinary landscape and people. Want one made more recently? Try Burns’ series on the Vietnam war.

This sweet and at times funny drama features the great French actors Gérard Depardieu and Gisèle Casadesus. Depardieu plays a semi-literate handyman who doubts his own worth after being the butt of his mother’s hostility and his friends’ jokes for too many years. Casadesus, a former teacher and avid reader,  knows her own worth but her nephew and his wife (who support her financially) clearly don’t. When Depardieu and Casadesus meet at a local park where they both feed the same pigeons, these two kind souls find themselves drawn to each other.  A heartwarming pick about bringing out the best in people and growing beyond our own doubts and fears.

This inspirational true story is about Brian Banks (Aldis Hodge), a high school football star who is wrongfully accused of a crime he did not commit, resulting in a jail sentence and after his release, being required to wear an ankle monitor and stay away from schools ands public gatherings.  Upon his release, struggling to find any kind of work due to his criminal record, Banks teams up with lawyer Justin Brooks (Greg Kinnear) to fight for his innocence against the crooked justice system, so he may play football again (which is really all he wants to do)! 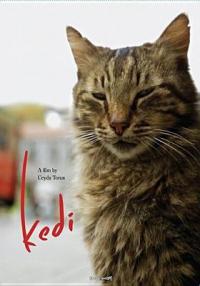 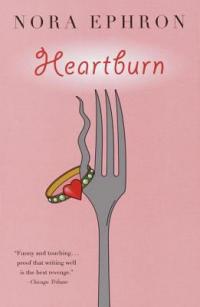 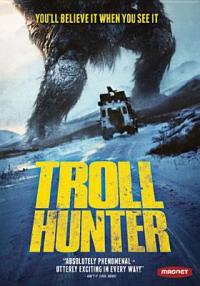