Happy St Patrick's Day, movie lovers! In the spirit of Women's History Month, we at Denver Public Library wanted to offer up our picks of films created by the extraordinary women found in film! Whether they are writers, directors, and/or in starring roles, they do not get enough credit for creating some of the best films in cinematic history and we wanted to appreciate them this month!

Women's stories are centered in this movie about the lives of a family as they prepare to move away from a South Carolina island. Due to the relative isolation on the island, the Gullah community created a distinctive culture and language, which the Peazant family worries they may lose as they move to the “modern” north. Added to the National Film Registry for its lush and poetic visuals and its unique circular storytelling, the movie also influenced Beyonce's Lemonade visual album.

A lovely story about Abla, who lives with her daughter Warda and runs a bakery out of her home in Casablanca. One day, a pregnant Samia comes to her door asking for work and a place to stay. Initially turning her away, Abla changes her mind and brings Samia in, and so begins a simple and sweet relationship by which both women learn a bit more about themselves, as well as how to grieve and heal with one another. They bond over pastry and music, encouraging and learning from one another in an empowering and hopeful way.

This story opens with a fleet of Martian flying saucers encircling Earth. While a blustery general (Rod Steiger) warns the self-aggrandizing US president (Jack Nicholson) not to trust the grotesque little aliens, a scientist (Pierce Brosnan) assures that creatures so intelligent could not possibly mean any harm. The Earth's nations try to give the creatures a friendly welcome, to no avail. The Martians actually are sadistic varmints who enjoy faking out the humans with peace overtures, then opening fire with grisly death weapons. Snarky, hilarious, silly and a wonderful homage to the Topps Chewing Gum trading cards that inspired it!

Lake Bell wrote, directed, and stars in this movie about an unmotivated voice coach who tries to burst into the surprisingly misogynistic world of voice overs for movie trailers. It’s silly, funny and a perfect distraction from current events. The film includes appearances by Demetri Martin, Tig Notaro, Nick Offerman, and Geena Davis.

A single mother, plagued by the violent death of her husband, battles with her son’s fear of a monster lurking in the house, but soon discovers a sinister presence all around her.

Alfre Woodard blew me away and broke my heart in this movie. As a prison warden who has to oversee the execution of a prisoner she knows might be innocent, Woodard grips us with her quiet struggle and conflict. As the film progresses and explores impacts on the prisoner (Aldis Hodge), the warden’s husband (Wendell Pierce), other prison staff, and the prisoner’s family, it becomes emotionally harrowing.  Make sure to watch the interviews with director Chinonye Chukwu and the cast at the end – they add even deeper levels of meaning and emotion to both the story and the filmmaking. Chukwu made history with this film as the first black woman to win the highest award at Sundance, the U.S. Dramatic Grand Jury Prize.

Refreshingly devoid of the male gaze, this movie is a gorgeous exploration of the intimacy, freedom, and constraints two women encounter in late 18th century France.

This documentary gives an inside look at the life and career of legendary West Side Story Puerto Rican actress Rita Moreno and how she had to overcome racism and sexism throughout her amazing career as an actress, singer, and dancer, paving the way for future generations of women.

Director Almodóvar makes women-centered films that don’t shy away from existential and complex topics, and in this film it’s the intersection of AIDS, sexuality, and faith. The main character, Manuela, is an Argentine nurse in Madrid and a single mother to Esteban, a teenager who gets in a terrible accident, which leads Manuela to explore new and old relationships in Almodóvar’s signature style: brilliant deep uses of color alongside intense, emotional situations.

Writer-director Greta Gerwig has crafted a film that draws on both the classic novel and the writings of Louisa May Alcott and unfolds as the author's alter ego, Jo March, reflects back and forth on her fictional life. In Gerwig's take, the beloved story of the March sisters, four young women each determined to live life on her own terms, is both timeless and timely.

The Oscars are coming at the end of this month, which film are you hoping for a win? Or was there a film that you felt should have been included? Let us know in the comments below! 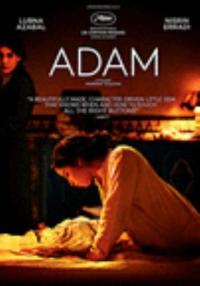 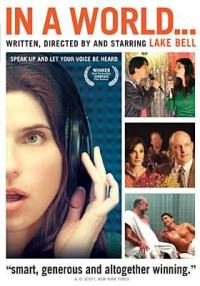 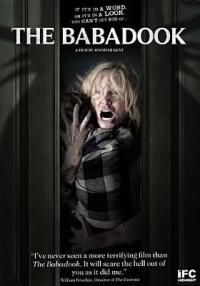 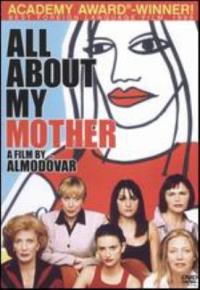 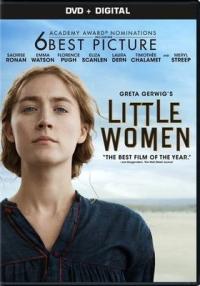