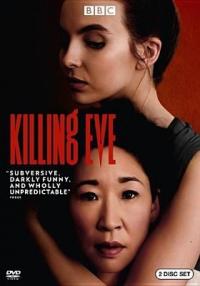 It’s March and I hope you had a great snowy weekend because spring is coming! This month, the staff picked out both TV shows and films they’ve enjoyed watching and wanted to introduce to you all featuring female lead and/or female creators in honor of Women's History Month.

Nine of our branches are open for limited hours across the Denver metro area, but don't forget that even though our other branches are not fully open to the public yet, we still have so many services available, like our curbside holds pickup service that we have on offer so you can gain access to all of our physical materials! We also have Kanopy, which is always updating with new, awesome films ranging from documentaries to indie films and classics to blockbusters, all for at-home streaming.

Who doesn’t love a charismatic assassin? Sandra Oh and Jodie Comer have received multiple awards and recognition for their roles in this wild ride of two women on either side of the law sharing a mutual obsession with each other as they go head to head in an epic game of cat and mouse. Written also by Phoebe Waller-Bridge and adapted from the Codename Villanelle series written by Luke Jennings (book 2: No Tomorrow and Book 3: Die for Me). Final season coming soon, so catch up on the first three seasons!

Sarah is on the run from a bad relationship when a lookalike stranger commits suicide right in front of her. Sarah sees a solution to all her problems by assuming the dead woman's identity and clearing out her bank account. Instead, she stumbles into a thriller mystery, and uncovers an earth-shattering secret: she is a clone. She learns there are more like her, genetically identical individuals, nurtured in wildly different circumstances, and someone is trying to kill them off, one by one. Tatiana Maslany shines in this series playing all of the clones on screen. She manages to give every one of the characters life to the point that you (and even the other actors on set have admitted) completely forget that they are all played by the same person! Five seasons of perfection that I can’t get enough of.

The beautiful scenery is an essential character in this story about a grandfather’s journey from bustling Beijing to his ancestral home in the countryside. Joining him on the trip is his spoiled granddaughter and a pet caged bird; both providing tension and opportunity for transformation. (Directed by Philippe Muyl)

A vegetarian veterinary student is forced to eat meat during a hazing ritual, and her subsequent violent allergic reaction soon turns into animalistic hunger, sheer bloodlust, and an embrace of carnality in all its forms. (Directed by Julia Ducournau)

Lily
Meshes of the Afternoon (1943) Kanopy

This early experiment in feminist filmmaking was made at the Hollywood home of Maya Deren and her husband, it’s a silent short full of evocative images and stylistic camera work.

I love Sonia Sanchez so much -- she’s an amazing poet, integral part of the Black Arts Movement, and all-around kind and caring person. What a treat it was to visit with, listen to, learn from, and be moved by her in this very personal and wide-ranging documentary. Includes readings of and perspectives on Sanchez’s work by a number of other great writers and artists -- Nikki Giovanni, Questlove, Amiri Baraka, Ayana Mathis, Byronn Bain, and more.

More than just a monster movie, this is a wildly prescient quarantine film that makes for edgy viewing at a time when the world is grappling with its own unstoppable mutant foe. The film begins with a short scene in which an American scientist orders his Korean underling to pour formaldehyde down the drains of a lab. We then meet a family who own a buffet kiosk serving food along the banks of Seoul’s Han River, into which the chemical will ultimately flow. Gang-du, a disheveled alcoholic who (barely) works at the booth with his father, joins a crowd bewildered by the sight of a mutated, amphibious fish-like creature that is spotted plunging into the river from a nearby bridge. Chaos ensues, Gang-du’s sister is taken by the fish monster, and soon it’s time for the family to seek revenge. From the director of Parasite, Bong Joon-ho.

Regina King won multiple awards, including an Emmy, for her incredible performance as a secret detective investigating a murder. The TV series questions history, power, storytelling, and perception in an alternate version of the U.S. that can be considered superhero light. King’s physical strength and complexity is showcased in this violent, bold show that will leave you searching for her other films.

Spring calls for soothing scenes of pastoral life in the Yorkshire Dales, right? This reimagining of the popular PBS series that ran from 1978 to 1990, based on the books by James Herriot, follows a young Scottish veterinarian in the 1930s and 40s and all the trials, tribulations, and joys that come from working with farm stock -- and their owners. The show’s unflinchingly close-up depictions of Herriot’s interactions with real animals are especially notable, and you’re sure to fall in love with the cast of quirky characters.

Get more staff picks and share your favorites live every second Sunday at What We're Watching! 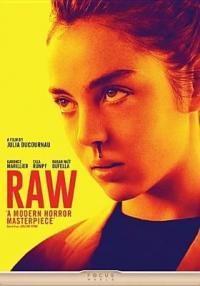 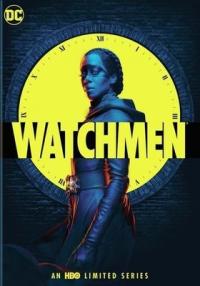 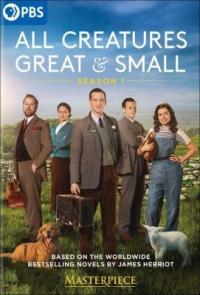 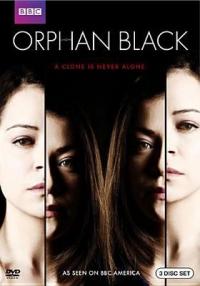