Mid July and the pandemic is still strong! But fortunately, Denver Public Library has got you covered with materials and content to get you through this trying time. With our locations entering Stage 3 of opening, we now offer curbside holds pickup for physical materials. Since we're just starting this next phase of opening up more to our communities, we are limiting the holds option to 10 active holds at a time. In time they may extended to a higher number, but our staff members are working like mad to make sure that you get your items be it movies or books. Although we can't go to the movies, there are a few films that came out this year that are available to watch on Kanopy so remember that this great resource updates with new content constantly.

Stay safe and sane and watch a movie!

Claire
Coherence (2013) Kanopy
A group of friends at a dinner party experience a troubling chain of strange, reality bending events on the night a comet passes closely overhead. From director James Ward Byrkit.

Lainie
Joe Versus the Volcano (1990) DVD
If you like offbeat/silly/existential films that defy logic and the laws of nature -- like Being John Malkovich and Barton Fink, for example -- and you feel like you too may be suffering from a “brain cloud,” Joe Versus the Volcano could be your jam. The debut of the dynamic Tom Hanks and Meg Ryan duo, this cult classic follows a cog in the capitalist machine who learns he has a fatal condition, abandons his workaday life in a blaze of glory, and sails across the world to sacrifice what remains of his life to the wellbeing of an obscure island community. That is, until he accidentally falls in love. Enjoy Meg Ryan playing three different roles community-theater-style, a really excellent shopping/makeover montage, and a surprise cameo from Nathan Lane.

Brooke
The Normal Heart (2014) DVD
A film drama that tells the dramatic, poignant and often-exasperating story of the early days of the HIV-AIDS crisis in New York City in the '80s, taking an unflinching look at the nation's sexual politics as gay activists and their allies in the medical community fight to expose the truth about the burgeoning epidemic to a city and nation in denial.

Dodie
Munyurangabo (2007) DVD, Kanopy
Lee Isaac Chung’s astonishing debut, Munyurangabo, finds life after death in the killing fields of Rwanda. This is the tale of two young men whose friendship is at risk because one is Hutu and the other is Tutsi, warring tribes in the country's genocidal conflict. They soon hit the road, however, and their destination appears to be Sangwa's Hutu home, which he hasn't visited in three years. But Ngabo, who has packed a machete for the trip, isn't entirely happy with this. He plans to seek revenge on the man who killed his father.

Le’ Trail
Inheritance (2020) Kanopy
Starring Lily Collins and Simon Pegg, this mystery thriller focuses on the patriarch of a powerful family’s sudden death, leaving his wife and daughter with a secret inheritance that threatens to destroy their lives. This was selected for the Tribeca Film Festival for 2020 before the pandemic resulted in postponing the festival.

Lily
Santa Sangre (1989) DVD, Overdrive, Kanopy
You’ve never seen anything like an Alejandro Jodorowsky film. More like a mesmerizing dream than a movie, this wildly surreal circus film is macabre, yet beautiful and follows the trajectory of a young circus performer through a strange and shocking world. Be prepared to be unsettled and disturbed.

Stacey
Hereditary (2018) DVD, Kanopy
Hereditary was the best horror movie of the year because of its emotional depth as a family mourning the loss of their grandmother faces increasingly strange occurrences. The movie starts slowly as a psychological thriller but, as shock after shock builds, speeds firmly into a nightmare. Not for the faint of heart or those looking for a fun scare, Hereditary will leave you immersed in the mysterious and dark details of this family and their trauma.

Le’ Trail
Dial M for Murder (1954) Blu-Ray, DVD, & Kanopy
A suspenseful story of love, adultery, blackmail and murder. A wealthy woman in London has an affair while her husband is away. She is subsequently blackmailed, and her husband attempts to have her murdered. One of Alfred Hitchcock's most famous films. This was later remade into A Perfect Murder starring Gwyneth Paltrow and Michael Douglas.

Brooke
Shazam! (2019) Blu-Ray, DVD
Everybody has a superhero inside of them; it just takes a bit of magic to bring it out. In Billy Batson's case, by shouting out one word, this streetwise fourteen-year-old foster kid can turn into an adult superhero, courtesy of an ancient wizard. Still a kid at heart, inside a ripped, godlike body, he revels in this adult version of himself by doing what any teen would do with superpowers: have fun with them! But he'll need to master these powers quickly to fight the deadly forces of evil.

Daniel
Extra Ordinary (2019) Kanopy
Rose, an Irish driving instructor with supernatural talents, must use her abilities to save someone’s daughter from a washed-up rock star turned Satanist (played by Will Forte, in a very hilarious role), in this paranormal comedy that is both very clever/original, and hilarious as well 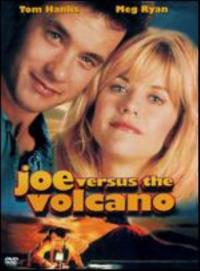 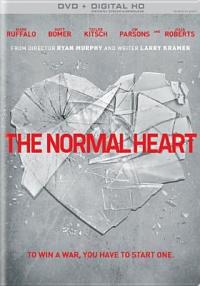 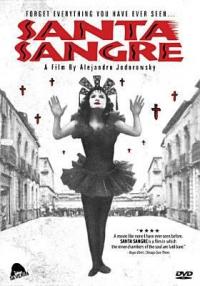 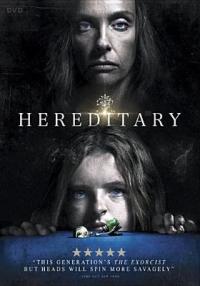 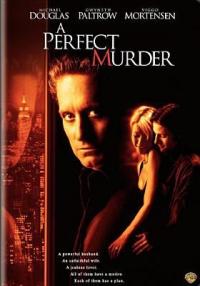 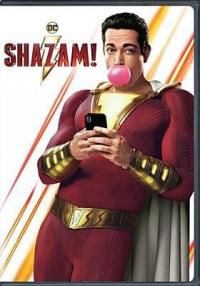