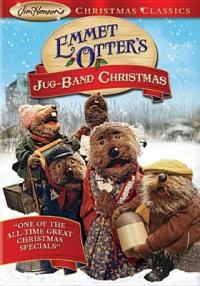 Hello movie lovers! It's that time again for us staff here at Denver Public Library to offer up our favorite movie picks. From new to classics there are so many great picks this month that we couldn't wait to share with you all! This month we picked the theme of our favorite Holiday films for the holiday season!

Did you participate in your library’s summer reading program as a child? The fun doesn’t stop just because you’ve grown up. Take part in our adult reading challenge, Winter of Reading, to find your next favorite book, explore the library’s offerings, and connect with other readers around Denver!

A poor otter family enters a local talent contest in hopes of winning a cash prize for Christmas. A heart-warming classic, directed by Jim Henson, based on the children's book of the same name by Russell and Lillian Hoban. Featuring original music, practical puppetry, and a genuinely hilarious blooper reel!

One snowy night, babysitter Ashley must defend her young charges from home intruders, or so it seems. This comedic, psychological horror thriller has convincing performances and many twists and turns.

For royal watchers who cannot get enough! This hour long documentary sets the stage for the sadness ahead for the Spencer's in 1992; at this point, Diana took solace in spending time with her boys while trying to avoid Charles. You’ll get some Christmas feels while seeing how the royals function behind the scenes.

Lars has created a relationship with a life-sized doll to protect himself from heartache. He doesn’t plan on meeting someone else after beginning his life with Bianca (the doll). When Lars does meet another woman, he must choose between comfort or real love. He also learns what real love actually is.

When Olive the dog (voiced by Drew Barrymore) thinks she hears Santa calling for her help (instead of “all of the other reindeer''), she sets off on a journey to the North Pole in hopes of helping Santa, accompanied by a con artist penguin.  Based on the children’s picture book of the same name and produced by The Simpsons creator Matt Groening, this was originally a holiday TV special which featured great characters (and a mailman antagonist), a few musical numbers, and 2D paper cut out-style animation.

An enterprising Saudi girl signs on for her school's Koran recitation competition as a way to raise the remaining funds she needs in order to buy the green bicycle that has captured her interest.

This documentary looks at the life and work of Iranian artist Monir Shahroudy Farmanfarmaian, who first garnered attention in the 1970's when she pioneered contemporary forms of geometric mirror works.

With the year coming to an end in a couple of weeks have you thought about what your new year's resolution will be? 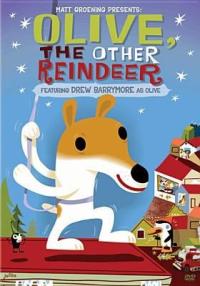 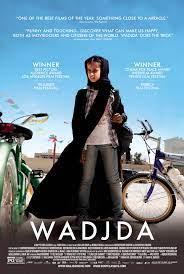 In winter, watching Secrets of Diana's Last Royal Christmas with a tunnel rush is wonderful, it brings joy.