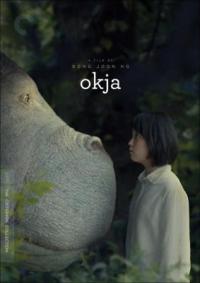 Hello movie lovers! It's that time again for us staff here at Denver Public Library to offer up our favorite movie picks. This month's theme was Back to School! So we all picked out our favorite films centered on school and there were quite a few!

You all know about our great What We're Watching Now program so be sure join us on September 11 for an in-depth look at films from all over for the discussion!

Mija is an orphan who has spent her young life with her grandfather and a giant, genetically modified pet pig, created and owned by a corporation who has nothing but ill intentions for Okja. Directed by Bong Joon Ho, this 2022 Criterion edition includes interviews with crews highlighting the fantastic visual effects.

Arguably the most underrated work of cinema’s greatest director, Buster Keaton’s College is swift, hilarious, hopeful, defiant, and ultimately life-affirming. The story finds Buster as a smart high school grad with difficulties fitting in with the popular crowd. He follows his sweetheart to college and has to compete with the "big man on campus" for the attention of his high school sweetheart. Buster's attempts to fit in at college and with the popular crowd are thwarted in some very funny ways .He finally becomes the hero of the day as the coxwain for the rowing crew. Of course he finally defeats his rival, wins the hand of his beloved and all ends happily.

My Entire High School Sinking Into The Sea (2016) DVD

Best friends and writers for the school newspaper uncover that their school is not up to code and when an earthquake hits, the building begins to slowly sink into the ocean.  The story may be a bit surreal, but the animation alone is pretty unique.

This is the fact-based story of high school principal Joe Clark, who armed himself with a bullhorn and a Louisville Slugger and slammed the door on losers at Eastside High in Paterson, New Jersey.

A group of misfits who are forced to attend adult classes in the longshot chance they'll pass the GED exam.

Have you heard of our IdeaLabs? You haven't?! Well let me tell you about it then! ideaLAB is the library's makerspace! During open lab, you can try out a variety of hardware and software to create music, sew, print 3D designs, make art and much more. Bring your own ideas and projects - there are staff to help you get started. Click here to get the more information along with which branches are available!

What excites you about going back to school? Tell us in the comments below! 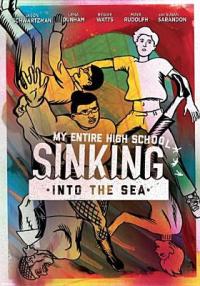 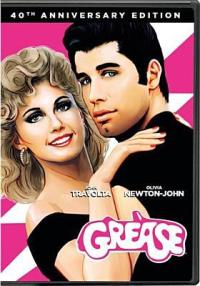 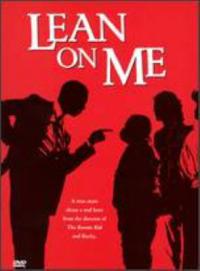 The school theme is always interesting to filmmakers, but how to exploit it depends on the topic they want. I love watching movies that have a tight logical structure and unexpected character changes https://drift-boss.co/

I think entertainment software is a great tool for moviegoers. It helps them keep track of showtimes and titles, as well as provides a convenient way to purchase tickets. By subscribing to our website, you can stay up-to-date on the latest in cinema software and other entertainment news.

Daniel is an interesting movie. I'm very impressed to the characters in this drama cookie clicker