Our experts commit to some serious screen time, as in the big screen, to be sure they bring the best recommendations to you. Yes, we might be our own best customers! Whether you're looking for humor, horror, biography or romance, there's something here for everyone.

Olivia Colman stars in this TV series about a night manager, played by Tom Hiddleston, of a Cairo hotel who is recruited to infiltrate a local gangster’s inner circle. Colman is the spy who recruits the night manager in her personal quest to bring down the gangster, who she suspects of illegal international arms sales. The book, on which the TV series is based, was a New York Times bestseller.

If Olivia Colman’s win for best actress at this year’s Oscars inspired you to see what else she’s acted in, here is a list to start catching up.

Written and directed by comedic actor Jonah Hill, this coming of age story centers around Stevie, a thirteen-year-old boy, growing up in Los Angeles during the mid-1990s. Seeking an escape from his sometimes turbulent family life, he befriends a group of mostly older, skateboarders. His adventures and misadventures with this group of risk-taking teens will influence the course of his life and help define the person he becomes. This realistic and unflinching drama features outstanding performances by a cast of young, mostly inexperienced actors. It also expertly recreates the look, feel, and sounds of the mid90s.

This Indian biopic is based on the true story about a curious inventor who creates the low-cost sanitary napkin machine to help better women's menstrual hygiene, which in India, isn’t the most sanitary. The movie is about a subject matter that might make some people feel a bit uncomfortable, but this shouldn’t steer anybody away from watching it. It’s really about a man who just wants his wife (which is what made him start with this fascination) and all Indian women to have a clean lifestyle in that department. It’s uplifting, with some funny parts in it too, and a very fascinating story. And yes, there are a few songs in it too (but no, it’s not a musical), as no Indian movie can be a “Bollywood”-type flick without a few catchy songs!

Through interviews with the Pope himself and people close to him, as well as footage of his interactions with people around the world, this film shares a positive and thoughtful view of the first pope from the Americas. Pope Francis has made significant changes in what is perhaps the most powerful religious office in the world, inspired by his chosen namesake, St. Francis of Assisi, who lived a life of poverty. An interesting and touching film, even for those of us who follow other faiths.

High school senior, Lily, and her group of friends live in a haze of texts, posts, selfies, and chats much like the rest of the world. So when an anonymous hacker starts posting details from the private lives of people in their small town, the result is shocking. It’s absolute madness, leaving Lily and her friends questioning whether they’ll live through the night. Equal parts comedy, thriller, drama, action, and horror -- this movie packs a bang!

This is a really sweet story about how music influences the relationship between a teenage girl, Sam, (Kiersey Clemons) who is about to go off to college and her dad, Frank, (Nick Offerman) a record store owner and former professional musician. Reluctantly, Sam joins her dad for weekly jam sessions after which one of their songs becomes a surprise internet hit. Frank sees this as his second chance at a music career and a way to hold onto his daughter, while Sam just wants to start her own, independent, life. The music in the film is really catchy and the awkward yet loving relationship between Sam and Frank will have you laughing and crying while rooting for them both to get what they want.

Loving Vincent (2018) is available on Kanopy. It’s a remarkably produced film about this troubled artist,Vincent Van Gogh, through a dramatic reconstruction of events depicted in oil paint animation. 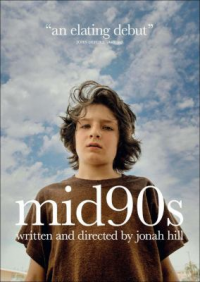 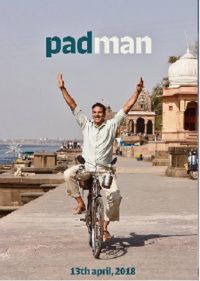 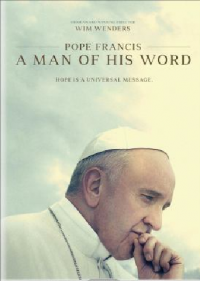 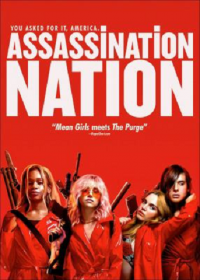 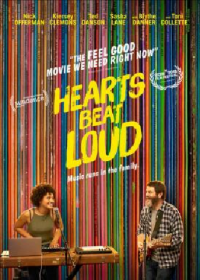 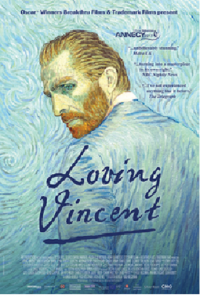