June movies for the whole family 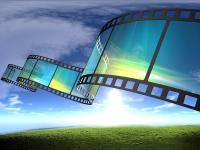 If you are a fan of the silver screen, you’re going to love the month of June. From documentaries to hit movies based on novels to a couple of comedies, our lineup of films will have you jamming your calendar with movie dates. Settle in and get ready to watch some flicks!

Miyazaki Mondays: Kiki's Delivery Service
Mondays, June, 1-3 p.m. @ Ross-Barnum
Join us every Monday in June for a different film by the famous Japanese illustrator Hayao Miyazaki, ending with a documentary about him on June 24. Movie ratings range from G to PG 13. Ideal for ages 3 and up with an adult.

Yasss, Queen!: Film Night: The Adventures of Priscilla, Queen of the Desert
Saturday, June 8, 7-9 p.m. @ RiNo Art District, Modern Nomad, 2936 Larimer Street
What would happen if two noisy queens were sitting in front of you at the theater and talked through the whole movie? Well, you can find out when Dixie Krystals and Shirley Delta Blow host a presentation of—the instant cult favorite—The Adventures of Priscilla, Queen of the Desert. Modern Nomad offers the cool space and Denver Public Library brings the popcorn. Register at www.denverlibrary.org/rinopopup

Film Night
Tuesday, June 11, 6-7:45 p.m. @ Woodbury
Join us as we screen a film from Kanopy. We'll serve up popcorn and drinks so all you have to do is show up.

Sunset Cinema
Tuesday, June 11, 7 p.m. @ Denver Performing Arts Complex, 1400 Curtis Street
Sunset Cinema returns to the Galleria at the Denver Performing Arts Complex with a season dedicated to literary greats. This summer we’ll explore hit movies based on novels you probably covered in high school English. The free outdoor film screenings, made possible by Denver Film Society, will include themed pre-show entertainment, fun food and beverage options for purchase, costume contests and more. No need to crack open the CliffsNotes., DPL will help us bring these classics to life before we even hit play. Visit artscomplex.com for event information. Join us June 11 for Cruel Intentions-Les liaisons dangereuses. See website listing for additional July and August dates.

American Creed: Film Screening and Discussion
Sunday, June 23, 1-3:30 p.m. @ Gonzales
In this documentary film, former U.S. Secretary of State Condoleezza Rice and historian David M. Kennedy lead a moving discussion with people from diverse backgrounds about the question: What does it mean to be American today? This screening will be followed by a discussion facilitated by CU Boulder professor of Africana Studies Dr. Awon Atuire.